MidAmerica Outdoors held its sixth round of the MAO $210,000 UTV Race Series, and the short-course racing drew 153 entries in 15 classes. Kainan Baker returned to his winning ways in Pro NA 1000s; he had three wins and a second heading into the last round but suffered a bent trailing arm on his RS1 in the second moto and had to settle for fourth overall.

There weren’t enough round-six Pro NA 1000s to split first-moto starts, and Baker was on a mission. He led every lap of heat one and took the win ahead of Ray Barnes (Pol) and Brock Lawson (Pol), who won round four. Round five winner Eli Bieschke (Yam) took the lead in moto two ahead of Baker and led three of five laps, but Baker got by on the fourth lap and held on for the win with an 8.4-second gap over Bieschke. Lawson was third, and Baker set the fastest lap, a 02:25.312.

With momentum from his second win of the season at the last round, Nathan Wolff was looking to climb the Pro Turbo series points ladder. Scott Champion (C-A) grabbed the lead of the first heat with Wolff hot on his bumper. Champion held off Wolff for two laps, but Nathan turned a 02:19.934 on lap three and took the lead and win. Scottie Lawrence (C-A) took the second-wave lead ahead of Cody Martin (C-A) and led to the white flag, but Martin slipped past on the last lap for the win.

Martin grabbed the lead of the five-lap Pro Turbo main, turned a 02:19.368, and had a huge lead, but he broke a belt on the fourth lap and DNF. Wolff ran second early and took over the lead, finishing first and 6.7 seconds ahead of Lawrence, who had started sixth and worked to third by the midway point. Devin Young, who had won the first two MAO rounds, was third in his Yamaha. However, a sixth in the first race dropped Young to fifth overall on the day. Champion got hit on the start and bent a shock shaft and trailing arm; he was sixth in the moto and fourth overall.With his third win, Wolff tied points-leader Young but has one more win, so he takes over the points lead on the tie breaker with two rounds to go.

Ryan Tewksbury (C-A) went 1-1 to win the Expert Turbo class ahead of Austin Braden (C-A) and Richard Baird (C-A), and then he went 1-1 in Vet 40+ Turbo. Lake Edwards and Eddie Ensign traded Expert NA 1-2 finishes in their Honda Talons, with Edward taking the overall. Sean Philbin (Pol) was third. 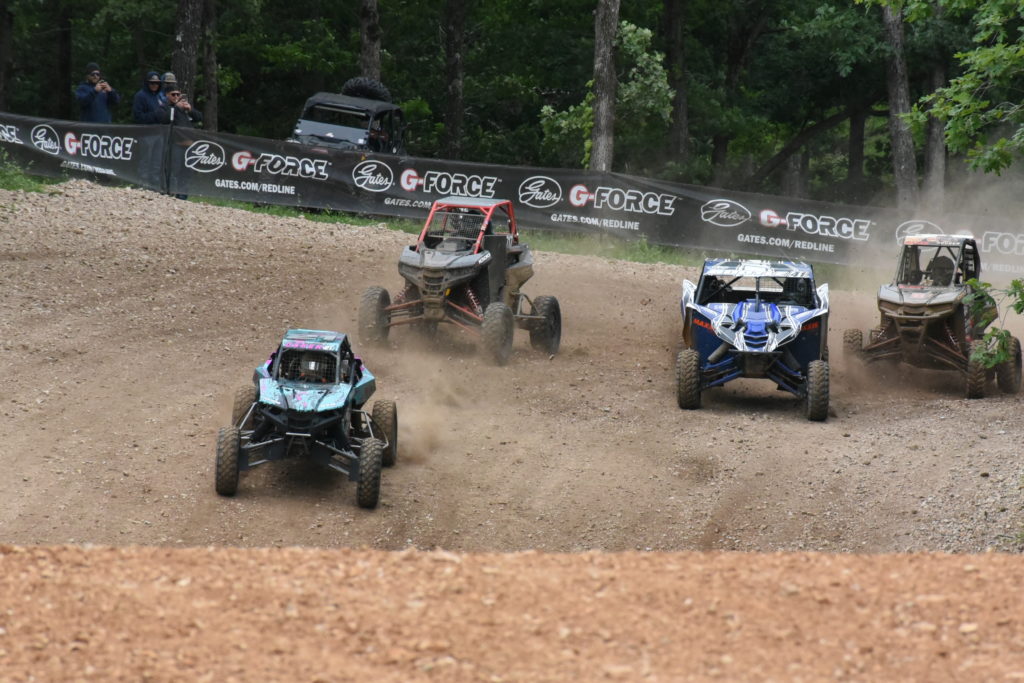