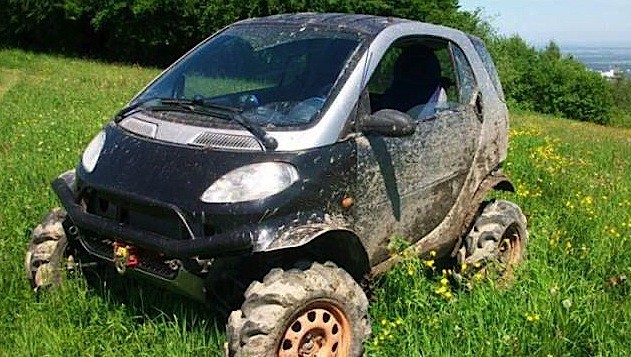 — IS THERE NOW AN OFF-ROAD VERSION OF THE SMART CAR?

— Wouldn’t that be something, but no, if you want one you have to build your own. That’s what Gerogiy Kosilov did here. He figured his Smart car was no bigger than a RZR so why not turn it into a UTV. Since the motor is in the back it already had the right weight placement for an off-road machine. 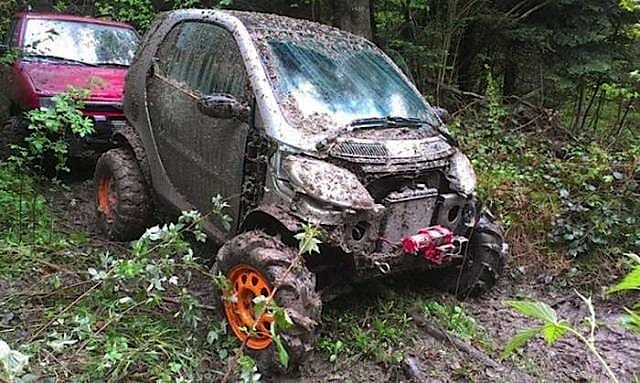 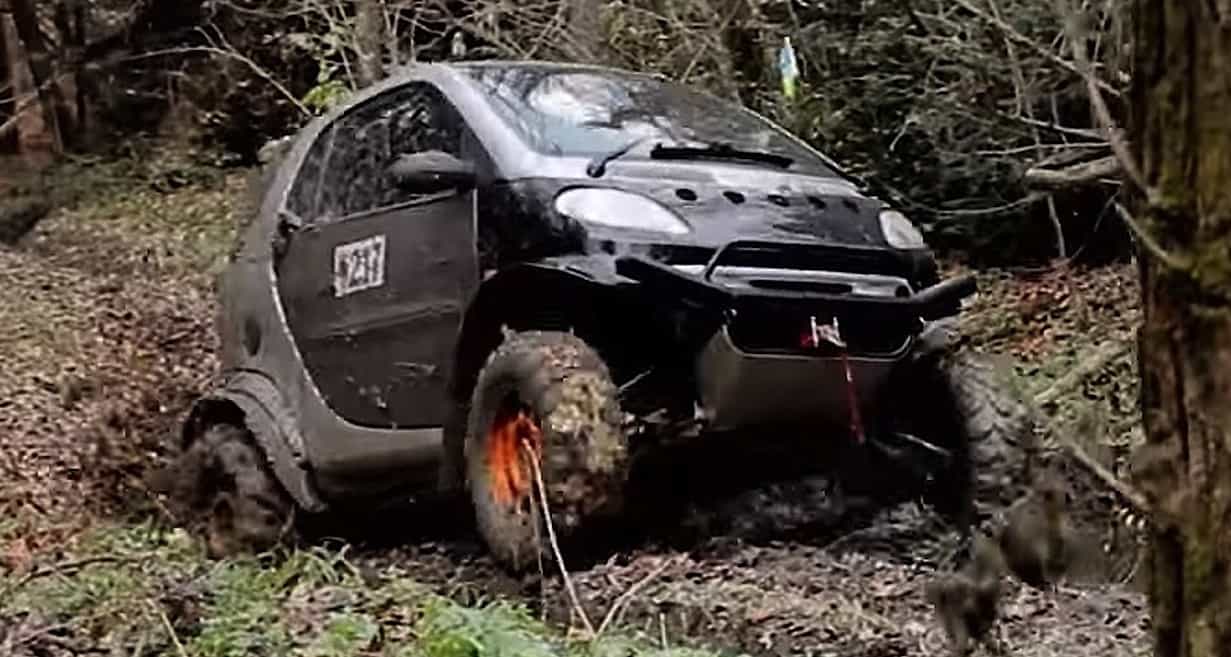 The first thing Gerogiy did was mount up some bigger wheels and mud tires on his Smart Car. Next he had to raise up the suspension for more ground clearance. 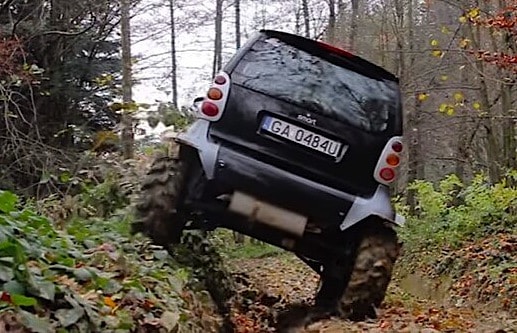 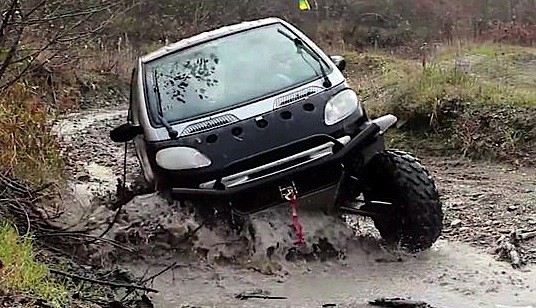 The Smart Car has only rear wheel drive, but Gerogiy knew it had to be a 4×4 to keep from getting stuck. Converting it to all-wheel-drive was obviously the biggest challenge. He was able to engineer a make shift drive system to the front wheels by using parts from Honda, Volkswagen and Mitsubishi. 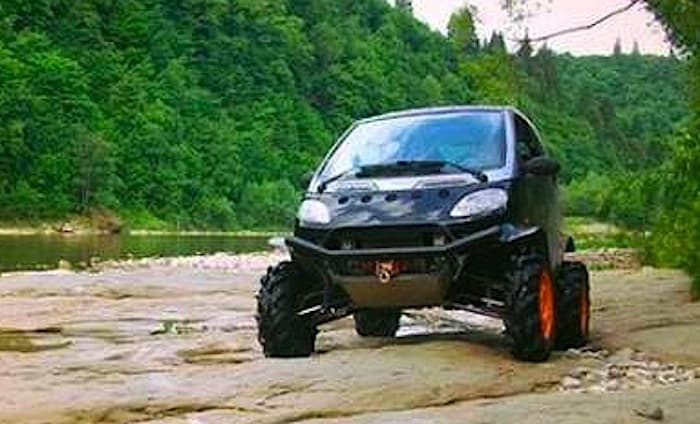 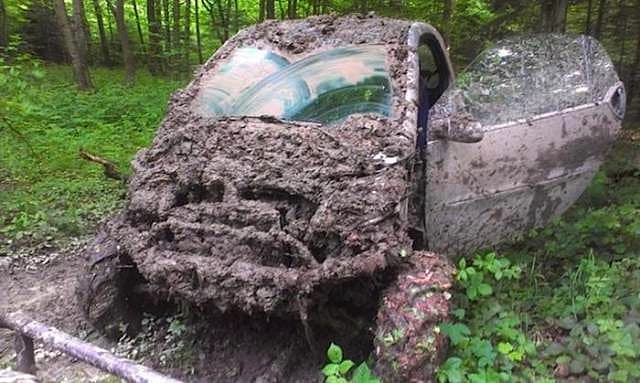 So, what you see here is what happens when a man has an idea and is determined to make it a reality. Yeah, his Smart UTV is not going to smoke a Polaris RZR, but it allows him to travel across gnarly trails at a more casual pace. Since his machine remains street legal he doesn’t need to put it on a trailer to get to his favorite riding areas.