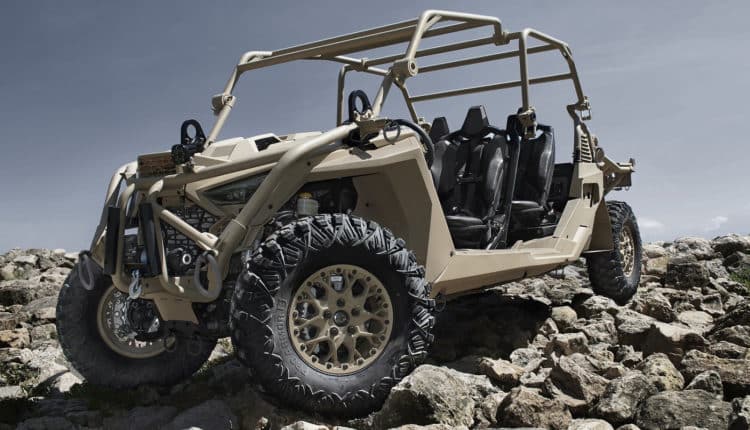 Polaris Defense announces its 11th military vehicle in 12 years, the MRZR Alpha, which is based on the new RZR Pro XP platform! Developed for US Special Operations Command (USSOC) on a General Services Administration (GSA) $109-million contract signed 29 May 2020, the MRZR Alpha Light Tactical All-Terrain Vehicle (LTATV) is designed to be transported inside an Osprey V-22 or H-47 helicopter, or under larger rotary craft. 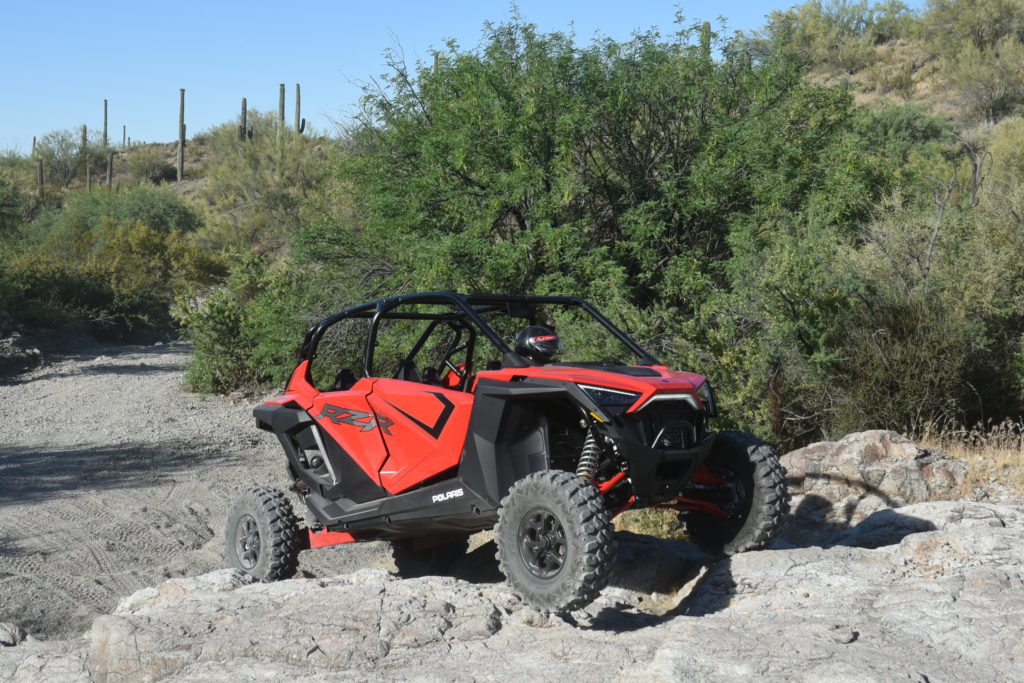 The MRZR Alpha is powered by a turbo-diesel engine producing 200 ft-lbs of torque and 118 horsepower connected to an 8-speed automotive transmission. Fuel (mission) range expands to up 225 miles, running on DF1, DF2, JP8 or F24 fuels and topping 60 mph! Ground clearance is 12 inches and suspension is most like the RZR 1000 S. Tires are 32-inch Pro Armor run-flats on five-lug bead-lock rims. Front disc brakes have triple-piston calipers like the Pro XP. All this means superior performance and maneuverability with more room in the cabin plus room for two litters. Alphas can also tow 1,500 pounds. 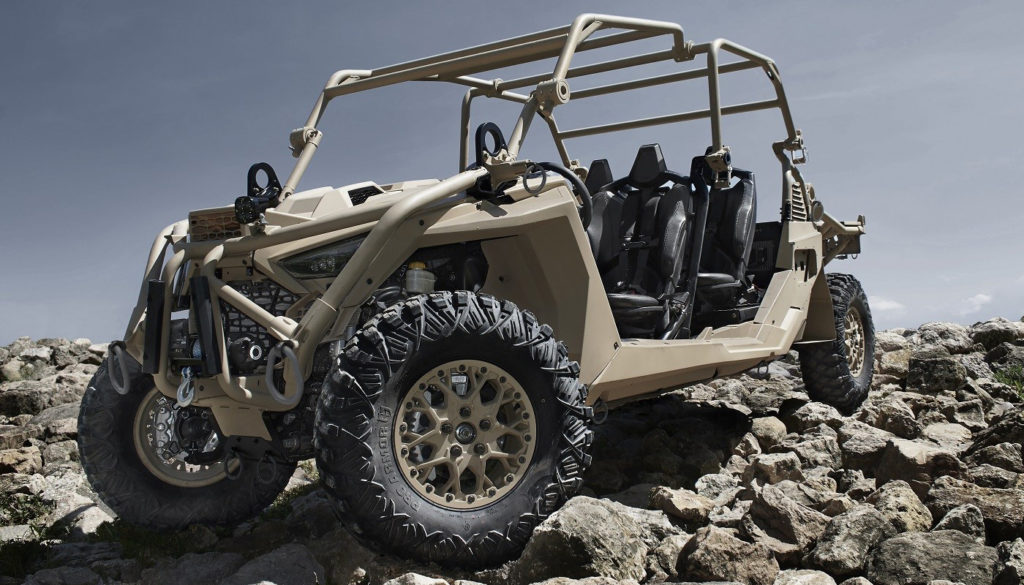 There are multiple weapons capabilities (counter unmanned aerial systems or C-UAS, direct-fire weapons, high-energy laser systems, Intelligence-Surveillance-Reconnaissance or IRS systems), tactical aviation-ground refueling systems, and even autonomous packages, and Alphas can also be configured with two rear-facing seats. Previous MRZRs have been sold to 120 countries, and the MRZR Alpha will no doubt prove equally popular, or more so.

WHERE TO RIDE & RACE YOUR UTV: STURGIS OFF-ROAD RALLY