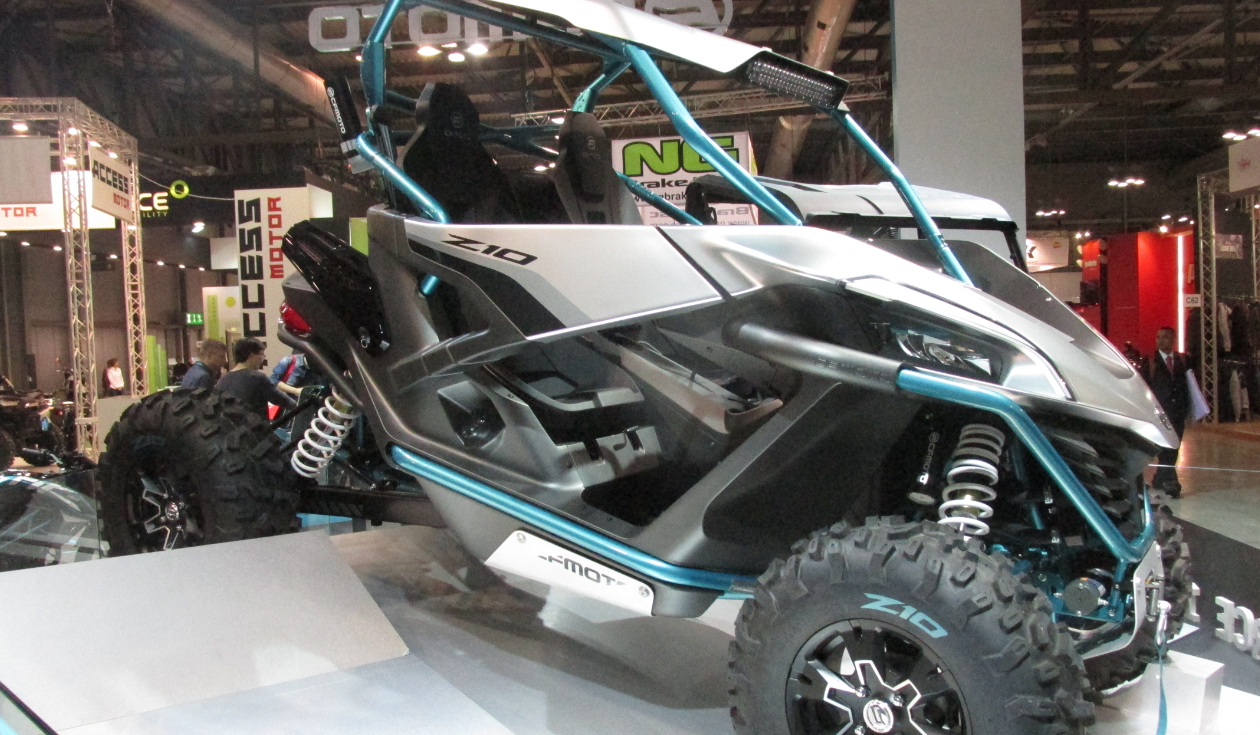 The EICMA show in Milan, Italy is where motorcycle, ATV, UTV and bicycle manufacturers displays their new models for the next year. It was held recently and this new CF Moto Z10 was on display at their booth. They wouldn’t say if it was simply a prototype concept machine, or an actual model for production in 2018. Our guess is that it will indeed be available for sale at some point, but exactly when is something they can’t commit to at this point. 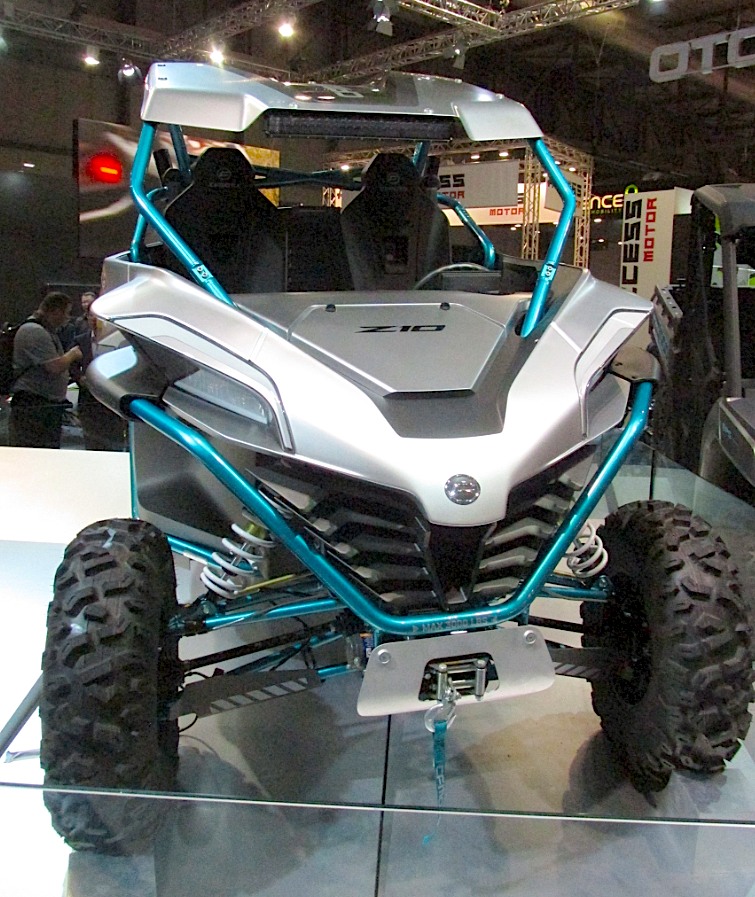 So, what are some of the specifics we can expect from the Z10? Well, let’s take a look at their Z-Force 1000 that came out this past year. It uses the same chassis as the Z-Force 800, except the V-twin engine is larger. It has a displacement of 962.6cc with a bore and stroke of 91 x 74mm. The 8-valve, fuel-injected engine produces 80 horsepower at 7000 rpms. 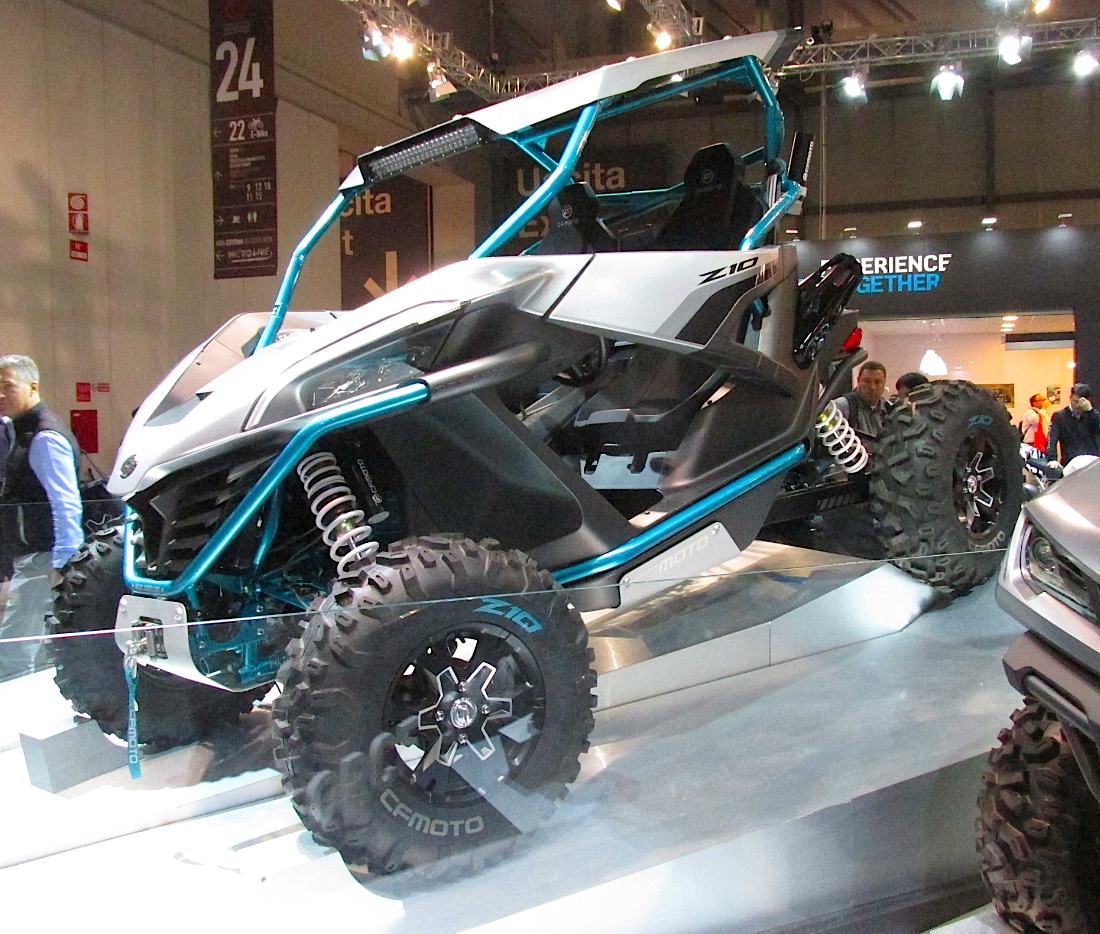 The Z-Force 1000 has a 80 inch wheelbase and weighs 1,345 pounds. It uses double A-arm, independent suspension at all four corners, but the Z10 appears to have more wheel travel than the Force. The chassis and cage certainly look different as well. With its doors and sleek styling the Z10 does indeed provide the look of higher performance. Will it actually get you down the trail as quick as A RZR or Maverick? Well, hopefully CF Moto will soon provide a Z10 for the UTV Action magazine crew to test, so we can give you a full report. 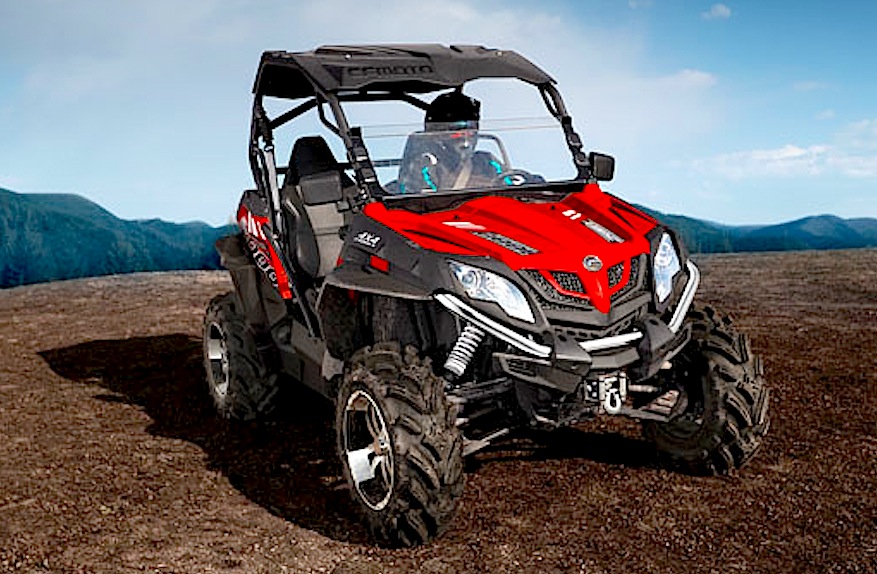 This is the current Z-Force 1000 and as you can see it looks rather different than the Z10. 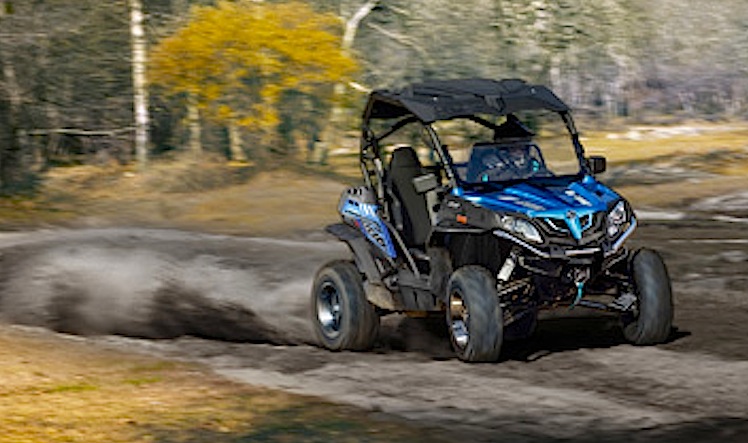 ENTER TO WIN: NEW WHEELS & TIRES FOR YOUR RIDE!