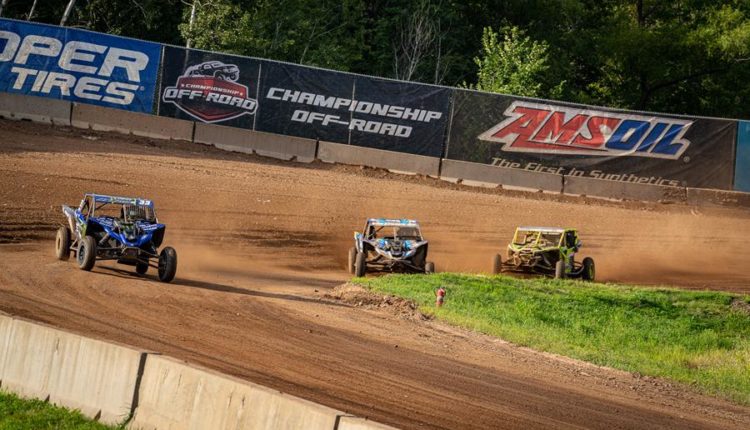 Hometown hero Andrew Carlson switched from Pro2 to a Polaris Pro XP and won the Pro Mod UTV main at the return to ERX Park in Elk River, Minnesota. Qualifying fourth, Carlson had to work his way past Rod VanEperen and CJ Greaves, and he did so in less than three laps. Carlson led the remaining nine laps, as Greaves closed the gap but had to settle for second in front of series rival Kyle Chaney.

In Pro Stock UTVs, Greaves was top qualifier but was inverted to sixth on the start with Owen VanEperen holding the lead for the first five laps of 12. The mid-race caution bunched up the field, and Jeremy Houle put his Wildcat XX in the lead with teammate Jack LeTourneau in tow. A mechanical slowed Houle and collected LeTourneau, and Greaves snuck by for the lead. Le Tourneau recovered for second with Yamaha’s Zach Zakowski third.

Day Two again saw Carlson in the news battling Greaves, but it was in Pro4, where Greaves swept the weekend. Greaves then won the Pro Mod UTV main ahead of Rodney VanEperen (Yam) and Can-Am factory pilot Kyle Chaney. CJ’s ERX2 win gave him a 13-point lead over Chaney in Pro Mods, with VanEperen only a point behind Chaney in third.

Restarts plagued to Sunday Pro Stock UTV main, and Jeremy Houle was able to sprint into the lead each time in his Arctic Cat with Greaves’ Yamaha ht on his rear bumper. The triple-powered duo traded the lead several times with Houle taking the win and Jason Luburgh (Pol) taking the final podium spot behind Greaves. Houle moves to fifth in Pro Stock points at the series halfway point, and Greaves stretches his points lead over Luburgh to more than 40. 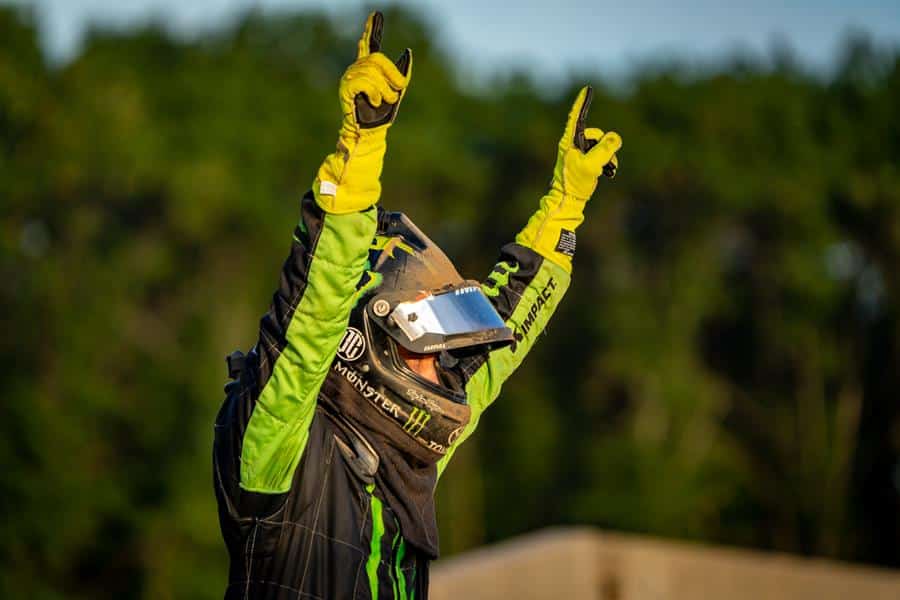