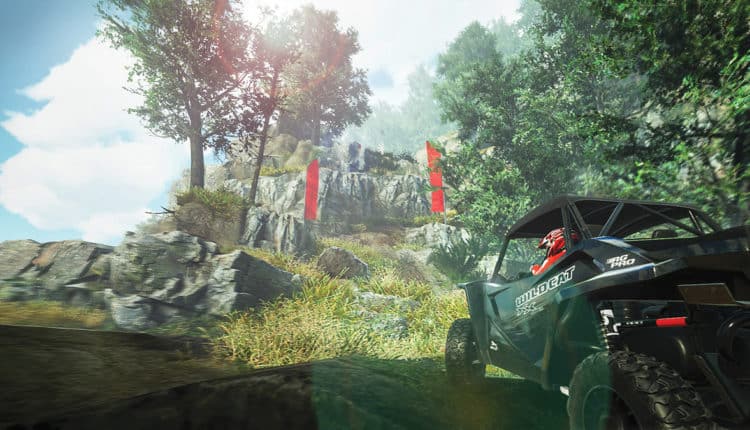 WHAT IT IS: OVERPASS VIDEO GAME

The new Overpass video game is the latest exclusive ATV/UTV game available for PC via the Epic Games store, PlayStation 4 and Xbox One for $39.99 on all platforms except Nintendo Switch, which costs $54.99. Additionally, you can purchase extra vehicle packs ($3.99–$8.99) that give you stronger aftermarket parts from companies like S3 Powersports.

Players take on the game’s terrain-based challenges with a fleet of real-world machines. You need to master these vehicles to dominate the meticulously planned levels filled with both natural and man-made obstacles, including hills, rock piles, old tires, logs, pipes and an off-road version of a seesaw. In the game developed by Zordix Racing and published by Nacon, you can race solo, or head to head via split screen, on 43 different tracks at six different venues. Tracks are categorized as either a hill-climb or obstacle course, and both offer unique and realistic challenges. Machines include a Polaris Pro XP, Turbo S and RS1; Yamaha’s YXZ and Wolverine; and an Arctic Cat Sport, Wildcat X and XX.

The machines are as lifelike as they come. From the suspension components to the tire tread, the makers of this game nailed it. Furthermore, as you control the machines around the various tracks, the car looks as if you are following the real thing.

When tackling obstacles like logs, ruts and ditches, the cars move as they should. The challenge is more about picking the right line, not only to get through extremely difficult sections, but to save the car from damage, such as flat tires and broken axles. We know quite a few racers who could learn a few things playing this game.

Overpass took a little getting used to. Learning that the terrain is a little steeper than it appears helped us gauge how we needed to tackle some of the hill-climbs. After that, we started challenging ourselves to set higher and higher scores. Once we started improving and continued to one-up each other, we were hooked.

If you have a game console at home and want to hone your skills or just have a little fun away from the trails, get Overpass; you’ll dig it.