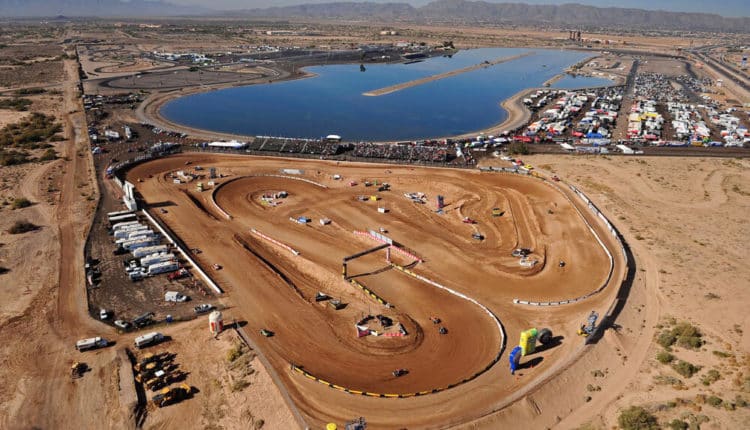 Friday, Anderson beat Chance Haugen (Pol) to the checkered flag by less than a second, with Corry Weller (C-A) third. LOORRS races have a mid-race caution to tighten the field and promote closer racing, and Haugen kept Anderson in his sights. Ronnie had to make his last lap the fastest with a 45.724, as Haugen turned his fastest lap before the white flag to close on the #752 Turbo S.

In Production 1000s, Myles Cheek crossed the finish line less than a second ahead of twice-champion Brock Heger (Yam), with Dallas Nord (Yam) third. The 1000s were flying, as Cheek’s best lap of 45.555 was than two-tenths off of Anderson’s turbo time. Cheek’s fast time was on the ninth go-round, with Heger’s fast lap the eighth.

Saturday, the Wild Horse Pass LOORRS track got even faster. Anderson won by a whopping 12.453 seconds over Weller, yet he still turned his fastest lap, a 44.483, on the white-flag lap. Robert VanBeekum was third in another Polaris. In Production 1000s, Cheek again led Heger across the finish line, only a quarter-second ahead, with a fast lap of 45.566. Robby Hornsby (Yam) was third.

Sunday, Anderson got even faster with his third Production Turbo win of the weekend and a fast lap of 44.342 seconds. Weller was second, 5.146 seconds behind Anderson, with Trey Gibbs (Pol) third. The Production 1000’s final main of the weekend brought out many cautions, but Cheek again dominated in his trick RS1 and led Heger across the line, winning by a third of a second, with Hornsby again third. Only seven of 15 1000s made all 12 laps due to crashes and crash damage.