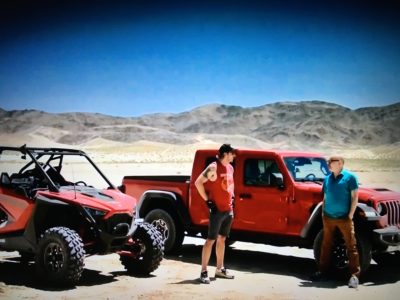 In a recent episode, “Top Gear America” hosts Dax Shepard, Rob Corddry and the Stig, the team’s mysterious test driver, compare a Polaris RZR Pro XP with a $63,000 Jeep Mojave and a $750,000 Ripsaw “Gentleman’s tank” in a series of desert challenges. We won’t spoil the fun for you, but we will say UTV and car enthusiast Dax Shepard makes the RZR look good! “Top Gear America” is the American version of the funny, informative and immensely popular British “Top Gear” car-centered TV show.

Red Bull SAND SCRAMBLE 2022: What you need to know