The 55th running of the iconic SCORE Baja 1000 saw Polaris RZR Factory Racing driver Branden Sims and co-driver Eric Borgen put together a stellar performance to win the UTV Overall and Pro UTV Open Class. Piloting their new, race-modified, RZR Pro R through the grueling 828-mile race, the team outpaced the competition through the technical terrain of wide-open desert, crossing the finish line nearly 40-minutes ahead of the next UTV. 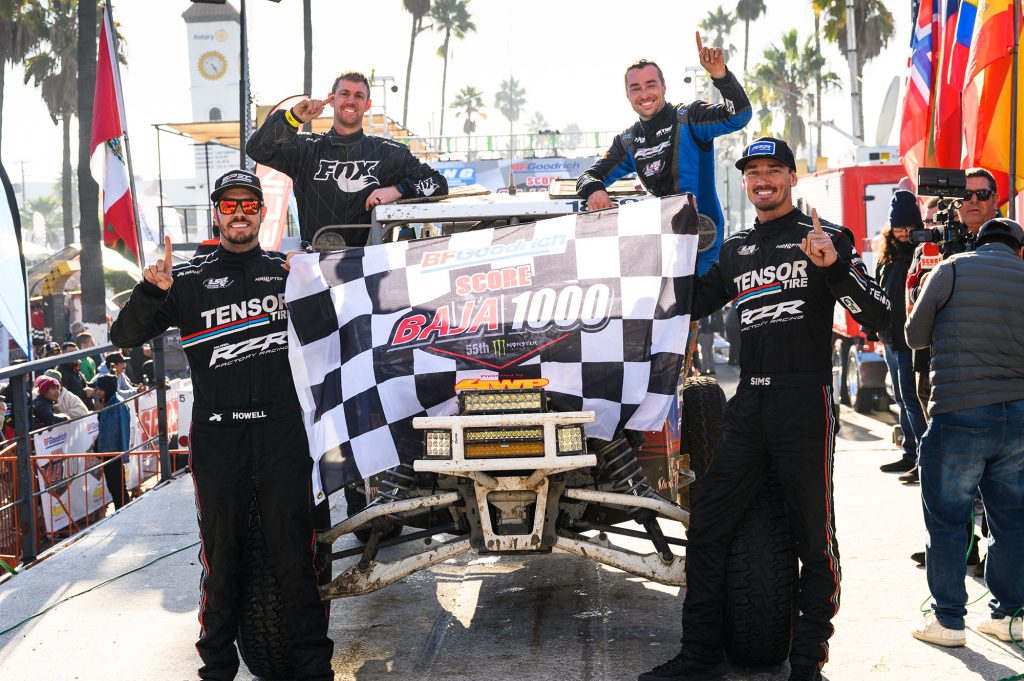 Sims started the race in eighth, quickly navigating his way into fourth throughout the opening 100-mile stretch. Just after the 100-mile mark, Sims got stuck in a large bottleneck on a tight trail. The first three drivers escaped unfazed, opening up a significant lead over Sims. Once Sims broke free from the bottleneck, he put his head down and began closing the gap, ultimately taking the lead at mile 300. He continued to drive flawlessly to mile mark 475, where he swapped driving duties with Borgen, who would drive the #1869 machine the final 350 miles to the finish line. By the time they took the checkered flag at 20:37:09, their lead was nearly 40-minutes.

“Considering the grueling demands of this race and the challenges we overcome, this was an incredible victory for our team and a true testament to the power and durability of the RZR Pro R,” said Brandon Sims. “With desert racing, there is always going to be adversity, but the Baja 1000 takes that to another level. In order to win, the team has to be incredibly resilient and resourceful, and the vehicle has to take a beating and keep powering through. That’s exactly what happened this weekend, and we couldn’t be prouder to get such a historic win.”

In addition to Sims’ victory, RZR Factory Racing’s Craig Scanlon also had a strong showing, leading early in the race before relinquishing the lead and finishing second in the Pro UTV Open class and fourth UTV overall. In the Pro UTV Forced Induction Class, Ronnie and RJ Anderson teamed up with their father Randy for their first Baja 1000 appearance. The team had an impressive run, sharing driving duties in route to a third-place finish and sixth overall.

“It’s truly incredible to see three RZR Pro R’s finish in the top five at Baja. To have such a historic weekend at the year’s most iconic race is something that everyone at Polaris is incredibly proud of,” said Brett Carpenter, Team RZR Factory Racing Manager. “Winning the Baja 1000 is the ultimate way to finish the year, and it’s a victory that provides tremendous momentum going into the 2023 season.” 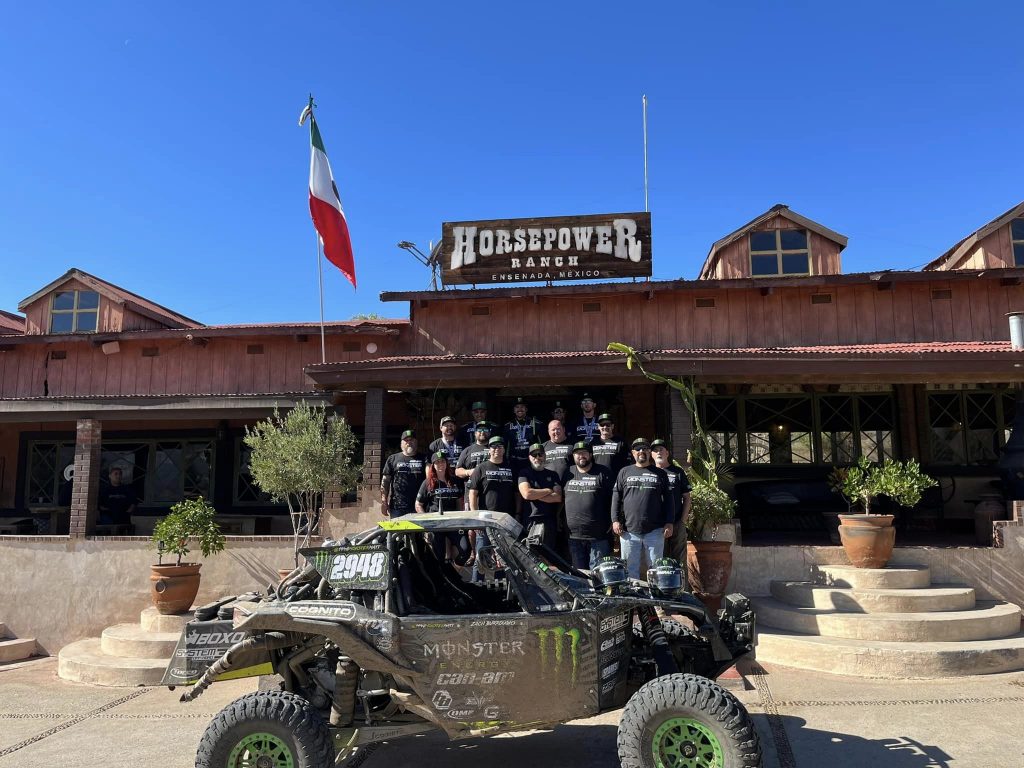 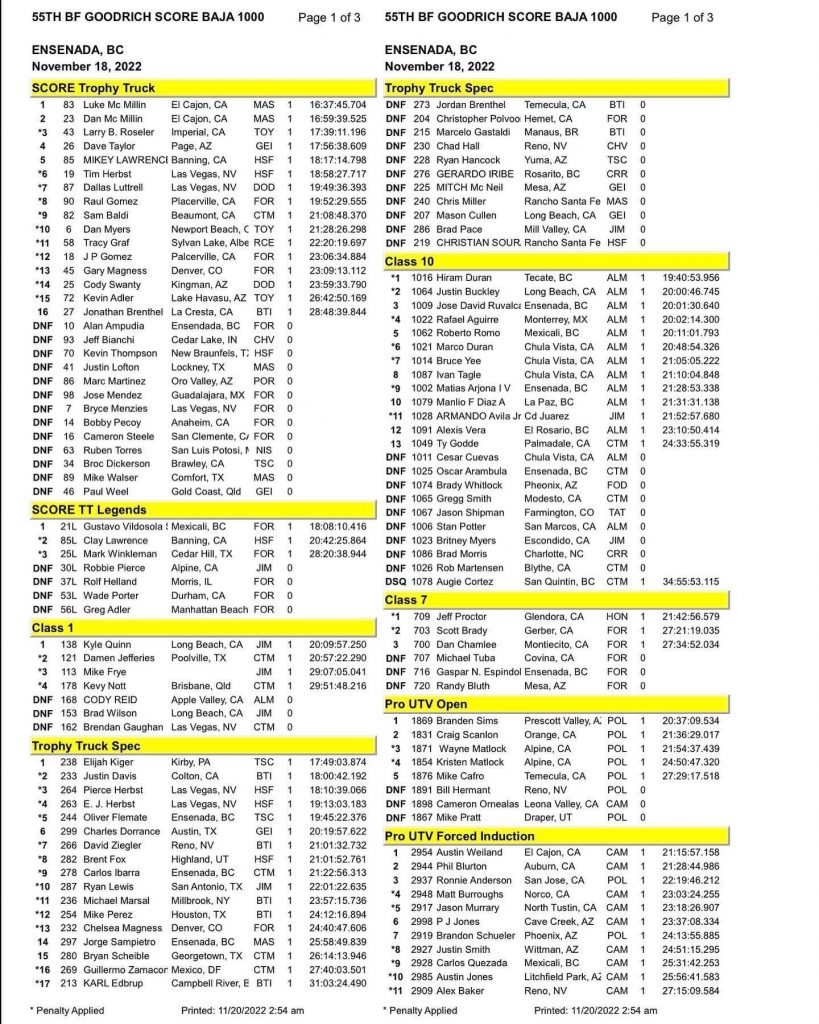 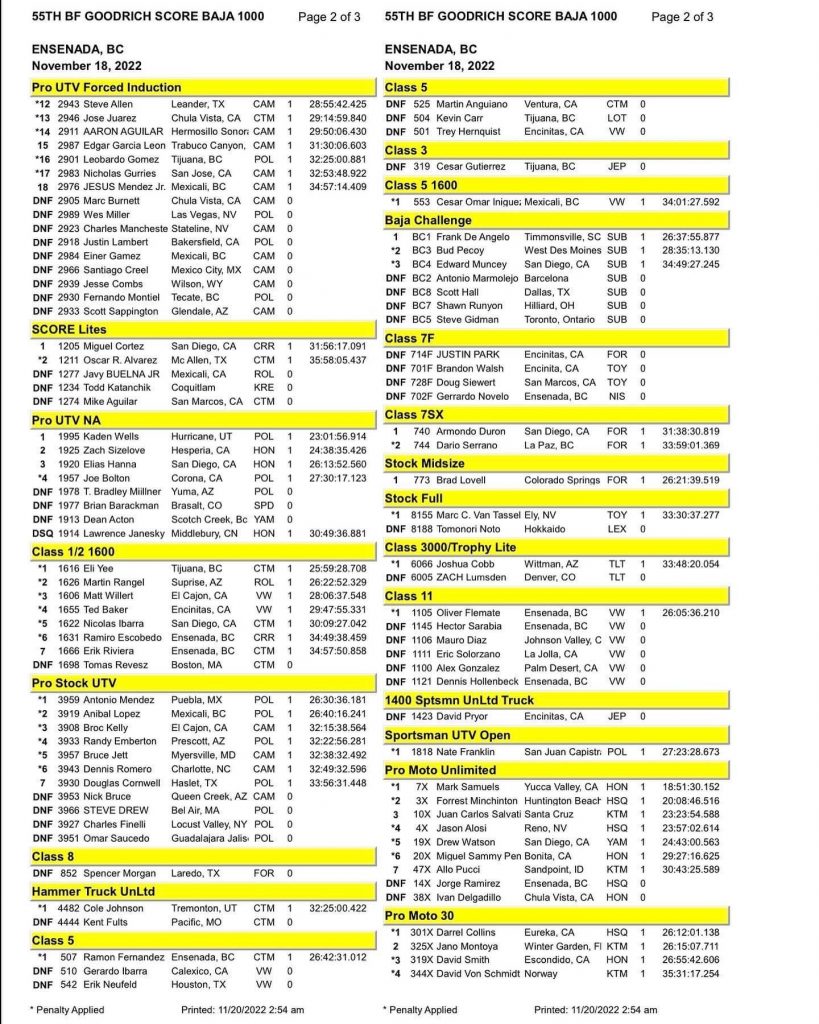 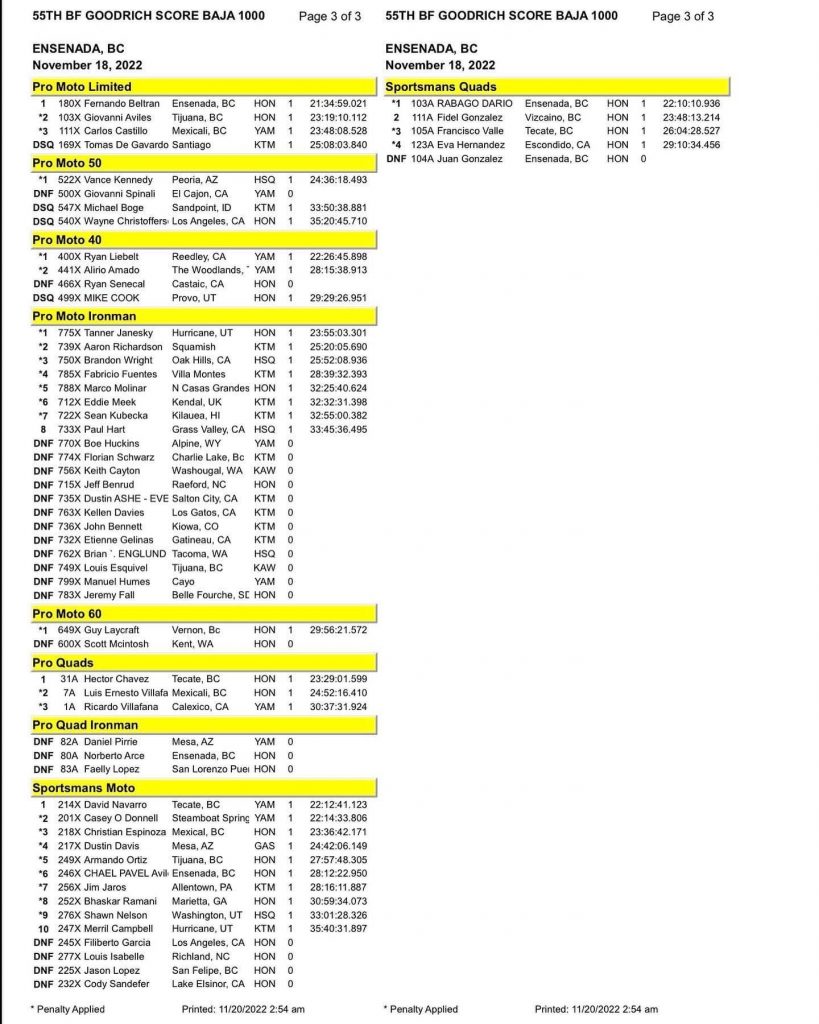 BOUNCING BACK IN BAJA