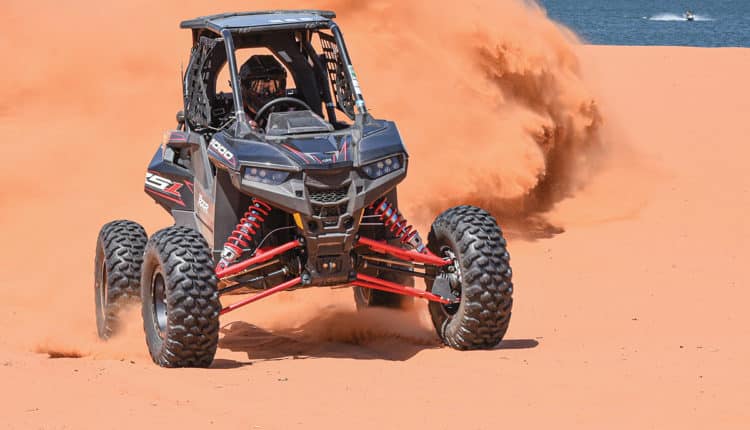 Packard Performance specializes in turbocharging and supercharging UTVs, and we have reported on Nic Granlund’s YXZ1000 Turbo in the November 2017 issue and his single-seat XZ1 in August 2019. We also reported on Packard Performance’s YXZ1000 turbo kit (up to 550 horsepower!) in August of 2018 when we met Jace and Jedd Packard at the WORCS races at Sand Hollow State Park. Jedd raced this project Polaris RZR RS1 turbo in the SxS Pro class, holeshot his wave, and finished 11th out of 19. While Packard never went into production with an RS1 turbo kit, they are coming out with a new RZR header soon. Packard does have a big turbo kit for Can-Am X3s and supercharger kits for YXZs. They also specialize in CNC porting and custom parts for RZRs, X3s, YXZs and Wildcat XXs.

Jedd upgraded the RS1 suspension with Fireball Racing’s RZR 1000 long-travel kit ($3645), which stretches the wheelbase 1 inch and the width 7 inches. High-clearance A-arms and trailing arms are made of 4130 chromoly tubing with TIG welding, and the kit includes heat-treated axles, radius rods and heim joints with heat-treated stubs. It’s built to work with stock shocks, but Jedd bent the RS1 WER needle shocks at the UTV World Championships and switched to Fox XP Turbo rear shocks.

Jedd switched to GBC Kahuna 30×10-14 tires on Raceline Ryno bead-lock wheels ($246.99 each) for Best in the Desert and WORCS racing. To comply with rules, Packard installed RJS nets, an aluminum roof, number plates, a fire extinguisher and a rear bumper/push-bar.

Packard fabricated the necessary intake plenum, charge tubes, exhaust and mounts for the Garrett T24 turbocharger and Packard intercooler, which was mounted above the stock RS1 radiator and fans. Jedd raced with 5–6 psi of boost with a stone-stock RS1 engine, and the rear number plate and bumper made the turbo conversion almost invisible. Packard placed the billet-aluminum boost gauge above the RS1 ignition key and control panel. The turbo kit was originally going to cost around $4000 with the exhaust.

Jedd sold the RS1 project, and it is now ripping around the sand dunes and huge bowls at Glamis. 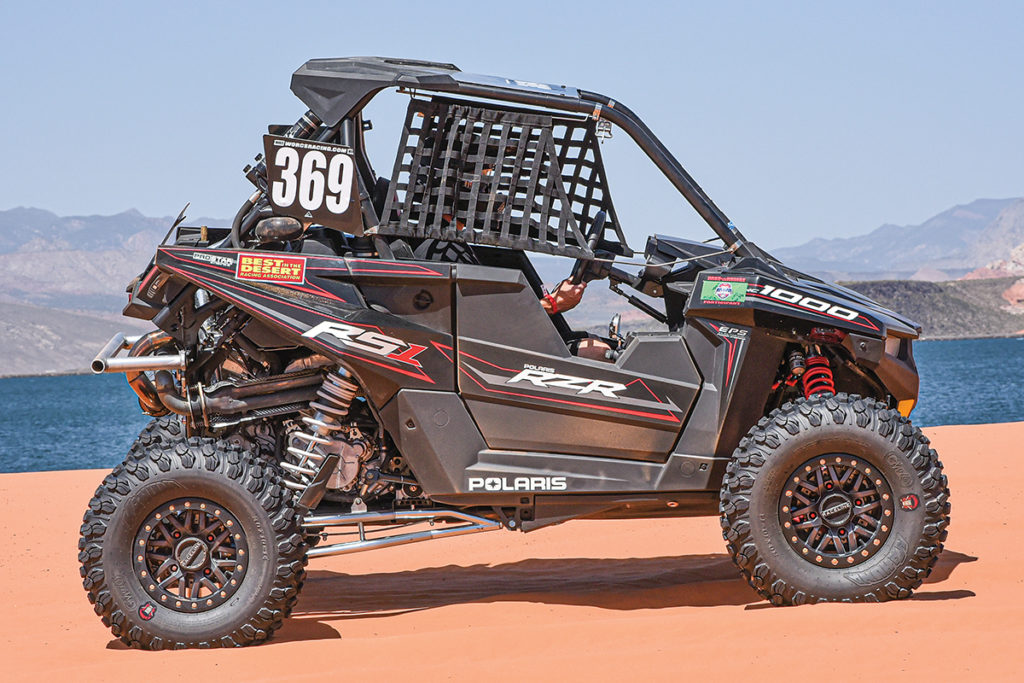