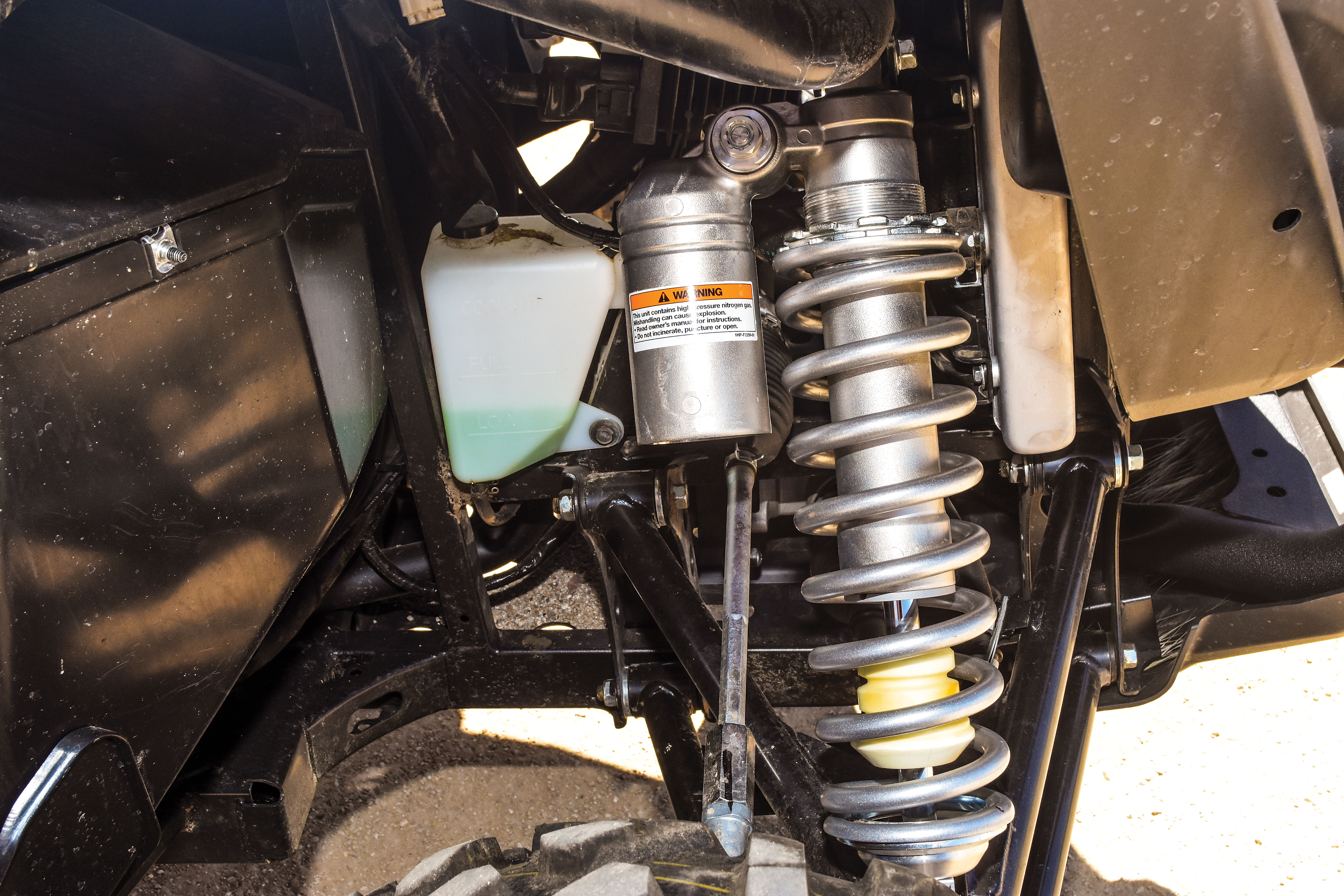 Shock Therapy is a company run by dedicated off-road racers specializing in Trophy Truck and Class 1 and 10 buggy suspension. Shock Therapy branched out into UTV suspension as more racing teams began using UTVs for pre-running and then racing. Located in Arizona, where everything is sharp and prickly, Shock Therapy specializes in smoothing out the rides of all sorts of UTVs—from stone-stock recreation utility vehicles to full-on, factory-racing turbos. We dropped off our Yamaha Wolverine R-Spec EPS (tested last month) and asked ST to develop a Ride Improvement System for the Yamaha as it had for the Viking and Rhino. 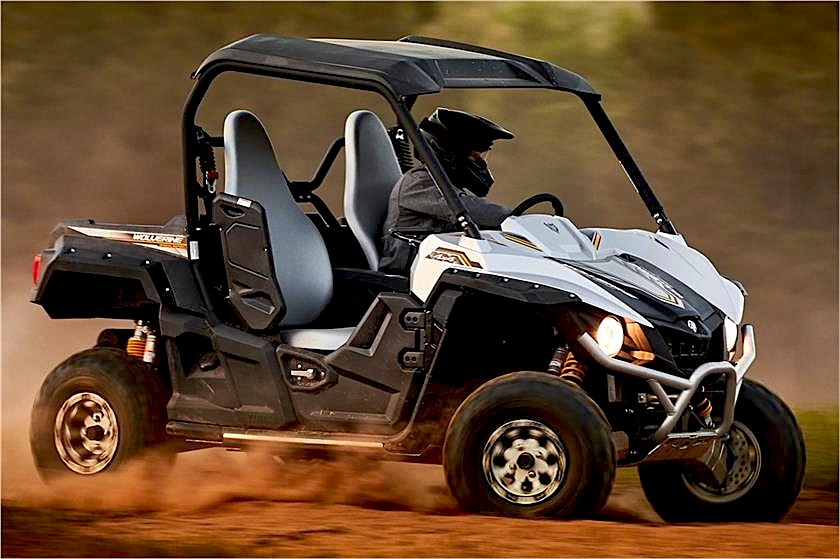 Factories extensively test spring and damping rates for their UTVs to develop the best all-around setup for the mythical “average rider.” They also have to account for a loaded bed, so rear shocks are invariably set up stiffer than fronts. This is especially true of utility machines such as the Viking, and it’s also true for sportier machines like the Wolverine (to a lesser extent because the Wolverine’s bed capacity is half of the Viking’s). Shock Therapy saw that the R-Spec’s Kayaba shocks weren’t rebuildable, so the Ride Improvement System mods would be stiffer springs on all four corners.

The R-Spec KYB shocks are too short for a dual-rate spring kit with silent cross-overs, so Shock Therapy tested new spring rates and found a more balanced setup right away. ST uses Eibach springs and also has springs made to custom specifications as needed. For recreation utility UTVs such as the Wolverine, Viking, Teryx, Ranger, General, Prowler and Commander, ST offers RIS spring kits for sport driving and heavy-duty kits for utility use with a heavy bed load.

Unlike the Viking, which requires coil-spring adapters and raises the cost to $559.90 for Level 2 four-spring kits, the Wolverine R-Spec is a spring-only kit. Eibach Racing Off-Road springs are made in the USA with high-quality steel and deliver legendary performance and reliability.

Any Wolverine owner who wants a smoother ride and a longer-lasting shock spring. ST also developed its Viking RIS kits because the stock rear springs sag over time. Although the ST/Eibach springs are stiffer than the OEM springs, ride quality is improved in a couple of ways. Stiffer springs ride higher in the stroke where damping is lighter, and stiffer spring rates allow damping adjusters to be run at softer settings. ST backed off our R-Spec’s high- and low-speed compression adjusters to full soft. 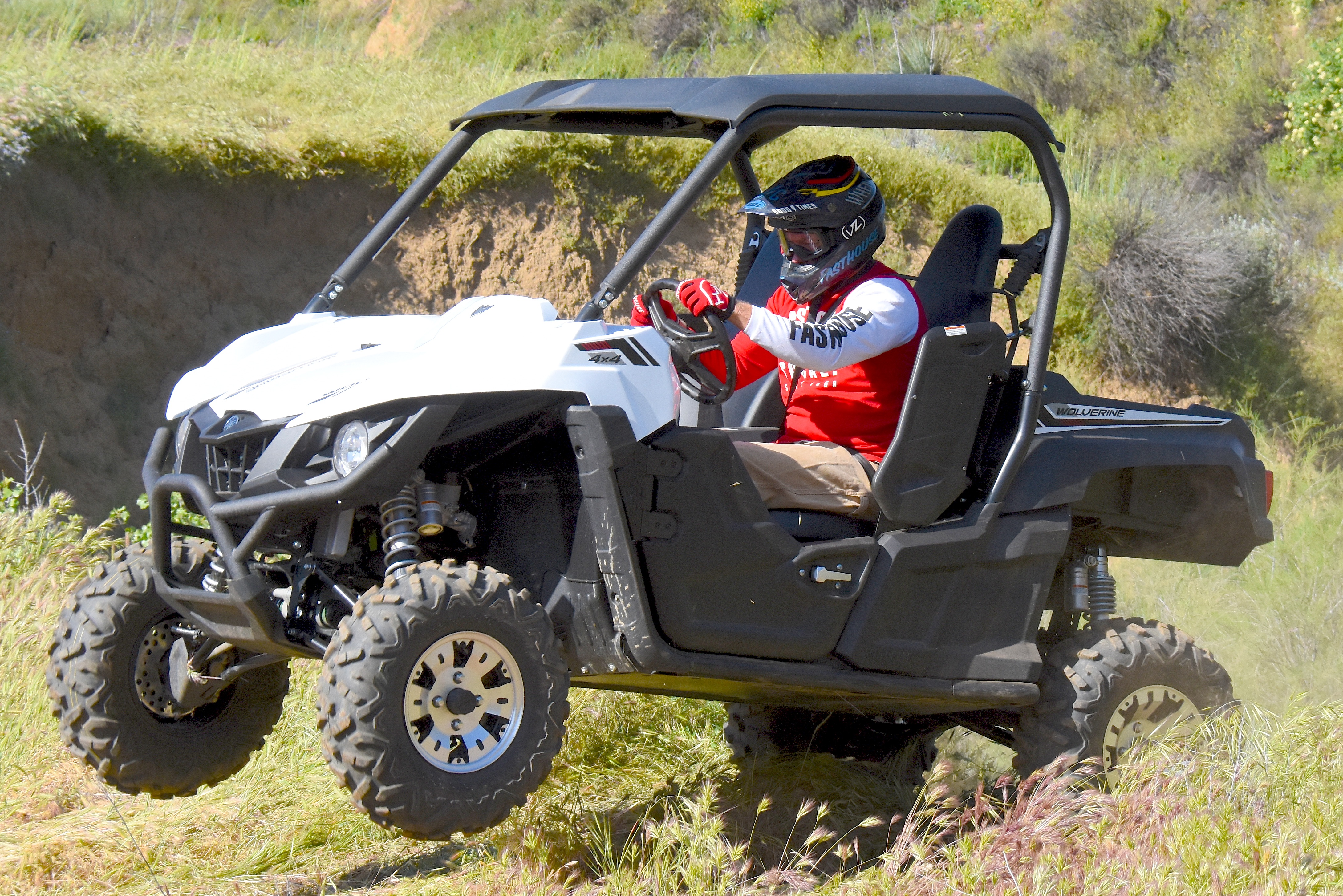 On the Shock Therapy test track, the Wolverine R-Spec’s ride quality was much improved, and we could attain much higher trail speeds with more control. The stiffer front springs and lighter damping produce a smoother ride with less dive under hard braking, and the stiffer rear springs with lighter compression damping improve the ride and traction under hard acceleration. Impacts aren’t harsh, because looser damping settings flow more fluid. We bottomed the left front on one severe G-out but didn’t feel the need to compensate with heavier HSC or LSC damping.

Shock Therapy made a huge improvement in our Wolverine R-Spec’s ride quality and trail speeds, and we plan to have ST perform its magic on our Teryx for an upcoming shootout. Best yet, the RIS upgrade only costs $250 for the Level 2 four-spring Wolverine kit. It’s money well spent, and Eibach offers a lifetime warranty on its pro UTV springs.