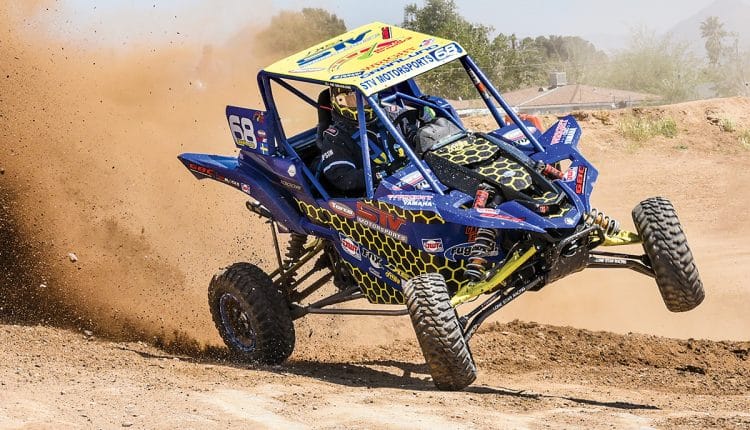 The Yamaha YXZ1000R has been very successful in short-course UTV racing with CJ Reeves, Corry Weller and others winning national championships in the manual-transmission triples. Nic Granlund has been racing YXZs in WORCS Pro Stock 1000 and Turbo classes for years, and we featured his Packard-supercharged YXZ in the November 2017 issue. He has won WORCS races and the 2017 UTV World Finals and BiTD UTV Winter Nationals in his 2016 LSR STV Motorsports GBC/DWT YXZ1000Rs.

With the RZR RS1 dominating the 2019 Pro Stock 1000s in WORCS, Nic decided to do something even more special with his 2019 YXZ1000R race build—turn it into a single-seat WORCS weapon. The changes Yamaha made to the 2019 YXZ1000R made it easier to do the race build, and this creation is 90-percent stock with an OEM engine, transmission, driveline, cooling system, suspension, brakes, controls and wiring.

INSIDE THE STV MOTORSPORTS XZ1

STV Motorsports did the race build and single-seat conversion into an XZ1. While Nic’s Packard YXZ has a cab width of 59 inches, the XZ1’s width is 41 inches across. STV basically took 9 inches off of both sides of the YXZ cage and upper frame, and the center console and shifter were moved to the right side with linkages. The OEM fuel cell was replaced, except for the fuel pump, with a custom aluminum Wright CNC 13-gallon cell, which rides to Nic’s left. The seat base is a little higher than the stock YXZ’s because an aluminum plate went over the transmission and center drive shaft. The steering wheel was moved to the center with no modifications to the steering shaft. Door skins enclose the smaller cabin, and the front plastic was trimmed for proportional looks.

The front sway bar and A-arm mounts are stock, as are the brakes, hubs and steering knuckles. Granlund uses a Hess 2:1 steering quickener with the OEM EPS unit and an STV billet steering rack. Nic stays with what works on his Turbo YXZ, so the front A-arms and rear arms are by LoneStar Racing. LSR’s MTS +3.5 suspension kit adds 3.5 inches of width per side and arms the suspension for racing with 4130 chromoly construction for $3,750. The wheelbase is standard, and heavy-duty tie-rods come with the kit. If you go with LSR axles, they’re an extra $300, but Nic went with Demon Powersports axles. They’re made of 4340 chromoly with larger CVs and shafts, and they have dual heat treating and larger swing angles for $325–$455 each.

Granlund doesn’t really need the larger swing angles, though, because he uses Fox Factory Race Series shocks he re-valved himself and limited travel for a short-course stance. Nic uses a Double EE Racing rear torsion bar ($950), which STV incorporated in the race-frame build. Granlund runs the links on the second-softest setting of six possible mounting points.

FINISHING OFF THE XZ1

The narrow cabin gets an NRG Innovations seat ($299.99) and harness, which gets skinnier at the top for running a neck brace, along with a custom leather-covered NRG steering wheel ($129.99–$149.99). The console retains the stock 2WD/4WD switch, but the shifter is a Packard Short Shifter ($275). Nic covered the OEM brake and gas pedals with skateboard grip tape and plans on building a heel stop. He also added a Rugged Radios M3 Two-Person Pumper system and RH5R radio for spotter communications, and he’s adding window nets before the next WORCS race.

The build uses the OEM air filter and air box, and a box was fabricated to protect the OEM oil tank. The rear end got a Teixeira Tech YXZ frame gusset kit ($259) and Packard rear bearing support and E-brake eliminator. Nic also had Cryo-Heat treat the rear diff, drive shaft and rear coupler. The triple also got an STV smog-block plate, a Dasa complete exhaust system ($1,099.95), and a DynoJet Power Commander with custom tunes. A complete Hinson clutch replaces the stock clutch. Rev Up Graphics does Nic’s YZX wraps.

At each race, the track conditions determine final tire selection and shock tuning. At the Dirt Series races in Victorville, California, Nic started with new DWT El Arco Sector bead-locks with grooved 27-inch Kanati Mongrel tires, but he switched to 26-inch Mongrels on Rok-n-Lok beadlocks, and he won every race. At the rough, desert Mesquite WORCS round, he’ll run 29-inch Dirt Commanders. 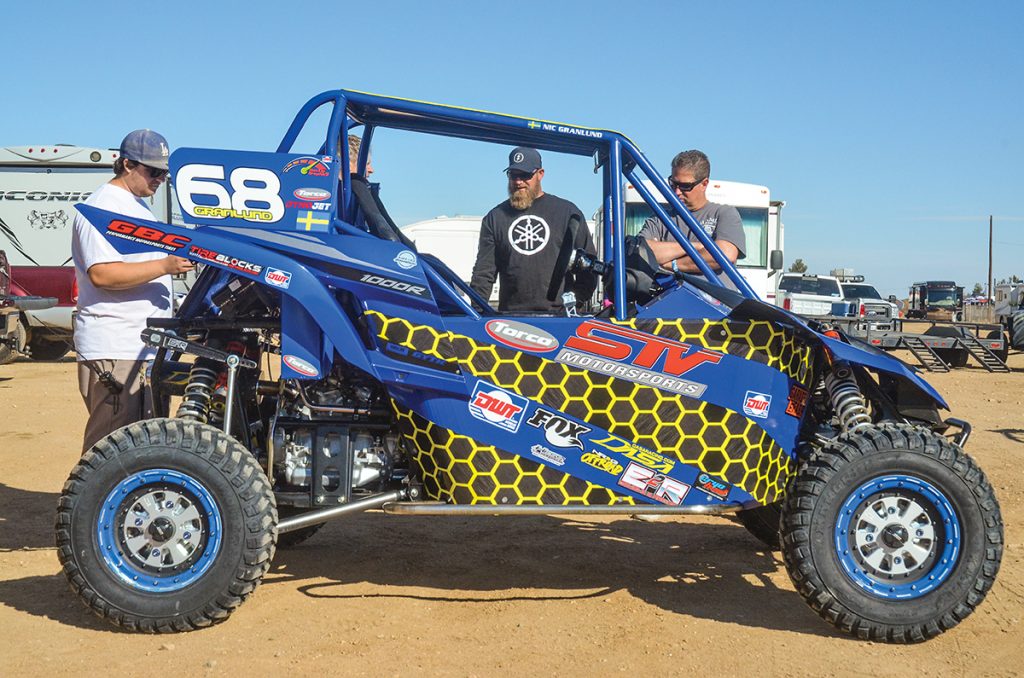 UTV RALLY ON THE ROCKS