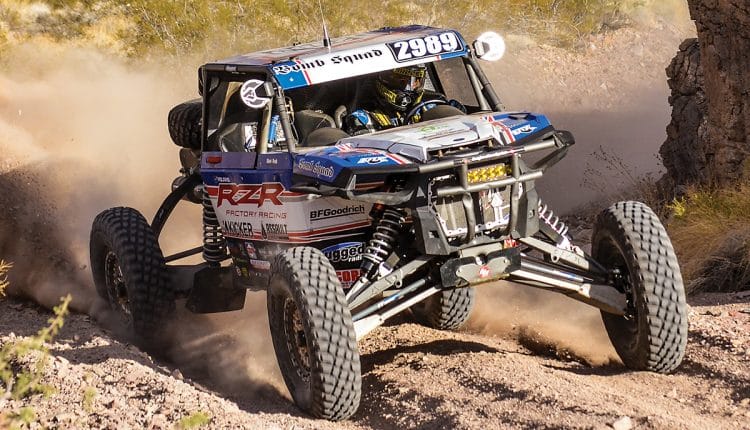 If you happen to follow UTV racing and the two big desert series in particular—SCORE and Best in the Desert—you may have noticed that the UTVs are getting as big as the Class 10 and Class 1 Unlimited cars. It’s crazy what people have created out of what starts as a stock RZR, and it shows how good the platform of any brand of UTV is for desert racing. The independent suspension, long wheelbases and ever-growing suspension travel numbers are a perfect fit for the rough trails of the Southwest and Baja.

We wanted to take a deeper look into what these massive desert machines have become by spending time with Wes Miller and his Factory Polaris RZR race machine. For those who don’t know, Wes has been riding ATVs and off-roading all his life. In the ATV world, he produced videos and DVDs about the sport for over a decade in the Huevos series. His racing accomplishments cross over into every aspect of the sport, with his biggest successes being in Baja; however, his notoriety came as the owner of an ATV freestyle team known as the Bomb Squad, which produced shows and filmed all over the world. So, it was natural that as UTVs gained popularity, Miller would set his sights on desert racing and continue his partnership with Polaris.

Wes’ race car started life as a 2017 Polaris XP Turbo 4. It was one of the first customer cars that came out of Rhys Millen Racing. Rhys and co-driver Stephan Verdier won the 2016 Baja 1000 with their in-house chassis that was about as trick as you can get. While Rhys has yet to back up his Baja win, he has had some good finishes. Wes took his car to the top of the podium in the SCORE Tijuana Desert Challenge in 2018 and is looking for more wins in Baja this year. Check it out.