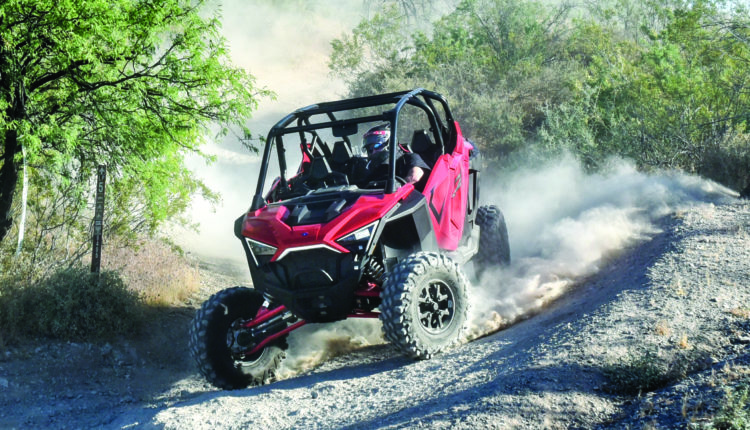 Racing has been my reality for 50 years as a motocross racer who sometimes also raced Grand Prix and desert events on two wheels and now four. For the past 35 years I’ve also immensely enjoyed covering and shooting Supercross, motocross, the Motocross of Nations, Mickey Thompson GPs, desert and Baja races, WORCS and Lucas Oil Off-Road races and more. With the pandemic, re-entering racing reality has been challenging.

I wrote in July about the early days of the coronavirus shutdown and how I escaped COVID cabin fever by doing a memorial ride for my dad in Arizona and riding in the Angeles National Forest in late March through April. I left out the devastating loss when the Indianapolis Supercross was canceled and the last seven rounds of the SX series were in jeopardy. Then NASCAR canceled rounds, and I was traumatized. Texplex postponed its April 4th round, and LOORRS postponed its May opener in Arizona to June and then to September. I was jonesing big time.

Worse, I couldn’t even go to Taco Tuesday to bench-race with my friends. Then the BLM shut down the Mojave Desert and the Robber’s Roost Riders rides and the AV Racing Desert Series. Baja closed the border to Americans, and California ordered us to shelter in place. That was especially tough with no racing to watch on television and my favorite restaurants shut down. Television became unwatchable with constant COVID chaos, even in the commercials. I survived watching America’s first Dakar wins with Can-Am’s Casey Curry and Honda’s Ricky Brabec, along with Supercross reruns.

Fox responded with simulator NASCAR races, and NBCSN had sim-LOORRS and a sim-SX later. Virtual racing was better than no racing.

What was really frustrating was that the venues where all these races would have occurred were the very spots where the coronavirus could not survive more than a few minutes; it made no sense.

I had flights for the postponed Texplex round, so I rescheduled when Texas reopened in time for the May 2nd round. I made hotel and rental-car reservations, only to find out at the gate that even native Texans returning home from California would be forced to quarantine for two weeks. So, I rescheduled again for May 30th. Watching the Texas governor’s website, it soon became evident that Texas wasn’t going to remove the Californian ban for the next round, so I had to form plan B.

I considered a Nevada trip for the Mesquite WORCS race, but decided to hold a second Stormin’ Norman Memorial Ride over Memorial Day weekend. “Grumpy Bob” couldn’t make the March one, so I joined him and my brother Trace in Arizona. When we wheeled into Tombstone, we met two of Tracy’s friends, and we all had lunch at the Crystal Palace. It was great to have a sit-down meal and see smiling faces and period players in costume. We rode to Bisbee, but Cody quit on the way back with a charging problem. No worries. Being stranded in Arizona beat being COVID-captive in California. “Mechanic Steve” rescued me and took the H-D into his shop.

I drove to Phoenix Monday, then met Justin from Shock Therapy early Tuesday to test two UTVs at Boulders OHV Area. It was great to revisit trails and photo locations that I had experienced at the Polaris introduction of the original RZR 800 in 2007. Driving the ST RZR XP Turbo Pro-4 (report coming soon), I reflected on how far sport UTVs have come in 12 model years. Driving the ST KRX1000 with iQS (see page 86), I wondered if I’d get to attend a 2021 press event—maybe for the Terxy-4 KRX1000 or even a Turbo Teryx. Wednesday, I visited LoneStar Racing (LSR) https://lsracing.com/ to check out the new RZR Pro 74-inch kit.

Then I flew to Texas Thursday and headed to Texplex Friday, pulling in line behind Shawn Hess. It was great to see the new Maxxis M-SC1 prototype tire and latest Talon 1000R products from Hess (see Inside Scoop) and to hang out for a while with the Hess’, Marty and Kyle Hart (see page 82), and George White from Double E Racing. Saturday’s racing was awesome (see “Schedule”), and I returned to Phoenix May 31st in time for NASCAR and the resumption of Supercross! I was finally Re-entering racing reality!

Life is good, but driving UTVs is better, and racing is best!