Can-Am completely schooled the competition in the most Recent Dakar Rally. Red Bull made news of its own in the 7500-mile torture test with the special Red Bull OT3 Dakar racers it built for the rally. The machines were a secret until just weeks before the rally. Also, the machines weren’t classified as UTVs until they were entered. Details are still fuzzy about what the machines actually are, but we did find out they were powered by Volkswagen’s 1000cc, three-cylinder turbo TSI engine.

The powerplant is capable of producing 150–200 horsepower, depending on the state of tune. Because of the long race, conservative boost keeps reliability up. This mill mates to a six-speed manual transmission. So the machines can deal with Dakar’s terrain, they have four-wheel drive and A-arms on all four corners.

American drivers Mitch Guthrie Jr., Seth Quintero and former Textron/Speed UTV driver Blade Hildebrand joined veteran Dakar competitor Cyril Despres for the race in Saudi Arabia. Despres was a fill-in driver for Quintero who couldn’t compete in January because he was not 18 yet. Guthrie and Hildebrand both won stages but had issues, costing them an official finish. Cyril failed to finish as well. We will have more on the car and the race in next month’s issue as well as at www.utvactionmag.com. 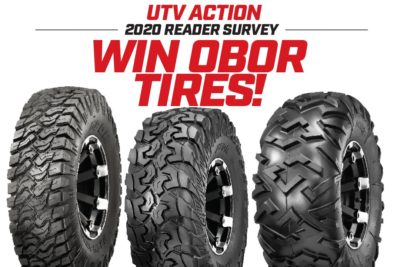 See how a UTV for Baja compares to the Red Bull UTV here: https://utvactionmag.com/feature-jt-holmes-duncan-racing-baja-rzr/