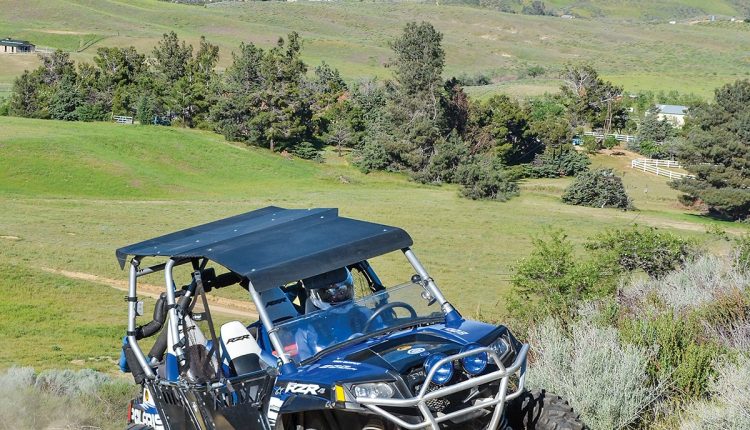 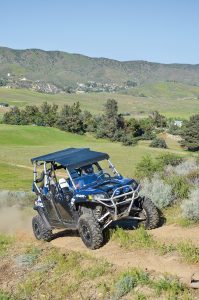 We have an old 2009 Polaris RZR S 800. In its day, it was ridden a lot but with the newer 900’s and 1000’s it spent less time out of the barn on the trail than the newer, flashier models. Well fast forward to this year, we traded in the RZR 1000 for a new 2023 model early because of the fantastic trade in price, only the Dealer has no idea when our model will ever come in. My son, Robby, was wondering if it would be worth it to do some upgrades on the old RZR S 800 while we wait and wait for the new 2023.

I concur with your son Boot, no sense letting a perfectly good Zooter languish in a barn when it can be used. I would start with tires and beadlock wheels. Given your riding conditions I would suggest looking at the Roctane XD 27 x 9 x 14 in the front and 27 x 11×14 in the rear mounted on your choice of beadlock wheels. The extra 1” tire size gives a smoother ride and slightly more ground clearance. A Clutch mod for the 27” tires should be added. Note that the clutch mod would help even if you stayed with the stock 26” tires. Then a Dyno-Jet Power Commander V tuner would work nicely with aftermarket silencers and a good aftermarket air filter like a UNI 2-stage foam filter which will definitely wake up the power of your Zooter’s 760 cc. For safety, solid doors would be nice as well as a rear extension to the OEM roll cage. Tusk makes a nice unit and add in a roof too! Swap out the stock three point seat belts for four or five point harnesses. A better aftermarket front bumper is also nice especially if you intend to test the integrity of the front end! Laugh Boot! Better lights if you ride at night. An Aftermarket parking brake kit saves wear on the transmission. Finally the OEM Fox shocks could be rebuilt and have the damping tuned or you could replace them for new Aftermarket shocks. After all this you basically have a modern Zooter if down on power from the +100 hp Zooters. Back in 2016 this fine Rag updated a 2015 model, using basically what I have described above. See here: https://utvactionmag.com/rzr-rescue-making-the-old-into-the-new/. Follow this proven upgrade path Boot for the best results. Dismissed!