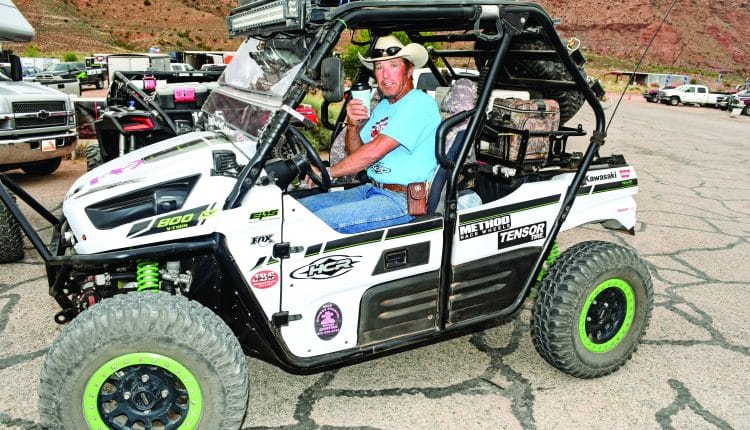 Utah is one of the most OHV-friendly states in America, and now we can legally ride our UTVs in Utah’s famed national parks—Arches, Bryce Canyon, Canyonlands, Capital Reef, Zion, along with the Glen Canyon National Recreation Area! We’ve attended every Moab Rally on the Rocks UTV jamboree and have long wanted to drive UTVs in Moab’s Arches and Canyonlands National Parks. We have also ridden on the borders of Bryce Canyon and Zion NPs, but now we can motor inside these national parks in our street-legal UTVs and ATVs!

Enthusiasts can legally drive their UTVs in these five Utah national parks and Glen Canyon since November 1st, both on the main access roads and back roads. Visit Canyonland’s Maze District or White Rim and Arches’ Klondike Bluffs or the trailhead to Delicate Arch. Drive the family across Capitol Reef on Highway 124 from Torrey to Factory Butte. Or, drive the dirt roads of Bryce Canyon, Glen Canyon or Zion with friends and family.

For those outside Utah, when SB181 became law allowing street licensing of UTVs and ATVs in 2008, Canyonlands and Arches superintendents decided to ban street-legal OHVs from these two parks, and the others soon followed. Residents like Cowboy Kenny of Moab Cowboy UTV Tours and Bud Bruening of UTV Utah got together with friends and fought this arbitrary closure. They fought for years with park supervisors and finally sent a letter to Interior Secretary David Bernhardt in July protesting the unnecessary prohibition of street-legal OHVs inside these national parks. Former San Juan County Commissioner and current Utah Representative Phil Lyman (R-Blanding) and 13 other Utah lawmakers sent another letter in September to Secretary Bernhardt saying they were offended that the NPS discriminates against OHV enthusiasts, who contribute to the state highway system via gasoline taxes and registration fees. On September 24th, NPS Acting Regional Director Palmer Jenkins ordered park superintendents to align with Utah Law SB181 authorizing any street-legal vehicle access to all state and county roads. That is a huge victory!

There are 202,000 OHVs registered in Utah, and they can be made street-legal by adding turn signals, side mirrors, a horn and a license-plate bracket with light. Buy liability insurance and the registration, install the license plate, and you’re set to jet! State law also requires eye protection—a windshield, face shield or goggles. Utah honors registrations of other states, but the necessary requirements for Utah must be met.

Environmentalists are up in arms about this, and an article in the September 28th Salt Lake Tribune raised concerns by those believing in the “precautionary principle”: “Something bad may happen, so don’t allow anything!” Eco groups have vowed to litigate against OHVs in Utah’s national parks, while OHV groups from other states have contacted UTV Utah about getting parks in their states to allow street-legal OHV recreation. UTV Action urges people to visit www.utvutah.com and sign the petition to end OHV discrimination by the NPS. Go to the “Issues” link, and then “Open the Mighty Five” to sign the petition. UTV Utah needs signatures to keep this access open and to win this and future fights. The Salt Lake Tribune article also quoted one environmentalist, saying there was no groundswell calling for allowing OHVs inside Utah’s national parks; let’s prove them wrong!

We and UTV Utah stress that park visitors should always stay on roads, drive slowly and enjoy the scenery. Any off-road excursions inside these parks could immediately end this privilege, and venturing off-road or speeding will result in hefty citations. Cruise and enjoy the sights, sounds and smells of our national parks in Utah and, hopefully, other states!

GETTING THERE IS HALF THE FUN