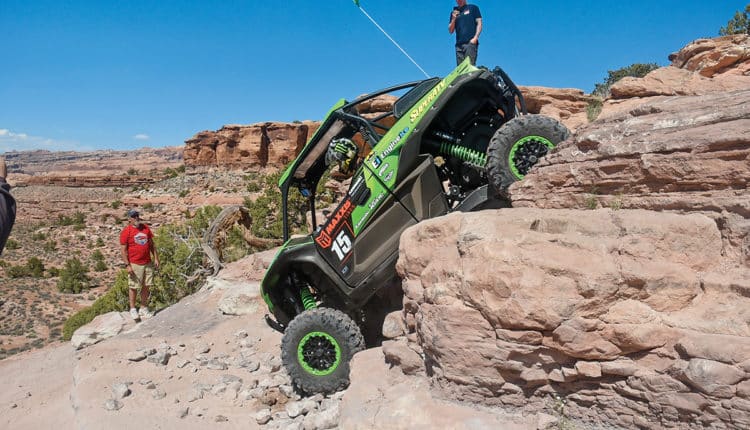 Jeremy McGrath earned the nickname “Showtime” with 72 wins and seven championships (1993–1996, 1998–2000) in AMA 250cc Supercross, plus two 125cc Supercross Championships and the 1995 AMA Motocross 250cc Championship. Jeremy won the two 125cc titles on Team Peak Pro Circuit Hondas, but before that, the Pro Circuit squad was on Kawasaki KX125s, and Jeremy actually started his Pro career in Mickey Thompson Grand Prix Ultracross in 1989. After becoming the King of Supercross and finishing his two-wheeled career, McGrath returned to his short-course stadium roots with the Lucas Oil Off-Road Racing Series in Pro 4 and later Pro 2. 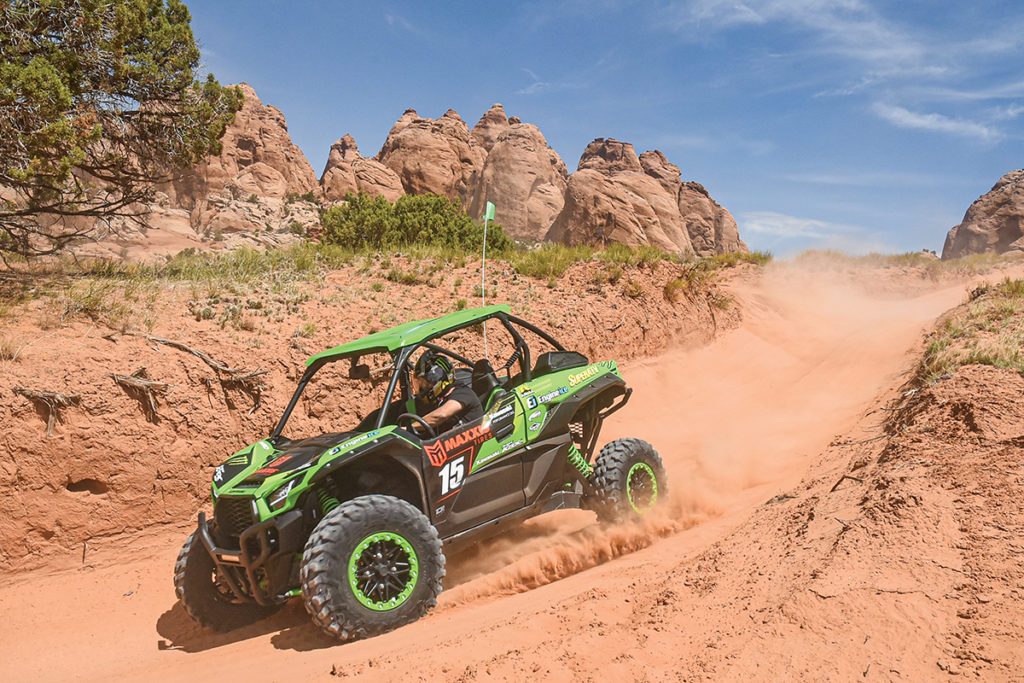 Racing has long been a McGrath family sport, and daughters Rhowan and Bergan have moved up from JR1 to JR 2 Trophy Karts, as Dad raced Pro 2 and won the LOORRS 2017 Pro 2 championship. Jeremy retired and later became the brand spokesman for Kawasaki, hosting weekly “Kawasaki Science of Supercross” segments during Monster Energy Supercross coverage on NBC Sports Network. He even returned to racing, campaigning the Teryx KRX 1000 in the 2020 and 2021 King of the Hammers UTVs. With daughter Rhowan now 15, she is moving up to UTVs, and Jeremy is building her a KRX for the remaining Great American Short-course (GAS) rounds.

As the Kawasaki brand spokesman, Jeremy attended Moab’s Rally on the Rocks (ROTR, covered last month) and hosted the Jeremy McGrath VIP Ride on Behind the Rocks. Lumpy jumped at the chance to go on that guided ride, as it’s his favorite ROTR trail. Kawasaki wrapped a KRX 1000 demo unit for McGrath and aired down the tires for the 8+ rated technical ride. Less than a mile into the ride, Gatekeeper is the gnarliest climb, and Jeremy went right up it—once he switched to diff-lock. Although he had never done Behind the Rocks or any slick-rock Moab 4×4 trail for that matter, he has ridden mountain bikes there and adapted quickly to Behind the Rocks.

At each obstacle, Jeremy would jump out and look at lines, discussing them with Reid Nordin and our guides. He made High Dive look easy and crawled right up Upchuck without chirping a tire. McGrath is a master of throttle and brake control, and he never put a tire in the wrong place the entire ride. After two KOH races, Behind the Rocks wasn’t much of a challenge for Showtime. At White Knuckle, our trail guide went first in a RZR XP 4 to show everyone the line and then stack rocks at the bottom. Jeremy went next and cleaned it without a strap. On White Knuckle, you have to ease off of the lip and down the face with lots of brakes, then pin it in 4WD to pull the front end out and prevent an endo. McGrath looked like he had done it 100 times.

The ride also went over to Picture Frame Rock, where Jeremy did an interview for a local TV affiliate, posed for pictures and signed autographs. With the work done, Jeremy and Reid stopped in the small dunes on the way back to camp and play for a while.