SxS Sports kicked off its 2021 King Of the Elements (KOE) series with the Arctic Derby at Maribel, Wisconsin, and 85 racers braved the winter cold to go ice racing in UTVs. The Arctic Derby hosted by 141 Speedway featured an ice oval with infield jumps and turns, and ice screws provided the traction for great racing.

In Pro Mods, it was Can-Am versus Yamaha with a dozen entries, and Brian Joski and his Can-Am X3 topped the field, winning by less than a second over the Yamahas of Rodney VanEperen and Luke Stubbs. In a field of 20 Pro Stocks, RJ Lego led and all-Yamaha podium with Owen VanEperen second and father Rodney third.

Scottie Lawrence (C-A) led the Pro Mod A-Main early but dropped to third on the fourth lap, when Brian Joski took over the lead for the duration. Rodney VanEperen started third but was passed by Luke Stubbs, and he later got Stubbs back when Lawrence dropped to fifth. Kyle Chaney started fifth and could only move up to fourth. In the 12-lap main. Joski did the 12 laps in 10:25.664, almost 1.5 minutes faster than the Pro Stocks.

Owen VanEperen led the first nine Pro Stock laps, while Rodney started fifth and moved to second in three laps. RJ Lego started ninth and went to seventh in a lap, then he put on a mid-race charge to fifth and jumped to second on the eighth lap and first on the 10th circuit. He held onto the win, doing 12 laps in 11:52.342 and beating Owen by 2.17 seconds.

KING OF THE ELEMENTS UTV RESULTS: 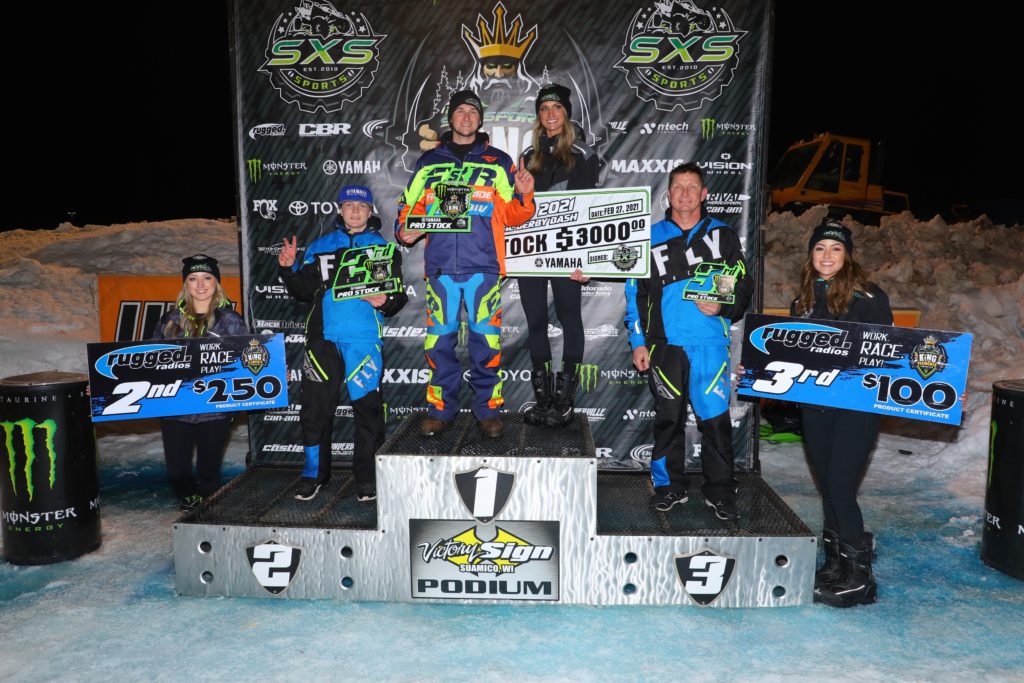 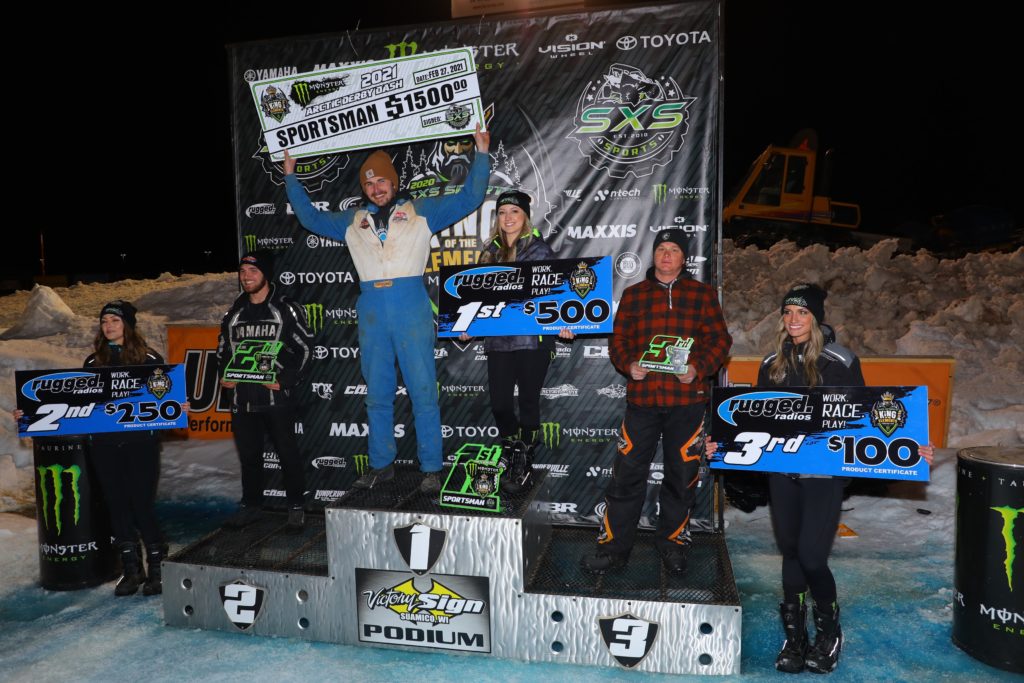