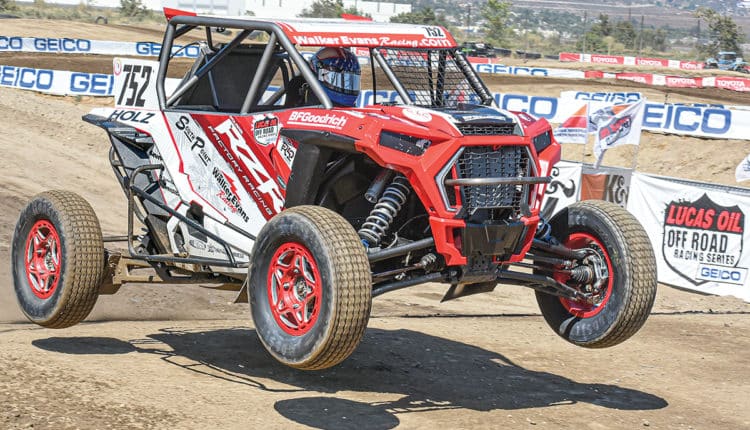 When the 2020 UTV racing season started, Ronnie Anderson hadn’t gotten a long-travel RZR Pro XP built for the start of the WORCS series in January. Even though the Lucas Oil Off-Road series didn’t start until late July, Anderson stuck with his Holz Racing RZR Turbo S and finished behind eventual champion Corry Weller in the first two rounds. By the time the LOORRS series reached round six in Arizona, Ronnie had four seconds, then he absolutely dominated the three Turbo rounds at Wild Horse Pass and advanced to the last two Glen Helen rounds with a seven-point lead. Ronnie Anderson’s HRP RZR Turbo-S-Pro-XP is a unique hybrid RZR XP Turbo S with a Pro XP engine and transmission. Weller prevailed for the title, but Anderson won the last round to tie Corry’s season win record.

Ronnie uses the Sparco Evo seat and a five-point harness, but he runs CMI tie-rods instead of HRPs. Being a Walker Evans Racing (WER) athlete as well, Ronnie uses the optional WER 2.5 Velocity shocks ($3600 through HRP) and 15×6-inch Legend bead-lock wheels. WER has these Legends on sale for $225, and HRP has these wheels with GBC tires for $1,600. For RZR Turbo S Velocity Edition owners, WER offers a Turbo S Shock Upgrade kit that includes WER cross-over rings and sliders, Eibach dual-rate springs, new spring nuts and clips, and a full shock service with seals, oil and nitrogen, all for $2000.

Ronnie pits with Shelby Anderson at WORCS rounds, and both rely heavily on CMI Precision driveline and braking armor. Ronnie uses CMI big-brake rotors, along with CMI hubs, but he goes with Wilwood twin-piston hydraulic brake calipers on all four wheels. Ronnie prefers CMI axles over the optional $2900 RCV Pro Series II axles available through HRP. Call CMI for prices. Ronnie also uses HRP’s intercooler radiator with separate controls for fans. Race rules require a fire extinguisher. HRP’s quick-release mount is $79.95, and the extinguisher is $50. Ronnie is sponsored by BFGoodrich and runs its KR2s in sandy WORCS races, but he used Hoosier M500-compound UTV/SxS 27.5/8.0-15s in the LOORRS races.

Lucas Oil (and WORCS) rules only allow minimal engine modifications (intake, exhaust and tune), and K&T Performance did the tune on Anderson’s #752 Turbo S with Turbo Pro XP engine, clutch and transmission. K&T has Dyno Jet Power Vision 3 tuners for most UTVs for $399.99, and the Stage 2 Power package with clutch springs and weights is $649.99. Stage 3, with a high-flow, reinforced charge tube, is $999.99; racers have reported collapsed OEM charge tubes on the Pro XP, especially in hotter weather. K&T did the Pro XP exhaust and carries HMF, Gibson and MBRP systems for most UTVs for $430–$899.

One bad main at the ninth round cost Anderson the 2020 LOORRS Pro Turbo championship by only eight points, and he won four rounds, earned top-qualifier points at two rounds, and was second behind Weller or Kyle Chaney at four rounds. A first-turn crash in Missouri and a mechanical in California impacted an otherwise stellar season. 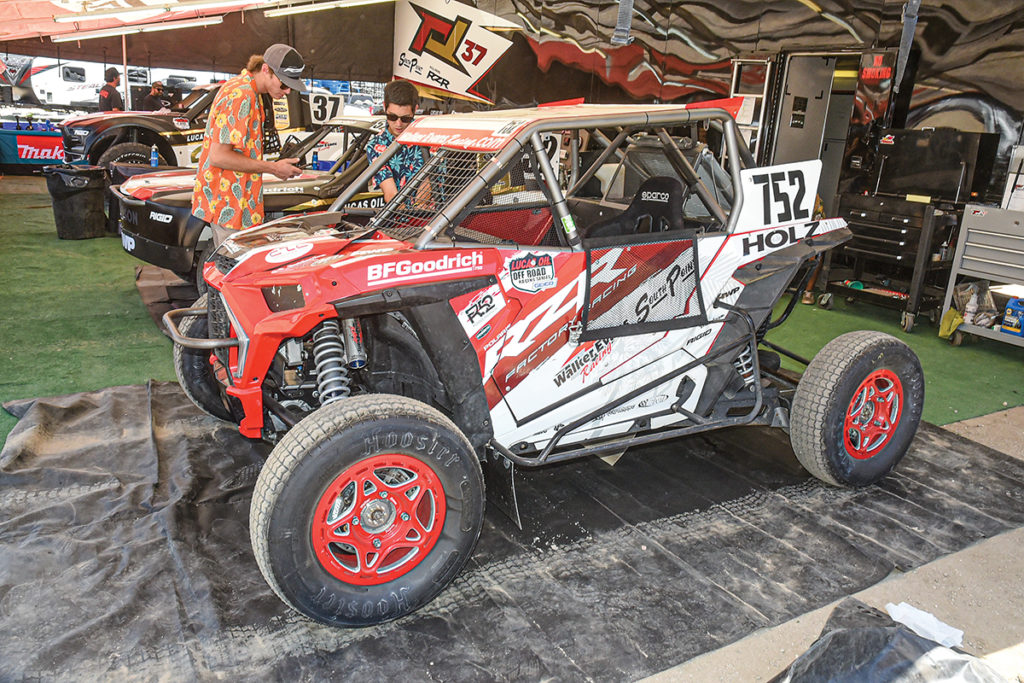