RZR WITH TOO MUCH BOOST 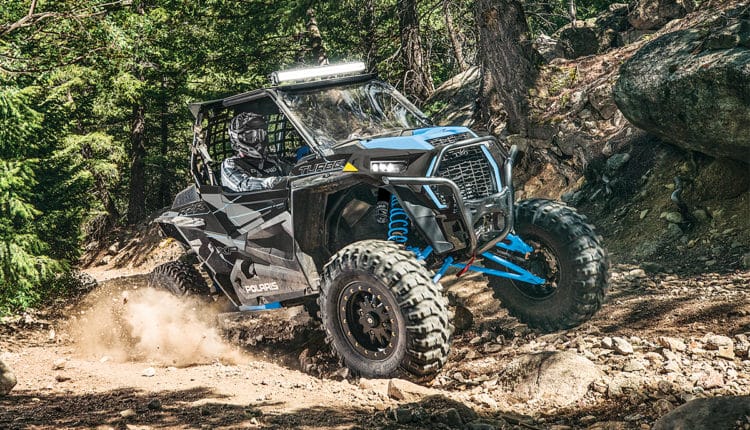 RZR WITH TOO MUCH BOOST

Recently, my ’17 RZR Turbo has been over-boosting according to my gauge, and the Polaris over-boost code of 1127. It has been reaching 20 psi! I replaced the boost-control solenoid valve, changed the belt, then the complete primary- and secondary-clutch assemblies. The over-boost, 1127 code will clear itself after a battery disconnect and not come back until it over-boosts again. Sarge, some people may think there’s no such thing as a RZR with too much boost, but I am at a loss as to what to replace next. So, I am turning to you for answers.

Private Barren, a RZR with too much boost will not live a long, happy life. You would have been money ahead if you had contacted Sarge first instead of replacing expensive parts needlessly! However, I do understand why you replaced the parts you did, because a worn or faulty clutch can cause an over-boost condition and throw an 1127 code. But, Boot, the first thing I always look at when confronted with an 1127 code is the turbo waste gate. It is either faulty and sticking closed periodically, it is out of adjustment, or the actuator is failing. Visually check for bad wiring at the waste-gate connector plug. These connector plugs have been known to have broken wires. Also, check for a damaged wire on the MAP-sensor harness on the intake plenum. Doing this motor-pool work, Boot, you should have a service manual. Here is one for $10: http://atv-service-manuals3
.mybigcommerce.com/2017-2018-rzr-xp-turbo-xp4-turbo-service-manual/. My favorite remediation for wasting pay is a 15-mile night hump with full pack. Move it, Boot! Dismissed!

In the November issue of Dirt Wheels, Boss talked at length about batteries, specifically the solid-state lithium-ion batteries. What I want to know more about is when Boss said, “They really don’t like the cold, but when you attempt a really cold start, try several short cranks to warm up the battery. Then, once warm, you will obtain full cranking power.” Sarge, what is “really cold”? And, how much do you need to warm up the battery before you “obtain full cranking power”? I am thinking about installing a solid-state lithium-ion battery in my RZR 570. It sits at our lake cabin, sometimes for weeks, and I like the fact that the lithium-ion batteries have such a low self-discharged rate.

Well, Private Chainsaw, as usual, Boss glossed over important details. This time the old man was right, but only as far as he went! You do not want a lithium-ion battery! Those are used in electronics. What you are asking about is a lithium-iron-phosphate battery. “Really cold” to me is -20 degrees Fahrenheit. And, at that temperature, your typical “flooded” lead-acid battery only has 50-percent capacity. Whereas a lithium-iron-phosphate battery still has 70-percent available, and if you do a series of short cranks, the lithium-iron-phosphate battery will warm. However, there is a current debate in the solid-state battery industry as to just how to warm a solid-state battery in cold weather. Some are saying to just leave the headlights on for two minutes. If you raise the battery temperature from -20 to +30 degrees Fahrenheit, then you have restored the solid-state battery to 100-percent capacity, whereas your “flooded” lead-acid battery is still down 30 percent! As far as self-discharge, a conventional “flooded” battery in summer can discharge up to 1 percent a day, whereas a lithium-iron-phosphate battery discharges at approximately 1 percent every 45 days! One final tip, Boot: when replacing your Zooter’s battery, requisition an XP 900-sized battery. It will fit if you use the XP 900 battery retainer! Or, the one from the 570 LE. Pull your battery and hold it over your head and do three laps around your house, double time, screaming, “Wet-cell batteries are heavy”! Dismissed!

As a die-hard duner, I love shooting dunes with a turbo RZR, but I was just wondering, why are there no 1500cc or larger normally aspirated, high-torque engines in production UTVs? While I love the horsepower of a cranked turbo, I still think the midrange torque of a large-displacement engine would be more fun. Is there manufacturing or legal reasons why we still continue to see sub-1000cc engines?

Private Bunsen Burner, it is legal. Ten years ago, the Recreational Off-Highway Vehicle Association (ROHVA) set the initial standards for ROVs (or recreational off-highway vehicles). Their definition is, “ROVs are motorized off-road vehicles designed to travel on four or more non-highway tires, with a steering wheel, non-straddle seating, seat belts, an occupant protective structure, and engine displacement up to 1000cc (for gasoline-fueled engines)”. See here: https://rohva.org/what-is-an-rov/. This standard was accepted by the American National Standards Institute (ANSI) and has been de-facto accepted by almost all the state legislatures. Therefore, Boot, all the manufacturers will produce is sub-1000cc machines, because anything else could not be sold in most states. A case could be made that this standard didn’t look far enough into the future. From this fine rag in July 2017, “It’s not ROHVA’s fault manufacturers don’t make UTVs larger than 1000cc. It only provided a definition that was convenient to use, and state governments and racing organizations like to use existing definitions rather than write their own.” See here: https://utvactionmag.com/behind-the-wheel-turbo-or-non-turbo/. It is my opinion that it is a good thing the ROHVA didn’t set standards for motorcycles, or else all the touring bikes and Harleys would be banned! If you want a big-bore Zooter, Cylinder Works has an 1110cc bore kit for the RZR 1000. Above that and it is motorcycle-engine territory, Boot! Remember, any custom work and Sarge gets first pictures! Count off 25, Boot! Dismissed!

SAVE THE OCEANO DUNES SVRA!