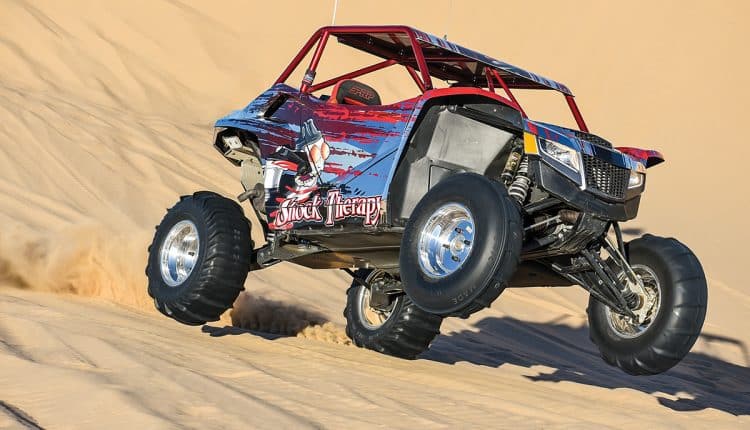 We first tested the Arctic Cat Wildcat 1000 XX in the May 2018 issue, and we were impressed with the ride quality on the XX and its Fox Podium 2.5 QS3 shocks for general trail riding and rock crawling. We shot the Wildcat out against a RZR XP1K in the September 2018 issue, and the XX beat the XP. However, we never took the XX to the dunes or subjected it to the Trophy Ttruck-sized whoops in Baja. The guys at Shock Therapy did both, and they concluded that 70–80 percent of their customers would find the Wildcat suspension too soft. With the QS3 shocks on full soft, the XX would drag the rear end on all hits and bury the skid plate. On Medium, ST found the shocks would still bottom, but the setting was good for mountain trails. On full Stiff, ride quality was lost. In Baja, two people, spares and tools taxed the stock suspension, and ST tore the skid plate off. They then set out to fix the XX; here’s what they’ve done.

SHOCK THERAPY FOR THE XX

For power, ST called on Evolution Powersports for an XX Magnum Slip-on exhaust ($499-$799) and ECU flash ($499). ST fabricated the cage, roof and aluminum rear skid plate, and Wolf Designs finished off the build with an custom ST wrap with “Shocky” logos. As you can see, the ST/Evo Wildcat XX rips in the dunes, and ride quality and performance are vastly improved. 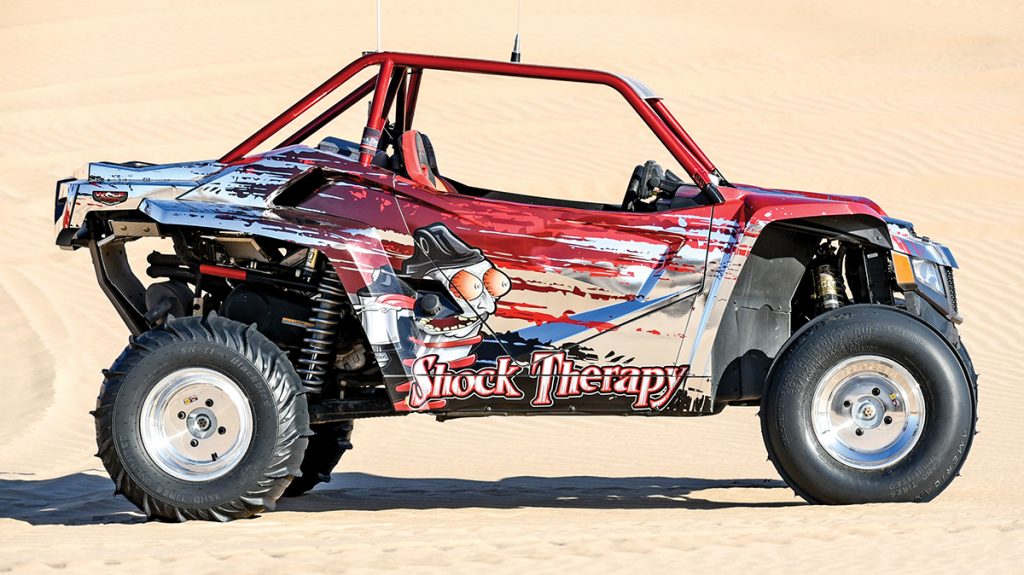 WHERE TO RIDE AND RACE YOUR UTV: BENT ELBOW POKER RUN