WHICH NEW MODEL SHOULD YOU GET? 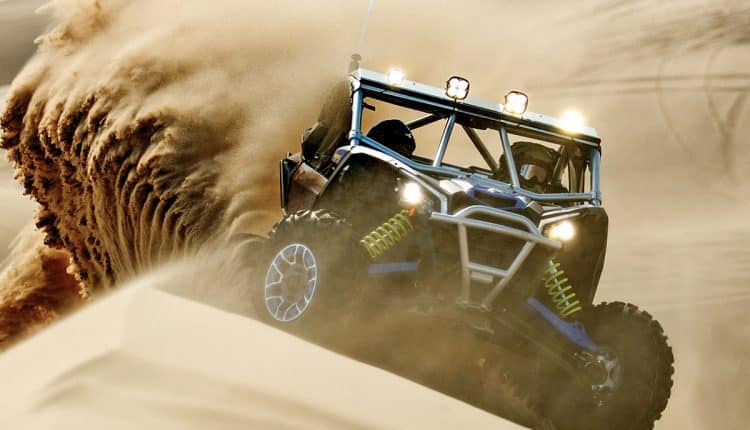 New-model time is always exciting, but so far the 2020 model releases are the most plentiful and most exciting in years, and there’s still more to come! For the past few years the major new-model reveals were much more spaced out—still exciting, but nothing like the mother lode of new machines you’ll get to find out about in this issue. It’s a rare coincidence, because the many UTV manufacturers are all working hard to unveil their new machines before their competitors and the huge number of variables involved make similarly timed releases highly unlikely. However it happened, you win because every manufacturer has so much information now on so many new models. I think every UTV enthusiast is going to find plenty of surprises in this huge serving of new-model information. Here are some things to consider while you enjoy the feast of new-model facts and photos.

Honda’s new four-seat sport machines—the Talon 1000X 4 Fox Live Valve and the Talon 1000X 4—are here just three months after the long-awaited Honda Talon 1000R and 1000X two-seaters appeared in dealerships. That’s surprising by itself, and I don’t think many UTVers saw the release of two Honda 64-inch four-seaters coming. It makes me think the release of one or two wider, longer-travel four-seat models and even turbo two- and four-seat Honda Talon UTVs could be much closer than we thought. If you can’t wait for the factory-built Turbo Talon, Honda dealers will have a turbo kit that fits all the Talon models.

Can-Am seems determined to offer every kind of UTV enthusiasts could possibly want, a strategy I’m completely in favor of. I remember being blown away by the variety of 2017 Maverick X3 models when they were released in 2016, but that seems like nothing compared to what Can-Am offers now. There was a 64-inch-wide base model, the 64-inch-wide X ds with upgraded suspension and beadlock wheels, and the first production 72-inch-wide machine with more travel than we had ever seen on a stock UTV. All the first X3s had 155 horsepower, which is still impressive three years later, and X3 four-seaters were months away. For 2020 there are 64-inch and 72-inch-wide, 195-horsepower Turbo RR X3s in two- and four-seat form, and don’t forget the special rock crawler and mud-ready models. Don’t need quite so much power? There are also 64-inch and 72-inch-wide, 172-horsepower Turbo R X3s in two- and four-seat versions of course. Maybe a 120-horsepower X3 is more your thing. Can-Am has those, too, and you can get base, rock crawler and mud-ready models, as well as a four-seater. Many X3 models are available in several color choices, too.

If you’re more of a recreation-utility rider than sport, Can-Am has a whole line of two- and four-seat Commanders. If you’re a utility recreation UTVer, Can-Am has an entire family of Defenders with three or six seats, and for 2020 there’s even one with six wheels.

Arctic Cat has surprises for 2020, too. Last month we learned an entire line of Arctic Cat-built, Tracker-branded UTVs will be available at Bass Pro Shops. In this issue you’ll see Arctic Cat’s own 2020 lineup has more surprises, but I don’t like them all. The Wildcat X’s, Wildcat Sports and Wildcat Trail models didn’t return. I liked all those machines, and I’m going to miss them all. Hopefully, updated versions or new replacements are in the works.

Like I said, more is on the way, and you can find it here and at www.utvactionmag.com!