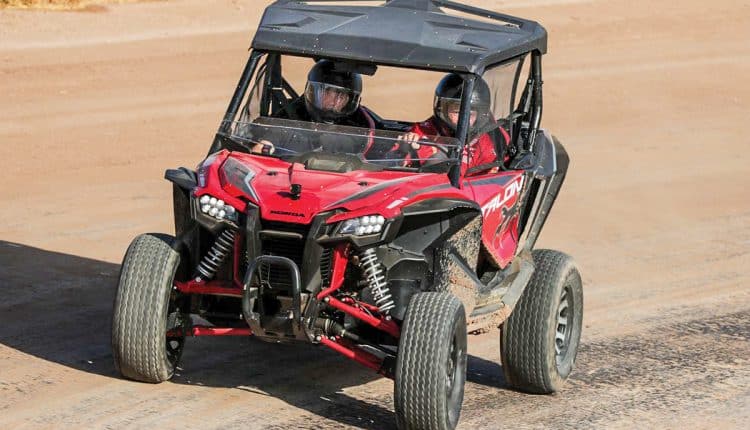 — How to improve the X Games —

I have an idea that would improve the X Games. The X Games have progressed to the point where they would benefit greatly from including UTV racing.

Travis Pastrana grew the popularity of the X Games exponentially, just as early X Games shot his popularity into the stratosphere. Pastrana is now a world-renowned freestyle motocross icon, largely from his X Games-fame trifecta: ghosting his RM Suzuki into the San Francisco Bay, the back flip and the double back flip. These helped Travis launch his FMX stuntman career and made him a media sensation and star of Nitro Circus TV and Thrill Shows.

Travis has 17 X-Game medals: 11 Gold, four Silver and two Bronze, with 13 earned in freestyle MX. The other four came from Rally cars. When Pastrana took up Rally Racing, X-Game promoters brought Rally Racing to Summer X and paid Travis $1,000,000 to return to the fold. Smart move.

The thing was, the rally cars proved to be very brittle. Rally racing is a lot like our desert UTV racing, in that cars start at intervals and race the course and the clock more than other competitors. They’re too brittle for any wheel-to-wheel, NASCAR-style “rubbing is racing.” Pastrana, and also Brian Deegan, are very aggressive drivers who over-drive the track at times and make more contact than rally cars can take.

X Games Austin later included Robbie Gordon’s Stadium Super Trucks in the program, racing the same track as the rally cars. The off-road Super Trucks put on a much better show than the cars and produced closer racing with less attrition. Sadly, they haven’t returned.

X Games now has dirt-track racing with stars from the American Flat Track (AFT) series. The AFT X Games courses have been tiny ovals and even circles with no straightaways. In my opinion, this is regression, not progression.

Don’t get me wrong; flat-track racing is America’s original motorcycle extreme sport. It takes immense talent and bravery to pitch a 320-pound motorcycle sideways at 100+ mph. Ricky Graham jumping an XR750 with broken ribs to win the Houston Astrodome TT is extreme. Scotty Parker slapping his teammate on the shoulder as he passed him on the outside going into Turn One at the San Jose Mile is extreme. Chris Carr going into tank slappers as he lands his XR750 over the jump at the Peoria TT is extreme. To me, watching a bunch of guys going around a tiny circle in single file isn’t extreme, or even entertaining.

With Honda announcing a new partnership with AFT, after a 30-year hiatus, the all-new Honda Talon 1000 has become the Official UTV of American Flat Track. AFT officials will use the Talon 1000X and 1000R in track-side operations, and Honda will showcase its stellar new UTV to select VIPs via the Honda Talon Flat Track Experience, with hot laps at AFT rounds around the country.

Second, AFT recently held a TT Round at Wild Horse Pass Raceway in Chandler, Arizona. Instead of a Peoria TT-type track, the AFT round used the Lucas Oil Off-Road (LOORRS) track! AFT racers negotiated the entire LOORRS track, tabletops and all! It was awesome.

So, here is my vision for X Games. Instead of using a boring short-track or a hard-to-televise mile track, have the AFT people build a LOORRS-style track for the X Games AFT races. Then bring in UTVs, which Travis Pastrana regularly uses in his Nitro Circus shows. That would bring Pastrana back into the X Games, along with Travis’ many fans. The UTVs could race the same LOORRS-style track as the AFT Twins, and our UTV stars could gain fame as X-Game Gold winners. Not only that, it will launch UTV Dirt Track racing, which Extreme Dirt Track has been trying to do for years.

Then, as the finale of each X Games, have the Gold Medalist from each competition—from BMX Big Air and Skateboard Halfpipe to all of the FMX and AFT winners—race each other in identically prepared Honda Talons, Polaris RZRs, Can-Am X3s, Wildcat XXs or Yamaha YXZ1000s. This would bring Honda, Polaris, Can-Am, Textron or Yamaha in as a major sponsor of X Games, like American Flat Track did Harley-Davidson. How cool would that be?

XX Games, XP Games, X3 Games or Talon X Games! Will it be the next big step in X Games progression?