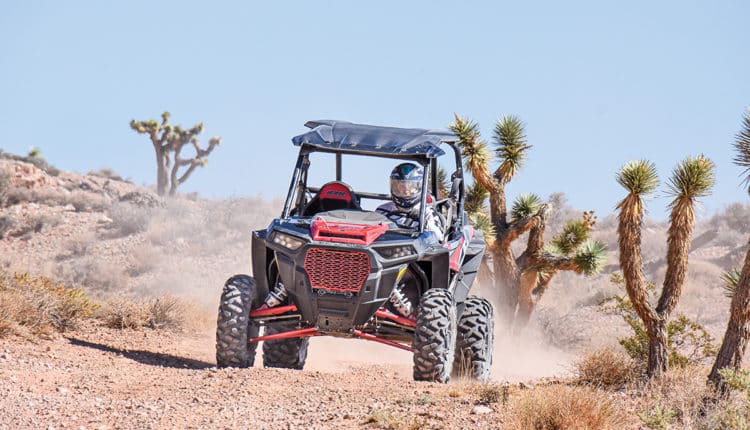 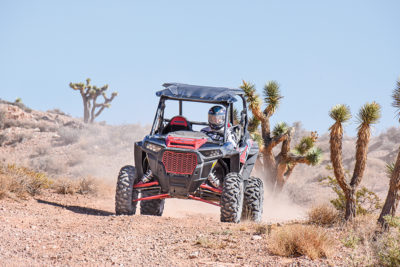 Dear Sarge, I have a high-mileage 2016 RZR Turbo. I recently had it in for service, and the dealer replaced the right front drive shaft due to it being worn. Solving RZR axle problems isn’t that simple because ever since then, if the conditions are right, that new drive shaft will pop out of the differential. I can pop it back in, but this has happened three times now, and the dealer’s service department claims that the drive shaft was installed correctly. I have kept replacing the Maxxis Bighorn tires because I like them and have also had the suspension rebuilt by Shock Therapy with its Stage 1 RIS valving and Level 2 spring kit. None of these mods should have anything to do with my drive-shaft problem. I am at a loss as to what to do. Everybody whom I have talked to says the drive shaft was either not installed correctly or the retaining clip was reused from the old drive shaft. So, Sarge, what do you think is going on here, and whom do I believe?

Private Fiddle, you may not want to hear this, but solving RZR axle problems isn’t that simple. Most likely your dealer’s motor pool did indeed install the drive shaft correctly, and no, they would never reuse the retaining clip! What they did do wrong was to over-grease the shaft. When there is too much grease in the differential from over-greasing the axle splines, this excess grease can cause the axle to pop out under load. I suggest you pull your axle. Clean out all the excess grease from the differential and the axle splines. Put a small amount of fresh grease on the splines and none on the end of the shaft. Excess grease on the splines is wiped off as the axle is inserted, but there is no place for the grease on the end of the axle to go, so it builds up and prevents complete locking in of the axle. With the excess grease removed, your axle should pop in securely and not pop back out under load. Assuming this fix works (and I believe it will), then I suggest you double-time it down to the local motor pool and explain their failure to follow procedure to them. And then, Boot, you are to consider changing your MOS to 3521! Dismissed!

ONE SQUIRTS AND THE OTHER DOESN’T!

I recently bought a 2015 RZR S 900. It was not running, but I thought it would be an easy fix. That has not been the case. When trying to start it, all I get is a backfire through the intake, and then it dies. The problem I am having seems to be no pulse to the left injector. Following the service manual, I have determined there is power to the left injector and on the signal return wire to the ECU. I swapped the ECU for another unit, but I get the same results. Right now, Sarge, I am stumped.

I see, Boot, that you are following the factory service manual. That is a good thing, up to a point. What the factory service manual will not do is determine what a previous owner has done to your Zooter. It could be something as simple as the previous owner swapped the injectors, left for right. That will cause backfires. The crankshaft woodruff key could be partially or fully sheared, causing the timing to be off. Or, the ECU is getting an over-temp signal, and, if it goes into limp mode, the ECU will not allow both cylinders to fire until a certain cool-down threshold temperature has been reached. Check that out in your service manual. Beyond that, long-distance troubleshooting of electronics ain’t easy, Boot! Sounds like you purchased a “pig in a poke”! Laugh, Boot! Maybe a trip to the local motor pool would be your final step with a list of all your tests and results. Pushing your Zooter there will build character and give you time to reflect on this purchase! Dismissed!

Is it possible to convert a Polaris RZR 170 to EFI? Initially, we had a lot of luck with the carbureted RZR 170, but over time, it has become hard to start and keep running. A new carb fixed the problem for about a year. Then the problems started again. So, I had this crazy idea to try to adapt something from another small EFI engine and see if I could make it work. My son suggested I talk to you before I jump in and “wreck” his prize RZR!

Boot, you “wreck” his favorite Zooter and you will have both of us to answer to! Small carbs tend to have the bleed passageways fill up and become plugged. And, there is no good way to clean the passageways out. The correct procedure is to remove the carb and step out back and throw it as far as you can! Laugh, Boot! Actually, Electron makes small-engine EFI conversions. They are mostly not DIY, but science projects here: www.ecotrons
.com/small_engine_fuel_injection_kit/. But, here is what I know about those kits on a Zooter such as yours: 1. Set the pickup to TDC angle. 2. Set the ECU to -50. 3. Set the engine displacement to 170. 4. Set maximum rpm to 8000. 5. Connect the CKP wire from the Ecotron’s ECU into the CPS wire of the factory CDI. That should get you running at least. But, more tuning will most likely be necessary. Have I scared you away yet, Boot? No? Then count off 50, Boot! Dismissed!