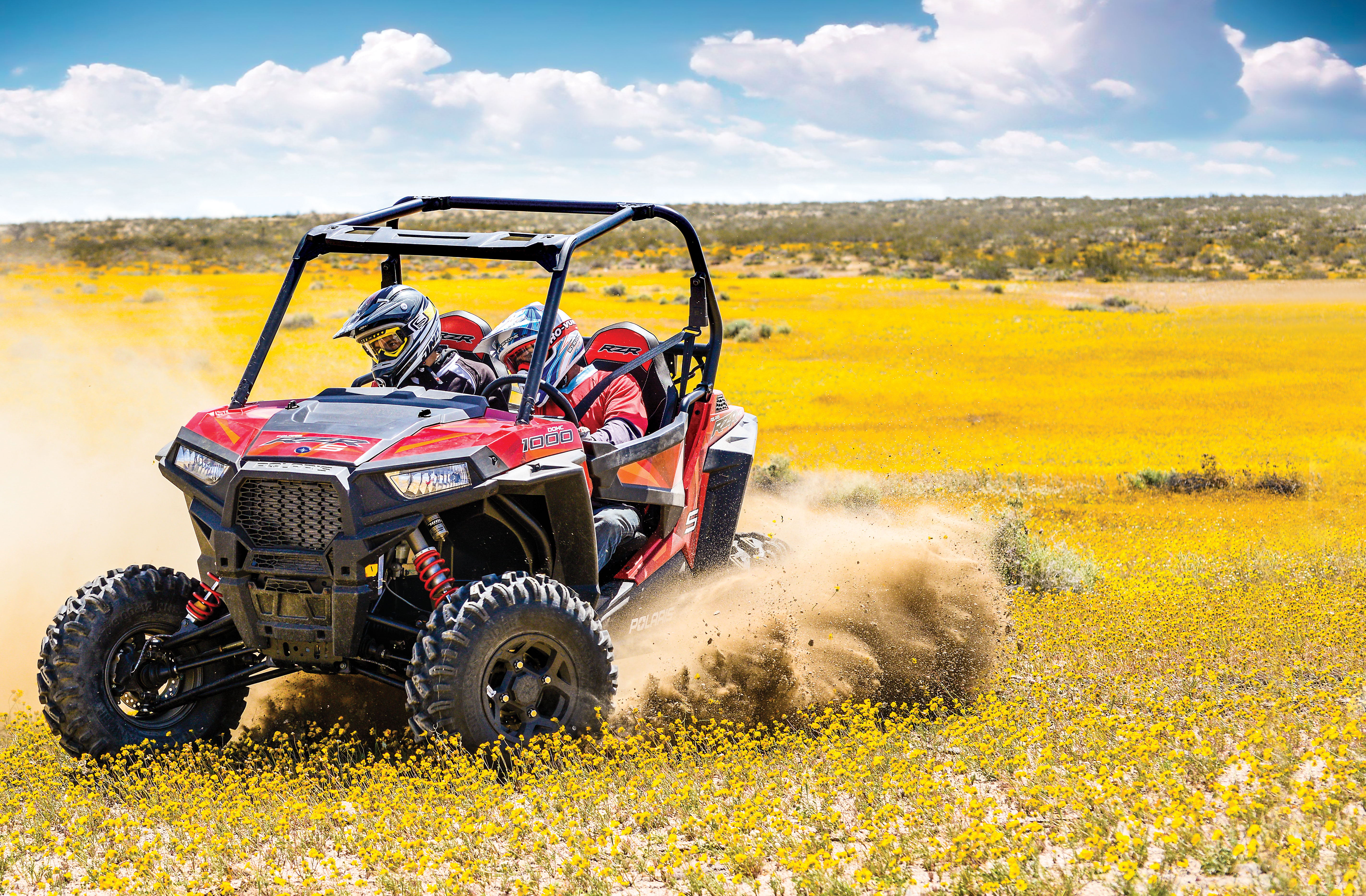 HOW MUCH IS IT?

WHAT KIND OF TRANSMISSION DOES IT HAVE?

A belt-type, fully automatic, continuously variable transmission. It’s the easiest type to use. Unlike most other RZR models, the RZR S 1000’s transmission provides engine braking in continuous zero-throttle situations.

WHAT KIND OF 4WD SYSTEM DOES IT HAVE?

HOW FAST IS IT?

HOW IS THE POWER DELIVERY ON THE TRAIL?

It’s aggressive but controllable. A hundred horses is a lot of power for tight woods work, but the RZR’s power delivery is responsive without being too abrupt. It has the tractability you need for rock steps and slippery trails, and strong acceleration for covering ground in a hurry. Low range is good for 40 mph, so on tight trails you can rocket from turn to turn. The S 1000 has that great, fun feeling of always having plenty of power in reserve.

HOW IS THE SUSPENSION?

It’s an excellent woods setup. The RZR S 1000’s suspension has a firm, sporty feel, and it handles aggressive driving with great control and no excessive bottoming. With 12.25 inches of travel up front and 13.2 inches in the rear, it’s able to take G-outs and jump landings in stride. It can even maintain an impressive pace in whoops, though it can’t devour whoops at XP 1000 speeds. Tool-less, knob-type compression-damping adjusters on the shocks make it easy to take advantage of the suspension’s adjustability.

HOW DOES IT HANDLE?

It’s very agile and well planted. Front and rear sway bars and high-end suspension give the S 1000 flat, direct cornering. It’s impressively stable on steep or off-camber trails, and it slides predictably. Power steering gives the RZR S 1000 a light, easy-to-handle feel, and it damps the feedback bumps try to send through the steering wheel.

HOW IS IT ON HILLS?

It’s a confident climber. With 100 horsepower, power isn’t an issue when taking on big climbs with the RZR S 1000, and the 4WD system gets the power to the ground efficiently. The GBC Dirt Commander tires find plenty of traction in soft, rocky and hard terrain. Unlike most RZRs, the RZR S 1000 has engine braking, which adds a measure of security on steep downhills. It only acts on the rear wheels, even in 4WD, but having engine braking when you’re off the throttle makes steep terrain easier to tackle.

HOW IS IT IN MUD AND WATER?

Mostly great. As with many sports UTVs, the bodywork and the quarter doors don’t offer much splash protection, but the S 1000 is otherwise well suited to wet and muddy riding conditions. Door inserts or full doors can help keep more mud and water outside the cabin. Plenty of power, an effective 4WD system and 12.5 inches of ground clearance make muddy, rutted terrain just another fun feature on the trail for the RZR.

HOW ARE THE DETAILS?

Impressive. The RZR S 1000 comes with power steering, painted bodywork, aluminum wheels, and compression and spring preload-adjustable piggyback-reservoir Walker Evans shocks. It also has quarter doors rather than nets and a roomy, comfortable cabin with good seats. Engine braking makes this RZR one of the easiest RZR models to drive in hilly terrain.

The RZR S 1000 gets you the arm-stretching power and acceleration that makes 1000cc machines so much fun with the crisp, agile handling and added trail access of a 60-inch-wide machine. It’s also much more affordable than the RZR XP 1000. 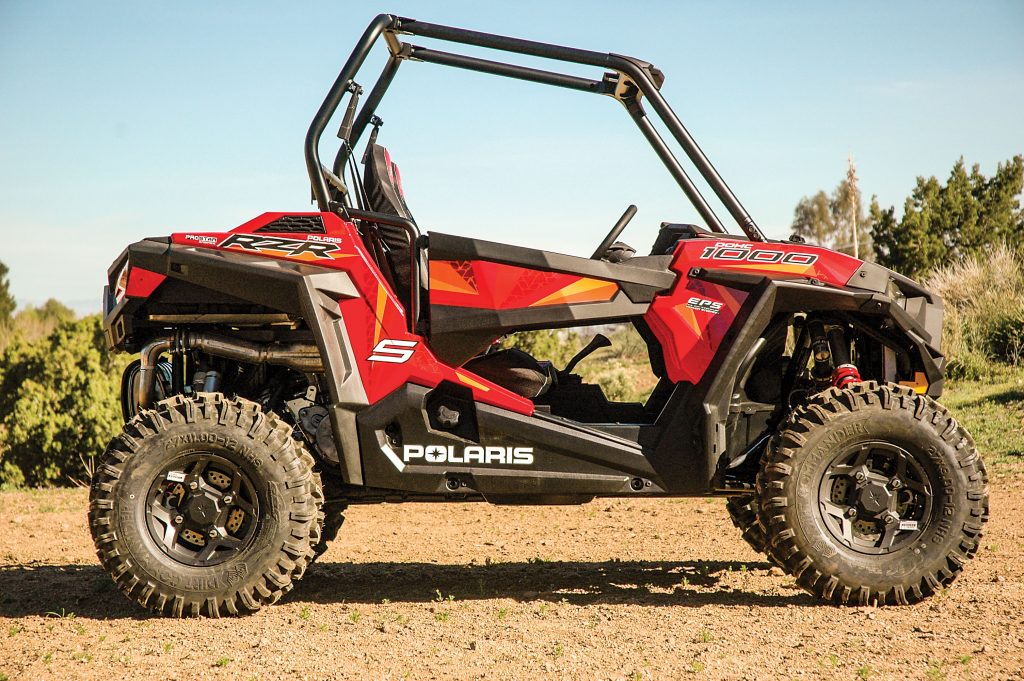