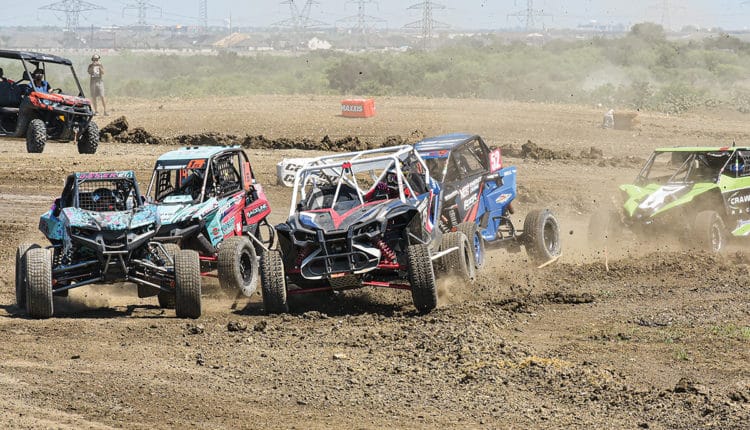 TexPlex Park in Midlothian hosts the $200,000 Texas UTV Racing Series, and in June the Texas UTV racing series round 5 marked the midway point of the 10-round series. TexPlex is the home track of Cody and Hunter Miller, and the vast facility is even located on Miller Road, so it’s no coincidence that the Miller brothers have been dominating the Pro Turbos for the past season and into this one. The NA 1000 Pros have also provided great racing with factory Polaris athlete Ronnie Anderson and youngster Kainan Baker battling for the win in each round. Heading into round five, Anderson had won the first two weekends, and Baker fought back to win the third and fourth rounds.Having many motocross courses and an MX race series, TexPlex has a unique UTV racing format. Each class has two Saturday races, with the shorter first “moto” having split starts and separate scoring on elapsed time. The fastest wave winner gets first gate pick for the longer second moto. The two races are then scored together, with the lowest total being declared the winner, like in the MX of Nations. TexPlex uses the AMA motocross national scoring system, with first overall getting 25 points, second earning 22, third getting 20, fourth earning 18 and fifth getting 16. From sixth to last, there is a 1-point difference between places. Each series racer gets to drop his or her worst score before the final championship round. 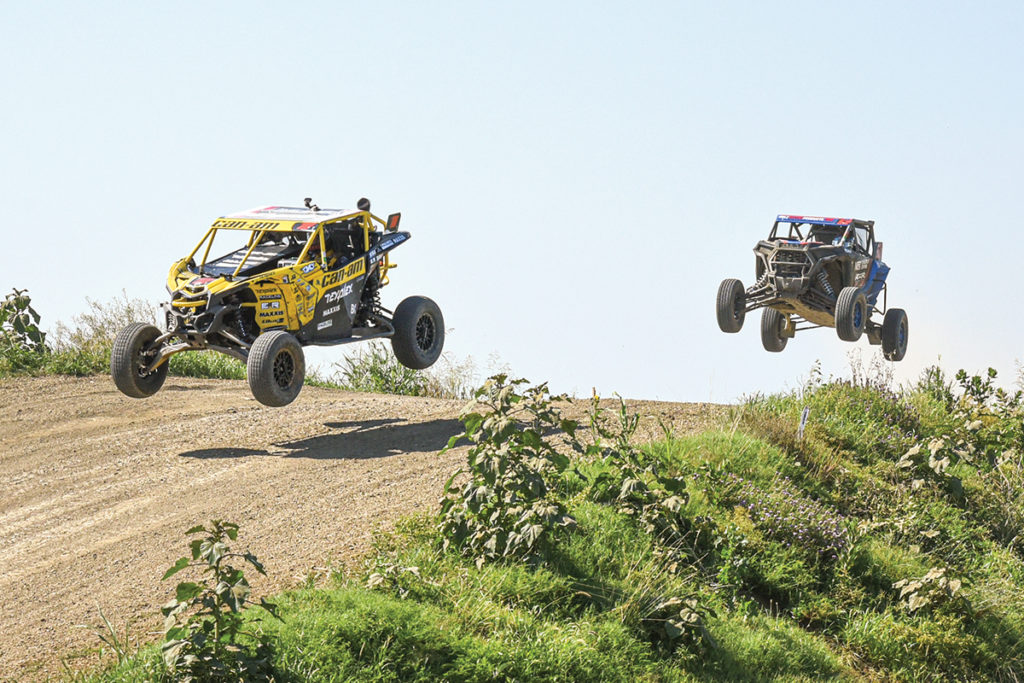 New for 2021, the course has seen some changes. The split rhythm section between turns one and two has been eliminated, and now it’s more of a chicane. Also, all but the pros start much closer to the first turn to decrease entry speed and increase safety. Pros have the traditional Crandon-style land-rush start with rollers. Pro Turbo 2020 contender Kyle Hart hasn’t competed in 2021, but Lucas Oil Midwest champion Kyle Chaney has taken over with four second-place finishes behind Cody and Hunter Miller. WORCS and LOORRS contenders Anderson, Corbin Leaverton, Cody Bradbury, Shawn Saxton and Chance Haugen have also joined the hot racing action.

At Pro Turbo round five, Ronnie Anderson won his wave in heat one, and Cody Miller won his wave, while Hunter and Chaney were both second. Anderson took the holeshot away from Cody Taylor (C-A) in the longer second moto, but Hunter was quickly into the lead. Anderson dogged Hunter for the lead to the midway point, but then blew a belt in his Turbo S and DNF’d. Hunter turned a 02:37.784 on lap three in the battle with Ronnie and gapped the field when Anderson retired. Chaney took over second, with Taylor third and Cody Miller fourth. For the overall, Hunter scored a 2-1 to win his second Pro Turbo round and pass second-place Chaney in series points. Cody Miller’s 1-4 was good for third overall; he leads with three wins and two other podiums at the midway point of the season.

In NA 1000 Pros, there weren’t enough entries for split starts in heat one, so Baker and Anderson settled into their battle for the lead until Ronnie put his RS1 on its top. Defending champion Collin Truett passed Cross Kirchmeier for second on the last lap of the heat to get second gate pick for the longer second heat. In the main, Truett looked to have the hot line but tangled with Koen Crawford (Yam), while Anderson tucked inside to take the holeshot. Anderson took the lead ahead of Baker and pulled away by about two seconds a lap, dominating the main. Kirchmeier got past Baker on the last lap for second, but Baker’s 1-3 scores were the best of the day, and Kirchmeier’s 3-2 was good for second overall. Anderson’s 6-1 put him third for the day, but his points on the day were good enough to keep the Pro NA points lead.

Entries totaled 151 for the Father’s Day weekend round, and three rounds remain at press time—September 25th, October 16th and the double-header on November 6-7th. We’ll have to wait and see which Miller will take home the $30,000 Pro Turbo championship bonus or if Chaney’s consistency can upset the Millers’ speed. Anderson and Baker are the favorites for the $30,000 Pro NA 1000 title, but Kirchmeier lurks close in third.

TexPlex also hosted a crawfish boil Friday night with 250 pounds of crawdads and put on family pit bike races. TexPlex is also a Can-Am Uncharted Society outfitter, and we saw several families renting Maverick Maxes for touring the off-road loops. Also, after five rounds, only one person has been undefeated; Levi De Kereyrel has topped the Absolute Stock 1000s in his Honda Talon with 1-1 scores at every round.