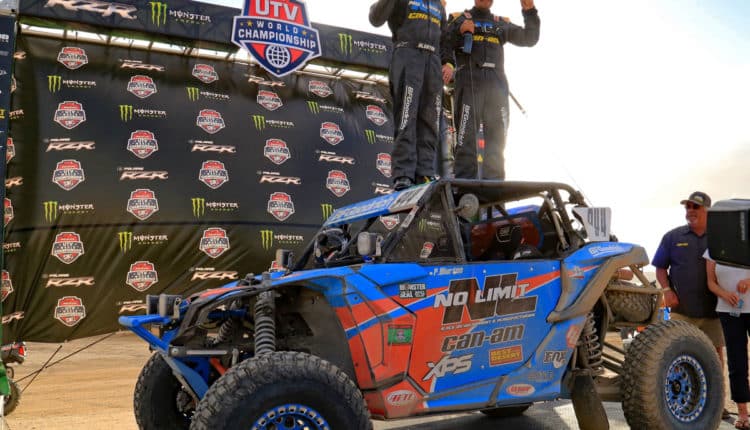 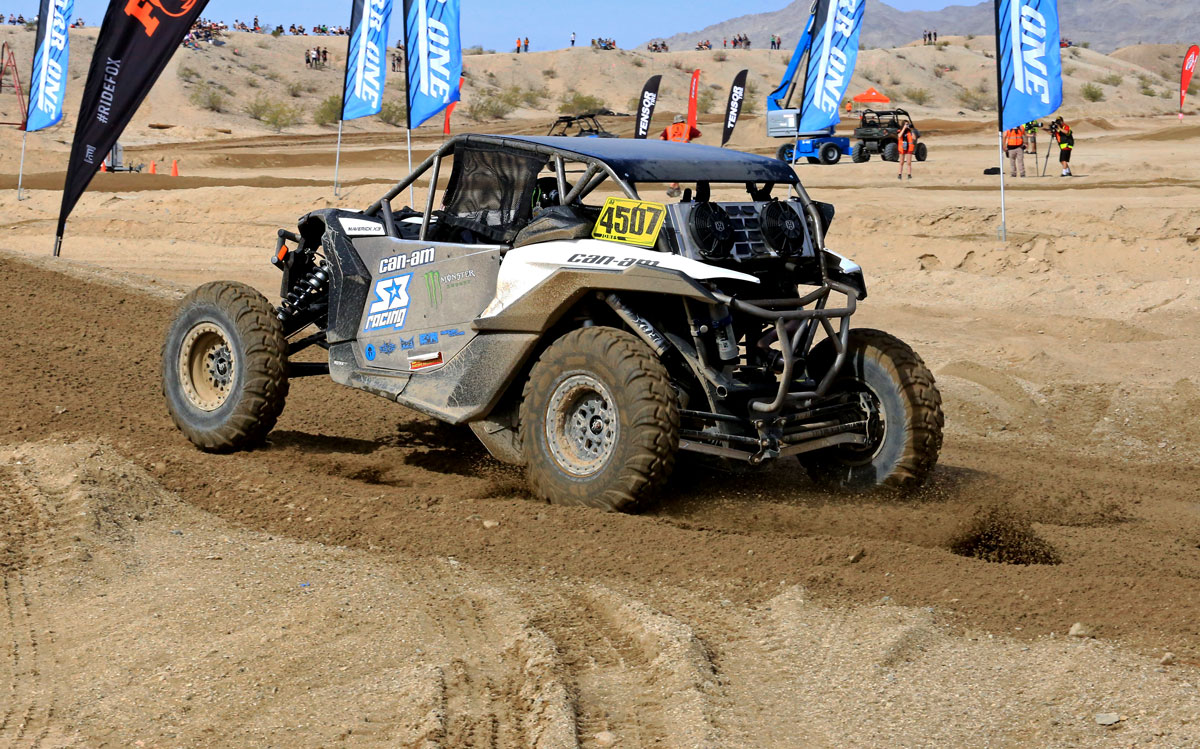 Dustin Jones won the short course title for the Polaris RZR UTV World Championship. Driving his S3 Powersports Can-Am X3, Jones finished first overall and first in the Turbo class. Jones also made  waves with a second podium later in the day for the desert race. Shelby Anderson scored her first-ever Pro victory, driving a Polaris RZR in Production 1000. The event was part of the Best in the Desert Series.  Anderson started at the back of the pack and fought her way up, she definitely earned this hard win. 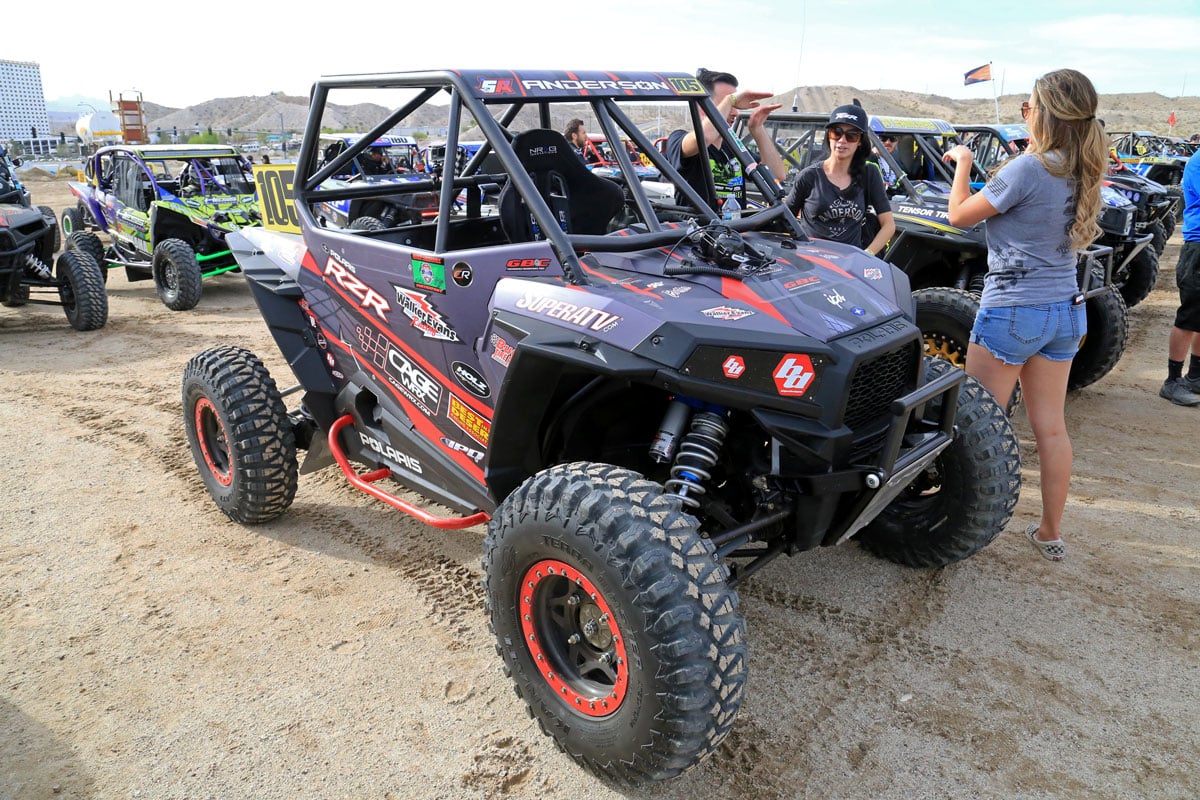 “We got the car fired up, got into the desert first, and tried to run a pace that conserved the car but kept us up front,” said Jones. “We got into traffic pretty quickly, but the wind was blowing, the conditions were good, the track was rough, and the car was running hot. The track was rough; it was the roughest I’ve ever seen it. The infield was fun, but the backside Fox Proving Grounds were torn up. There were cars scattered everywhere and a ton of carnage. A fast conservation is what we had figured out to get to the finish first.” 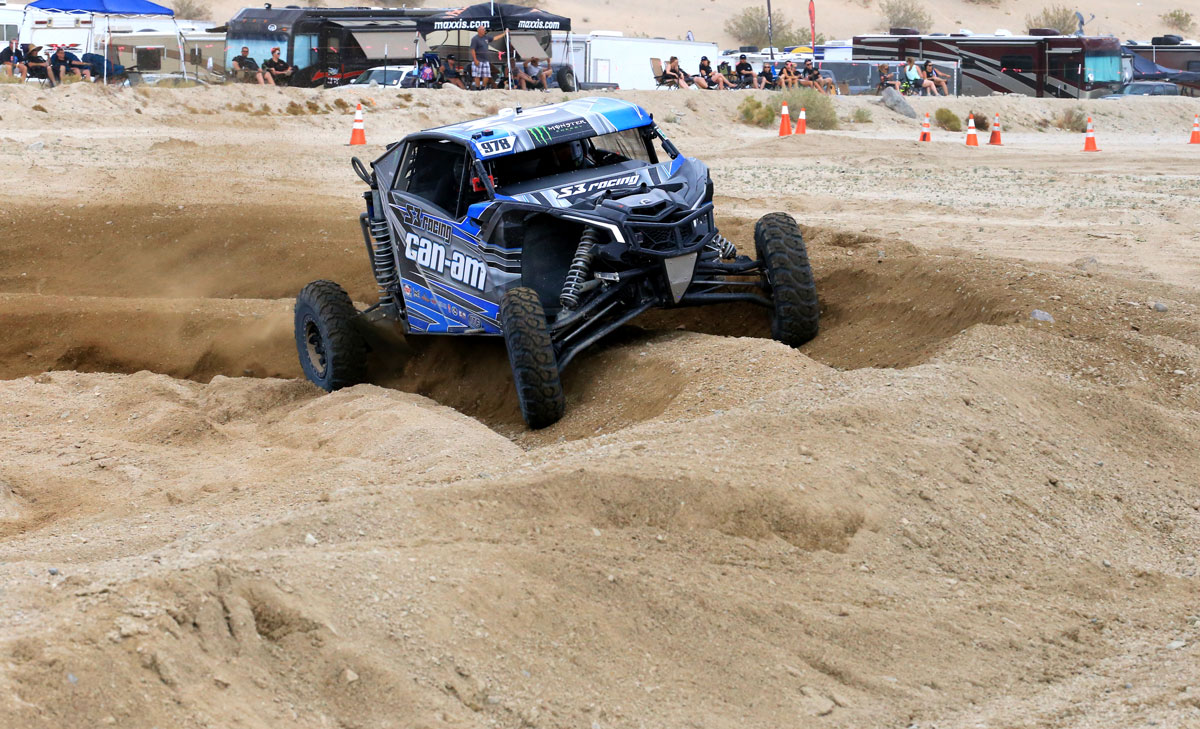 Defending Best in the Desert Series champion Phil Blurton scored his first victory of the season, winning the Polaris UTV World Championship powered by Monster Energy. Driving a Can-Am X3, Blurton finished first in the Turbo class, ahead of Ryan Holz, Dustin Jones, Jacob Carver and Bill Zemak. Dodge Poelman won the Production class, while Cody Bradbury finished first in Sportsman.  This year the first ever international UTV World champ came from way down under.  Brett Comiskey from Australia claimed the unlimited class title in his Can-Am with help from Lone Star Racing.

“Another flawless UTV World Championship for us,” exclaimed Blurton. “This car really excels here because the whoops are so big here and the chatter bumps are so rough. With all of the wheel travel it has, it just soaks it up. This put us back into a really good position in points right now. As long as we can stay on track, we should be in the hunt for another championship.” Team No Limit has been going strong in the past and this first win of the season brings them into the spotlight or another good year. 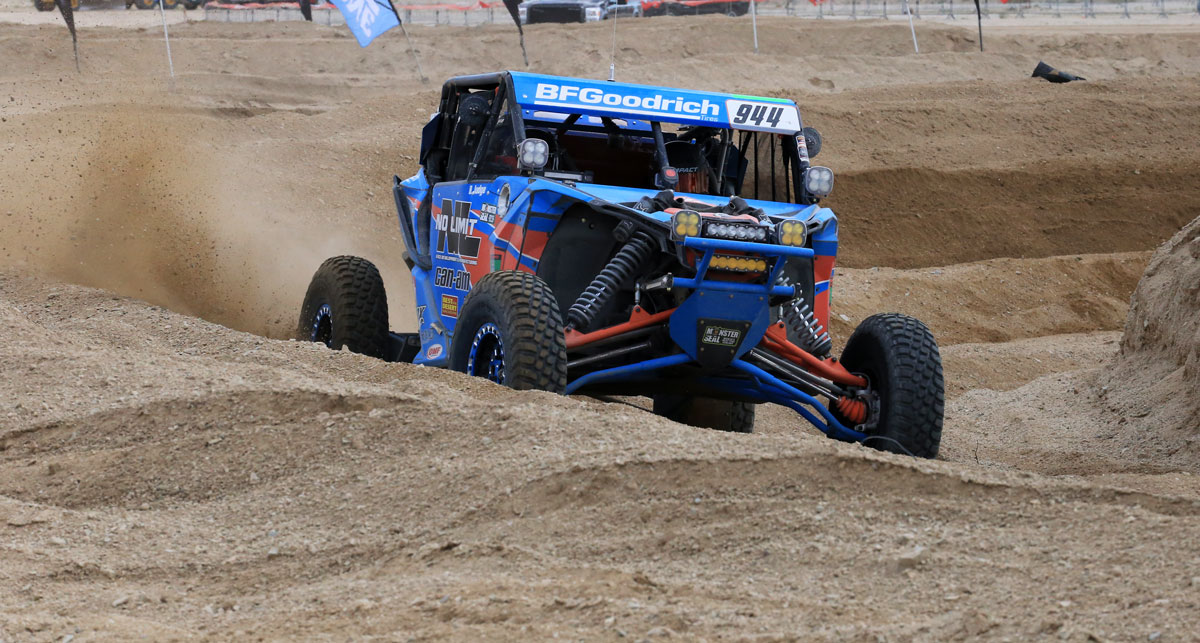