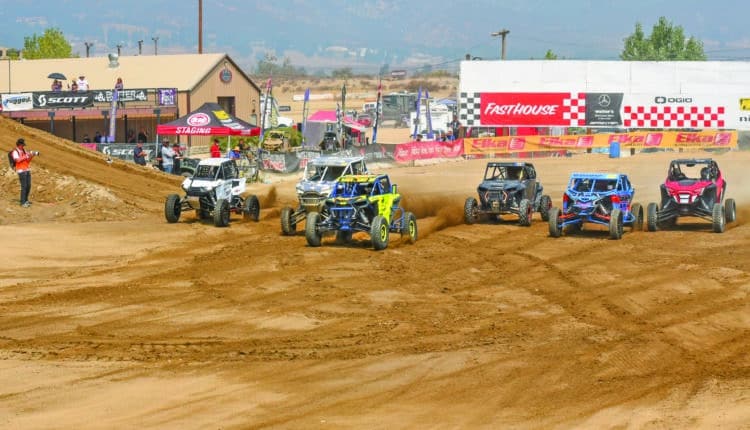 For more than 30 years my favorite part of being a magazine guy has been shooting and covering Supercross and national motocross races and hanging out in the pits with Roger DeCoster, mechanics and racers. Motocross has been in my blood since 1970, and it has been great seeing the sport progress. Lately, though, the sheer number of photographers alongside COVID-19 have relegated me to watching Supercross on TV with riding buddies. Besides the racing, my favorite segment is Kawasaki’s “Science of Supercross” with Jeremy McGrath. The science of starts improved my race results.

After finishing mid-pack in 250cc support at an international race in Denver on my Dad’s Yamaha DT1, I became the proud owner of a used 1969 Penton 125 Six Days, an enduro bike. In my first year of racing, I always finished one position from trophying. I figured that there were faster riders on faster bikes, so I had to outsmart my competition. The best place to pass everyone was the start, where nobody was ahead of me on the track. That became even more true when I started racing ATVs and then UTVs; the bigger and wider your machine, the more important it is to start up front. Thus began my “Science of Starts.”

Back in the early days, most starts were rubber-band controlled. Surgical tubing was stretched from poles on each end of the start line and looped around a Phillips screwdriver poking through the center pole. Heavy twine was attached to the screwdriver so we couldn’t see the starter. I got to the line early and watched starts before mine to learn the process and to line up next to the center pole. When that string twitched, I dumped the clutch and got the jump on most of the field—and I started getting trophies.

Moving to Virginia, there was a big track at Chesapeake that used a traffic light for starts; it went red/yellow/green, and I never even looked at the green. When yellow flickered, I went and usually holeshot. Once I raced a friend’s 175 and pulled a holeshot so big it took future national champ Tony Distefano a lap to catch and pass me.

Newer tracks started using starting gates. I always looked at the pin holding up the gate next to mine, never my gate. Most tracks had a guy who would walk across the start line pointing at each racer to make sure each was ready. When he stepped off of the track, the starter would drop the gate, so I started before that final step reached the ground. Later, the 30-second sign was used with the same process.

I got good-enough results that I got a shop ride at Johnny’s Cycle Sales in Martinsville, then I got a 1973 chromoly-framed (CMF) Penton 125. That bike was so much faster that I usually won, and I never lost a 125 moto at Smith Mountain MX near Roanoke. Then I got another shop ride with Wheel & Spoke on a Yamaha MX3 250. When I got a track’s start-sequence dialed, I quit looking at the gate at all; I’d watch for the starter’s “tell.” Dad filmed the races, and it looked like I was “starting the starter” on film.

I wanted to turn pro, but my parents made me go to college. After graduating, I bought a ’79 Husqvarna CR390, then an ’83 CR500, and I started doing local race coverage for Cycle News. I won a 1983 Oklahoma State Championship on the 500, then bought an ’85 KTM 500. I went from “also ran” to winning regularly again. Coming to ATV Action, I began vintage racing in the late ’80s. It was either ’88 or ’89 when I had FMF build me a trick MX360 Yamaha. The American Historic Racing Motorcycle Association Western Regionals had seven rounds that year. Using the science of starts and that rocket, I holeshot 12 of 14 motos and won the regional title that year.

Much later, Yamaha introduced the YXZ1000R Sport Shift at the Big Buck GNCC site. I had raced a few GNCCs on bikes and quads, but I was struck by how few places there were to pass UTVs on that course. Later in the day, Yamaha’s Pat Biosi demonstrated the Sport Shift’s Launch Mode for us, and we tested that. Genius! Yamaha engineers had put what I had been doing for decades into a sport UTV! Later, Honda did the same thing with its Talon, so both have a huge advantage over machines with CVTs, because holding down both the throttle and brakes burns CVT belts.

Now, even though I’m not racing, I watch the starters at WORCS and Texplex events, and I simulate starting as I watch each process. They’re on tight schedules, so races can’t be blacked-flagged, re-racked and restarted. No, if you obviously jump the start, they dock you a lap. So, the science is to get just enough of a jump to get up front—if not the holeshot—without obviously jumping.

I also maintain my reflexes at every traffic light in daily driving. Muscle memory rules!