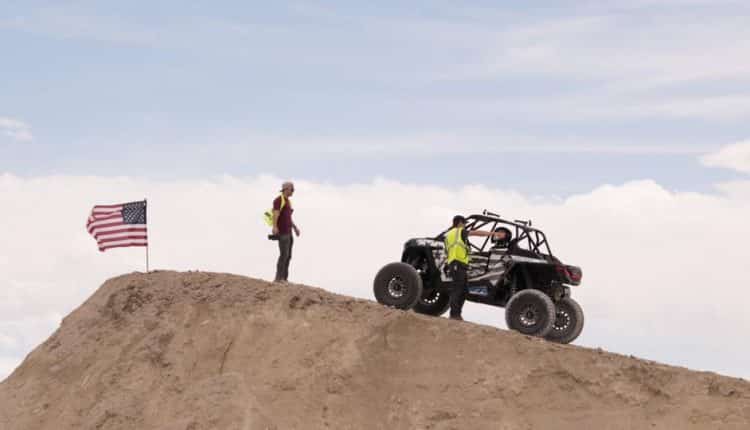 According to Tanner Godfrey’s Facebook page this is how it went down and reset the UTV long jump world record.

Things got a little western yesterday going after the record. Even with a 14 mph crosswind and landing a little sideways we did it! We hit 247 feet and got the record back!!! We’d been fighting wind and rain this entire week. The winds were gusting up to a 30 mph cross wind. Everyone was told I wasn’t hitting it because of the wind. But right as we they canceled it the wind died just enough for @gregggodfrey to give me a green light. As I was heading to the ramp I saw the flag pick back up from the wind. I almost lifted off the gas from it. I then thought well let’s see what happens and hit that skinny pedal. I ended up hitting it at 84 mph. The back kicks over to the left as I’m in the air. I dropped my driving stick and grabbed the wheel with both hands. I land and it kicks hard back to the right but I was able to counter steer out.