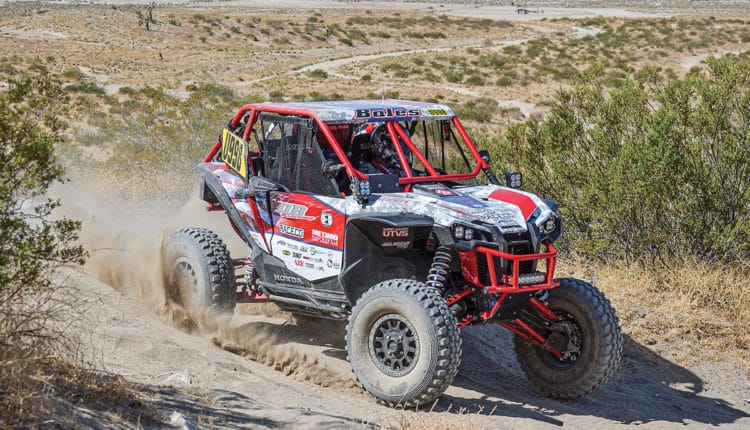 About a year ago we featured a fairly stock Honda Talon with parts from IMG, All Balls https://www.allballsracing.com/  and HMF built for WORCS racing, as well as the UTV Rally class for events like UTV World Championships and the Best in the Desert Series. During the first few races in the car, owner Donnie Bales quickly figured out the weak points on the Talon, which are mostly in the suspension department, and upgraded his UTV rally class build.

The constant pounding the car received at one race in Parker, Arizona, quickly started to bend the suspension arms at both ends of the car. To combat this, Donnie turned to Raceco to gusset all of the arms. The reinforcements were welded in place and then re-powdercoated to the factory red color. Raceco also supplied new radius rods and tie-rods, as well as a front bumper. The final Raceco product was their signature steering wheel upgrade. The wheel is actually an MPI product, but is outfitted with a bracket that houses four push buttons. Two are for shifting, one is for the horn and the other is a push-to-talk button for the Rugged Race radio. The cockpit was also outfitted with two new Sparco seats and a Lowrance HDS 7 GPS system. 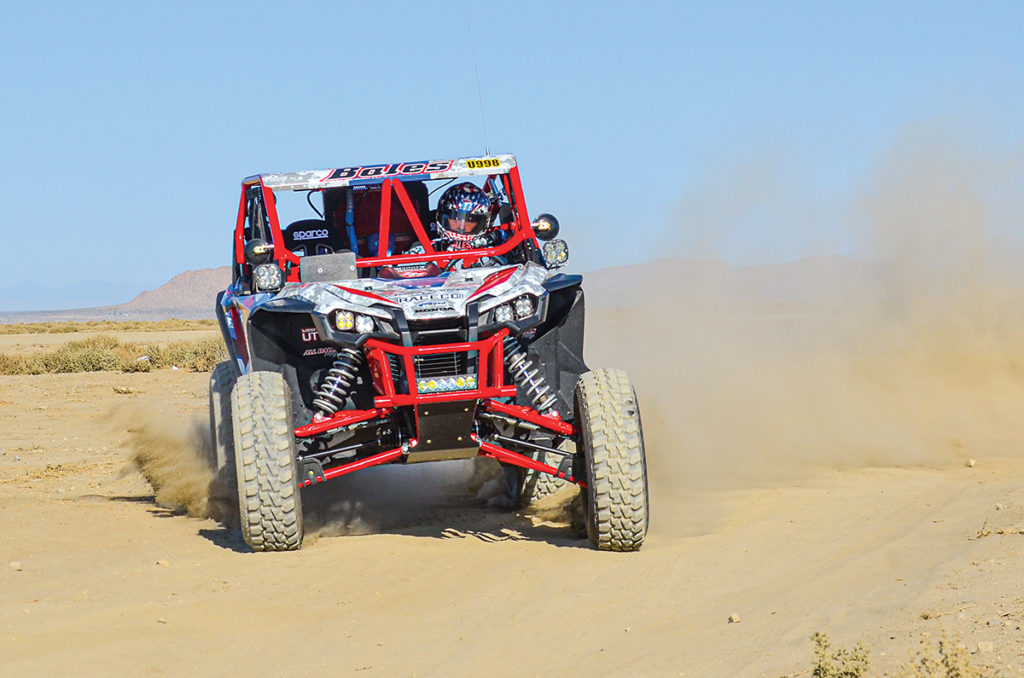 Along with strengthening the car, Bales wanted to add a few tweaks to make it handle better as well. Since the Race Tech re-valve he did initially wasn’t quite enough, he had them do a full shock build and added a 25-position adjuster. More suspension and control were handled by going with 32-inch-tall Tensor tires mounted on 5+1 Method wheels. This setup allows the car to roll over the larger bumps instead of having to slam through them.

Factory UTV’s X-brace skid plate and a new USA-themed wrap finished off the list of new parts on the build. We had the chance to drive the Talon again at our local ride area in El Mirage. The suspension action was much improved, thanks to the shock, seat and tire upgrades. We like that the car is still exciting to drive. Being stock width and travel, there is no power loss, and the suspension does a great job pounding through the whoops or railing out of the tight corners. You don’t get that big, heavy marshmallow feeling like you do in some long-travel cars. Using the push-button shifters is fun, but we have to admit, the Honda computer still shifts better than we do, so we leave the tranny in auto mode most of the time, as does Donnie. However, it is still great to be able to downshift or upshift if we see something in the terrain that the computer can’t. We are also happy to report the HMF exhaust-equipped stock engine can still pull the taller 32-inch tires to the rev limiter in every gear (except sixth). We will keep you posted on the progress of this and other race builds as the next season gets underway. 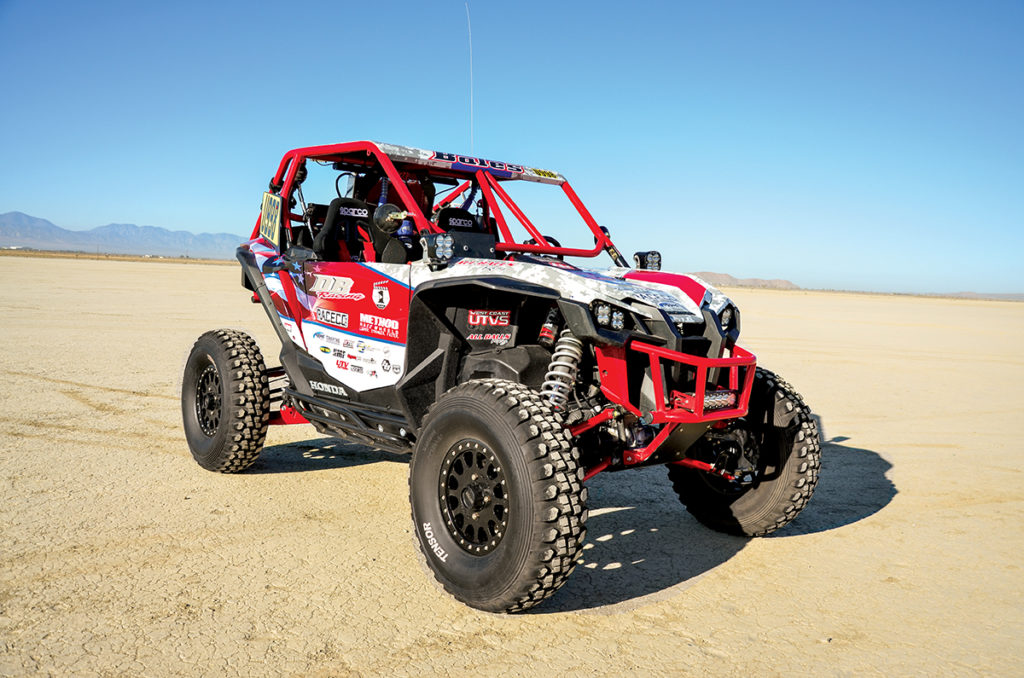