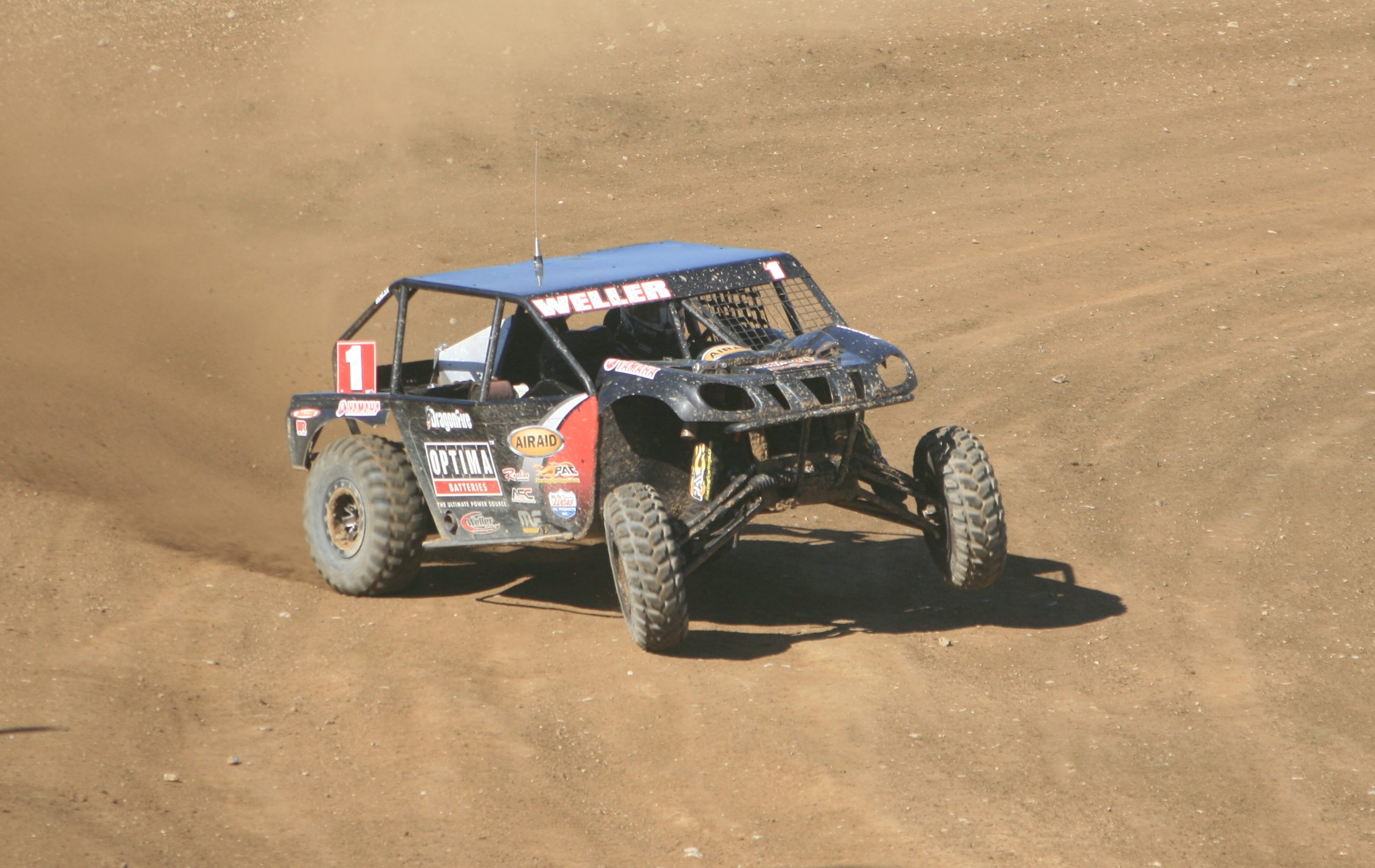 WHAT IT TAKES TO WIN: A racer and her machines

Corry Weller is no joke on a race track, and her SR1 championships in short course racing prove that. Weller’s hunger to race began in 2001 where she pitted herself against male racers on motocross tracks. Around the time the Yamaha Rhino came into fruition in 2004 as a 2005 model, Corry and her husband Jason Weller had a feeling that a new bench mark in the off road industry was about to begin, so they started a company called Weller Racing. They focused on building UTV racing engines and by doing so, they built a brand around Weller Racing. Corry stumbled into racing short course around 2008 and never looked back. 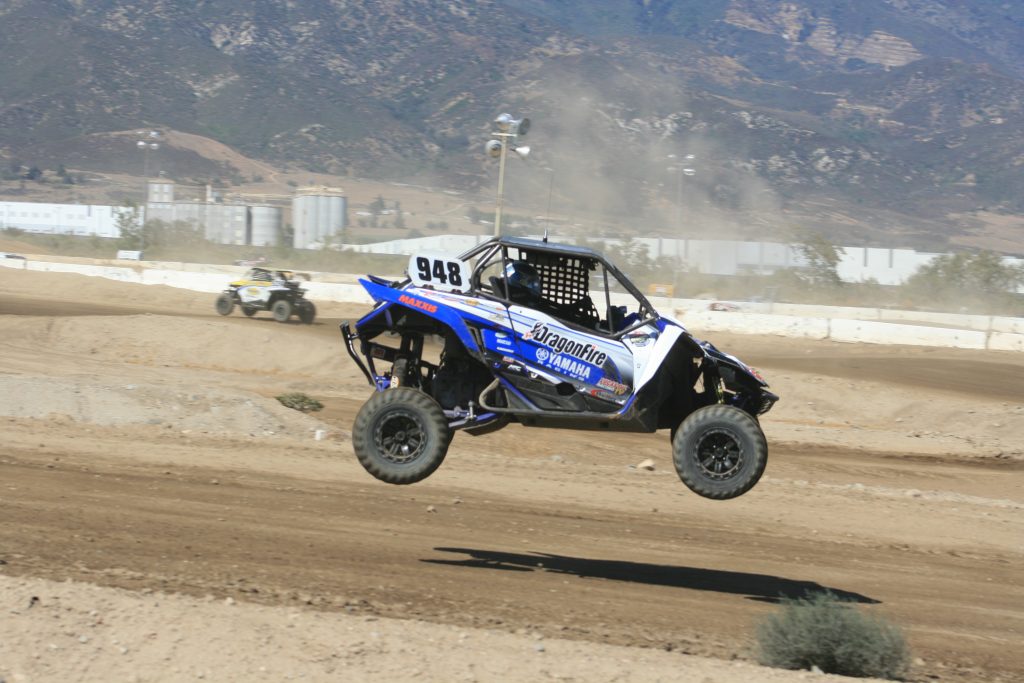 Weller began winning consistently and eventually landed her first championship racing in the SR1 class. A SR1 is a highly modified Yamaha Rhino that has a Yamaha R1 street bike engine stuffed in its frame. While the original Yamaha Rhino barely had enough power to get out of its own way in racing, a SR1 is a serious power house and can make upwards of 130 horsepower. Stock Rhino suspension has wheel travel numbers of around 6-7 inches, while a SR1 can boast over 12 inches of travel front and rear. The machine is designed to sit low to the ground which means a lot of custom cage work to get all of the components to fit correctly. 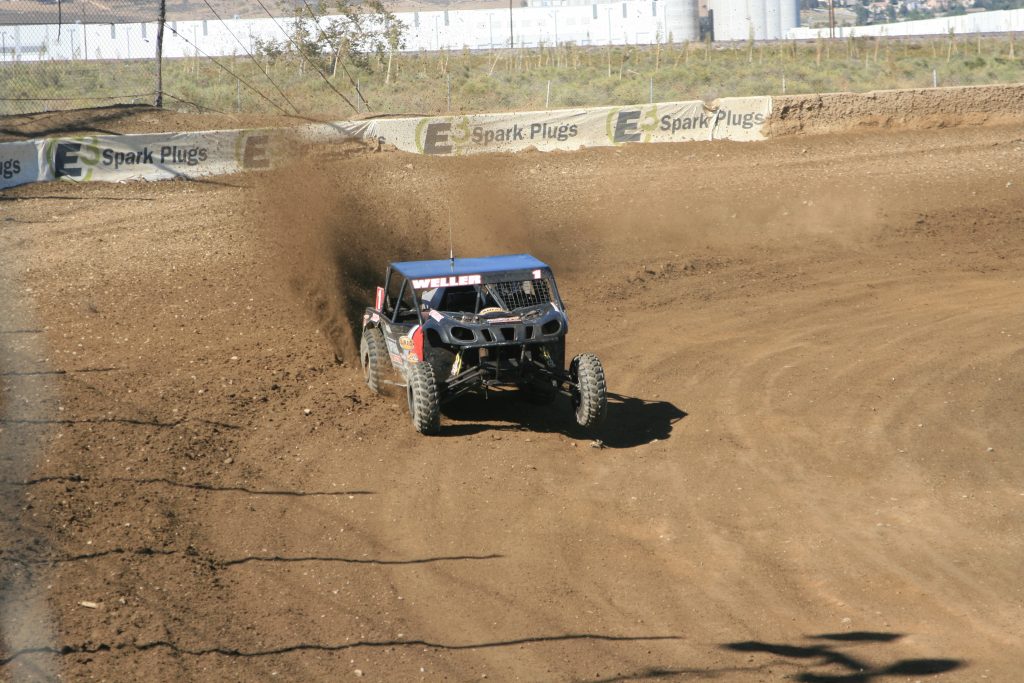 It doesn’t just take a great driver to win races. Even when racing the Production 1000 UTV class, the machines are far from stock and Corry and her husband have to make sure their machines meet regulations. There are a lot of safety features that must be incorporated into short course racing vehicles. For starters, all machines must have a Chromoly or D.O.M tube chassis with a rock guard screen that covers the windshield area of the machine in front of the driver and the whole area if a passenger is involved. A fire extinguisher is highly recommended, while a full fire racing suit is required. Window nets, a 3-inch seat belt harness system, manufactured race seat, head and neck restraints, and a driver to race control radio is all required to race in the Lucas Oil series. 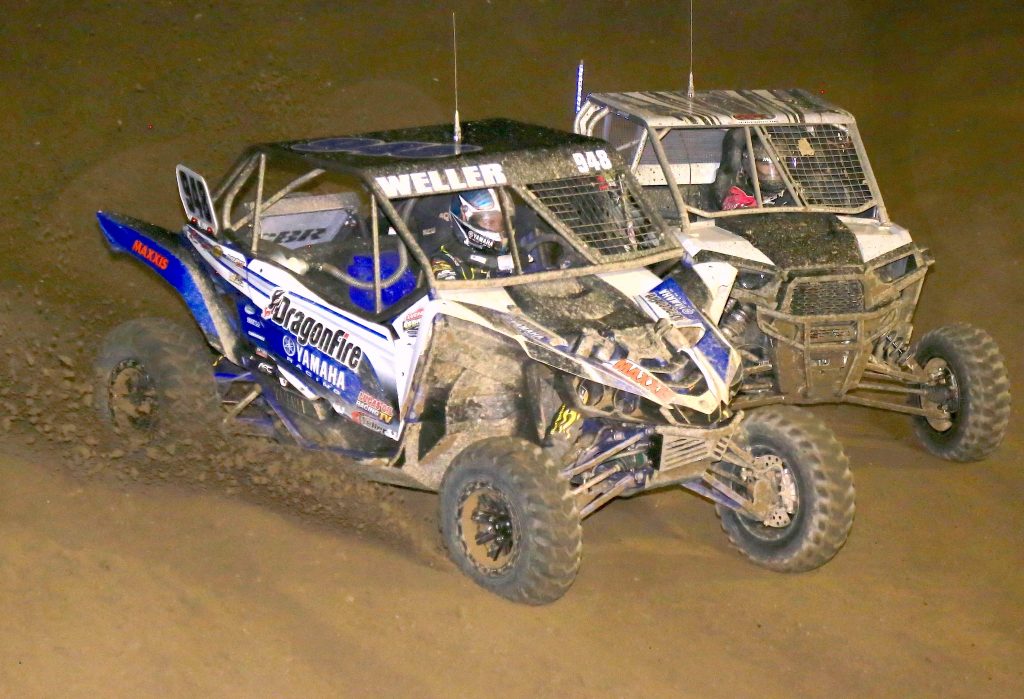 Fast forward to 2016 and Corry Weller is running a number 1 plate from her 2015 championship win in the SR1 class. Yamaha released the YXZ1000R UTV that she has been racing, along with her SR1 car and her Pro 4 truck. Weller is a force to be reckoned with in a 4-wheeled off-road machine. Corry is leading points in the SR1 class, isn’t far behind Dustin Nelson in the Production 1000 class and she simply wont stop winning!

NOT Riding could hurt your health!