HOW TO WATCH THE 2020 BITD VEGAS TO RENO DESERT CLASSIC 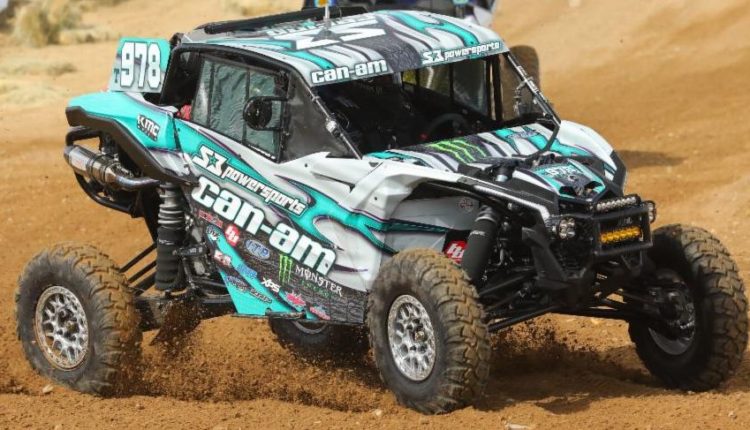 Top UTV desert racers are set to take on America’s longest one-day race, the Best In the Desert Maxxis Tires “Casey Folks” Vegas to Reno classic, a 550-mile full-throttle race across Nevada. Racers go through tech inspection today and start the high-speed race Friday morning north of Las Vegas, at Beatty. The race ends outside of Reno (at Dayton) early Saturday morning. While it’s too late to sign up for the 24th V2R, it’s not too late to spectate portions of the race in in the Nevada desert. MavTV will air the 2020 V2R on October 7th at Noon Pacific Standard Time, with a repeat on October 8th at 11:00PM PST. Go to www.bitd.com/live-tracking/ to view the race online.

Spectators along the route who appear on public lands must abide by the CDC recommendations and Governor Sisolak’s Executive Orders regarding COVID-19. Anyone showing signs or symptoms of infection, are elderly, or have a compromised immune system should not participate. Everyone must practice social distancing and wear a mask while in public. Anyone who has tested positive and has not been cleared by a medical professional should obviously not be in public or at the Vegas to Reno Race. No spectators are allowed in the pits, checkpoints, or at the official race start or finish. Those areas will be blocked off by race officials in accordance with the Bureau of Land Management permit.

After lengthy discussions and the submission of a ground-breaking COVID-19 Safety Plan, the BLM has officially issued the permit for the 24th Annual Maxxis Tires “Casey Folks” Vegas to Reno Presented by Fox. The race will run as originally scheduled Aug. 12 -15, 2020. A record field of entries including all the top names from every segment of the sport will be competing, eager to win the famously-grueling 550 point-to-point race from Las Vegas to Reno, Nevada, the longest off-road race in the United States.

The BLM is granting the permit under the condition that Best In The Desert and its racers adhere to additional COVID-19 mitigation guidelines. These conditions will be spelled out in greater detail in an email to all racers entered in the event within the next couple of days.

With the 2020 Best In The Desert race season just past the halfway point, fans can expect some close racing as competitors challenge for series points championships and bragging rights as champion of this legendary off-road event.

“We are happy to report the race will run as scheduled,” said Best In The Desert CEO Daryl Folks. “We sincerely appreciate the work done by the Nevada BLM State Office and the Battle Mountain BLM District Office along with their hard-working team to help us arrive at this point. It’s only fitting that the race named after our father and the founder of Best In The Desert will be run after all. In the end, it came down to the fact that we were able to prove that our racers know how to follow rules and will comply with the special measures we have put in place to make sure we run a safe race and respect the special COVID-19 safety protocol we’ve established.”

UTV Pro: Seth Quintero and Kaden Wells sit in a tie for the points lead after three rounds, with Joe Bolton and Corbin Wells within striking distance. Madeline Wedeking sits in seventh, one pint behind Zachary Sims. Forty-six UTV Pros have competed in the first three rounds, including Kristen Matlock and Robby Gordon. UTV Turbo: A massive list of 59 entries in the UTV Turbo class will make this one of the most competitive classes of the weekend. Phil Blurton and Beau Judge will take on Brandon Schueler, Justin Lambert, Dustin Jones, Sierra Romo, Wayne Matlock, Austin Weiland, Mitch Guthrie Jr. and a host of other top racers will all compete for the UTV Turbo class championship. UTV Unlimited: Michael Isom and Robert VanBeekum lead a stacked deck of 25 of the best UTV Unlimited class racers in the world. Racing should be fast and furious.

The 2020 Maxxis Tires “Casey Folks” Vegas to Reno Presented by Fox will be the 24th running of the annual event since legendary founder Casey Folks first organized the 550-mile challenge in 1996. This year’s race also marks the second out of three races of the Maxxis Triple Crown which means there is $67,500 in additional prize money on top of the Best In The Desert money awarded to winners of the Unlimited Car/Truck, Limited Car/Truck, MC/Quad and UTV classes.

WHERE TO RIDE AND RACE YOUR UTV: CHAMP OFF-ROAD RETURNS TO ERX PARK