WHERE TO RIDE & RACE YOUR UTV: TEXAS UTV RACE SERIES

This Saturday, August 22nd, will be the eighth and final round of the Texas UTV Race Series hosted by Texplex Park in Midlothian, Texas. The Texplex Race Series is boasting a $110,000 purse with $40,000 going to the Pro Turbo and Pro N/A 1000 points champions. In Pro Turbos, Can-Am is sure to take the title with Kyle Hart leading Hunter Miller by four points and Cody Miller by 25 points.

Collin Truett leads the Pro N/A 1000 points in his Polaris RS1 despite missing the seventh round, with Shawn Hess 16 points back in his Hess Talon 1000R. Yamaha pilot Cody Martin is third and only 17 points behind Truett. Round six winner Cross Kirchmeier is also in the championship hunt, sitting fourth and 18 points back.

With several dirt-bike tracks and series, Texplex has a heavy moto influence with a two-moto race format. First motos have split waves with each wave timed and scored separately. The faster of the wave winners get first gate choice for longer second motos, and the two races are then scored together with the lowest score getting 25 points, second getting 22 points and third getting 20 points, like in AMA Pro Motocross.

Boodrow Nicholson (Pol) leads the Turbo Experts by 11 points going into the finale, while Max Brill, Junior, (Yam) leads the N/A 1000 Experts by 9. Rusty Pipes (C-A) leads the Turbo Amateurs by 40 points after winning the first five rounds, and he leads Senior (45+) Turbos by 31 points with another five wins. Zachary Stewart and his Talon lead the N/A 1000 Amateurs by 17 points. Rachael Cheatwood and her Can-Am X3 lead the under 1000cc class by 33 points with five wins and two seconds. 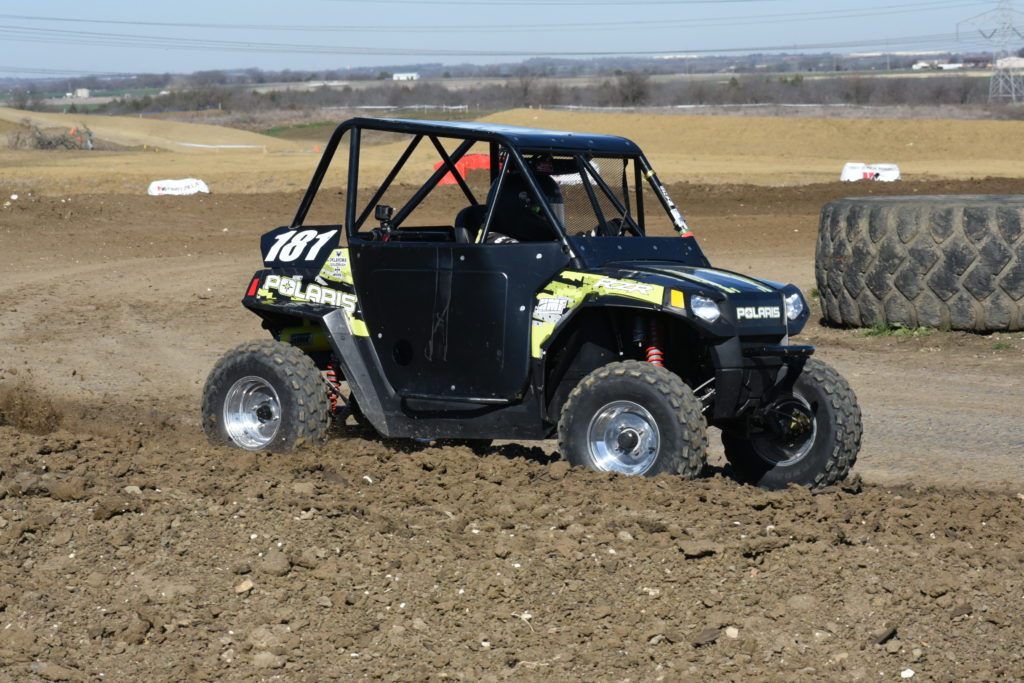 WHERE TO RIDE & RACE YOUR UTV: TEXAS REOPENS