ON THE PODIUM: WORCS 2020 UTVS AT LAKE HAVASU 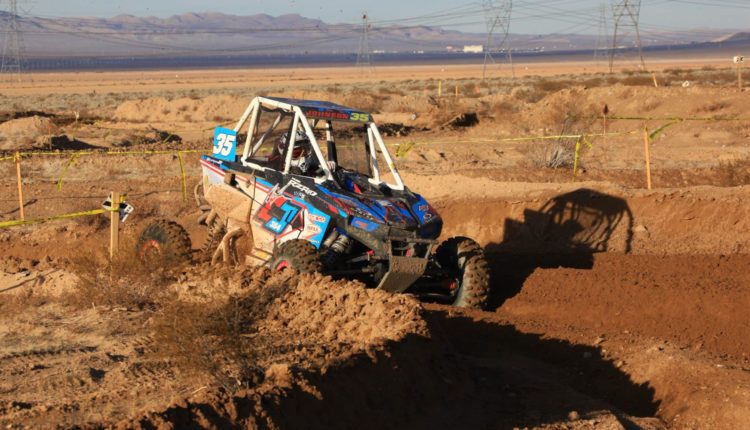 The World Off-Road Championship Series (WORCS), held its third and fourth UTV rounds at the Crazy Horse Campground in Lake Havasu City, Arizona. Hunter Miller (C-A) was the big winner in Pro Production Turbo UTVs, turning in the fastest lap time (a 4:41.625) and crossing the finish line 55 seconds ahead of John Bonanno (Pol). Davi Haagsma was third in his Polaris Pro. Defending Turbo champion Cody Miller turned the second-fastest lap and ran second half of the race before having to pit.

In Pro Stock 1000s, Chris Johnson passed Davi Haagsma on the third lap and never looked back; he won by 27 seconds over Haagsma with Beau Baron third. Polaris took the top 10 positions. In Pro Stock points, Haagsma leads Johnson, 72-67, with Matt Hancock third with 53. In Pro Turbo points, Corbin Leaverton (Pol) still leads despite a thirteenth-place finish at Havasu; he has 58 points with Haagsma second with 51. John Bonanno (Pol) is third with 50.