HOW CAN-AM WON THE DAKAR RALLY 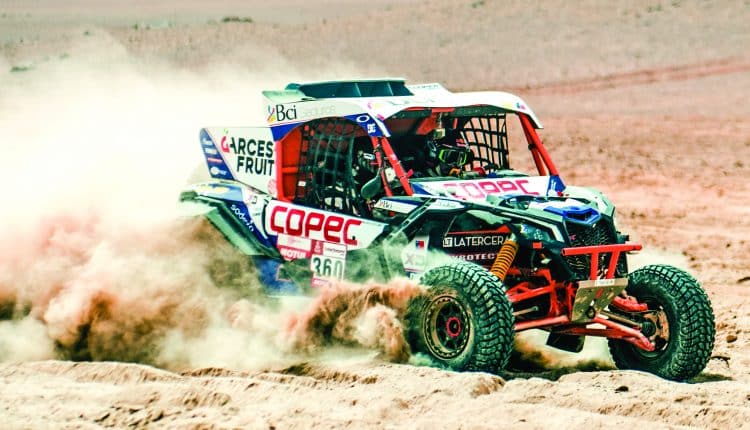 For the second year in a row Can-Am has been victorious in the famed Dakar Rally, which has been held in South America since 2009. For the 41st Dakar this January 6–17, the event was held entirely in Peru’s huge dunes and gnarly desert, with 75 percent of the racing in dunes over 10 stages. Can-Am went all in for the 41st Dakar, fielding 20 UTV teams, including seven powerhouse South Racing Can-Am team X3s, of which three were also sponsored by Monster Energy.

Can-Am’s commitment to the 2019 Dakar Rally followed a close win in the 40th Dakar after trading stage wins with Polaris throughout the 14 stages. Last year Polaris won six stages and finished second, third and fourth, but Can-Am’s Reinaldo Varela of Brazil won five stages and the UTV overall. Varela was joined for the 41st Dakar by American Casey Currie of King of the Hammers fame and Chile’s Gerard Farres Guell on the South Racing Monster Energy Can-Am squad. 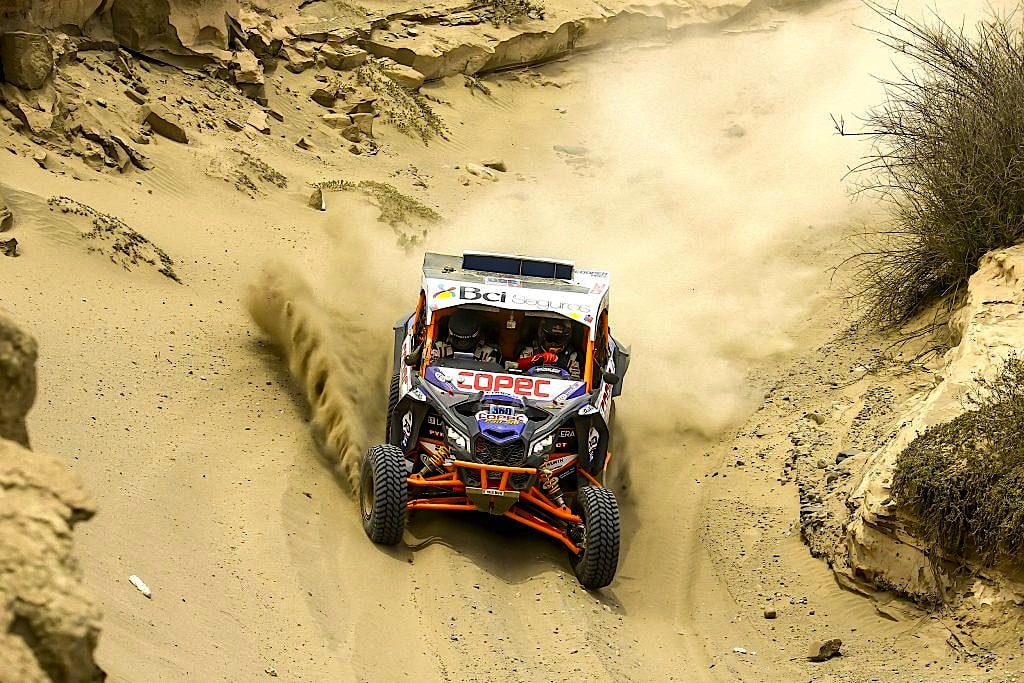 With Can-Am going all in, factory Polaris pulled out, and a full 80 percent of the field was behind the wheel of a Maverick X3 X rs Turbo R. Only three Textrons and a couple of Yamaha YXZ1000Rs took on the Peruvian dunes and desert. When the dust and “fesh fesh” (dune silt) had settled, Can-Am’s Francisco “Chaleco” Lopez of Peru had taken the victory by over an hour after 10 days and 5600 kilometers (4032 miles) of racing and more than 42 hours of special tests. Chaleco also won Stages 2, 6, 7 and 8 in his South Racing Can-Am.

Defending Dakar champ Varela was third behind Guell after winning the first and last two stages, with Dakar rookie Currie an astounding fourth-overall UTV. Currie’s fourth is the best American finish in Dakar UTV and ATV history, thanks in part to navigation by Rafael Cordoba of Chile, coaching by the team manager, and a cool and collected head on Casie’s shoulders.

Stage 4 was won by Snag Racing’s Sregei Kariakin of France, while Stage 5 was topped by Rodrigo Javier Moreno Piazzoli of Chile. So, Can-Am won every stage and took the top-five finishing positions, along with having 20 teams finish. 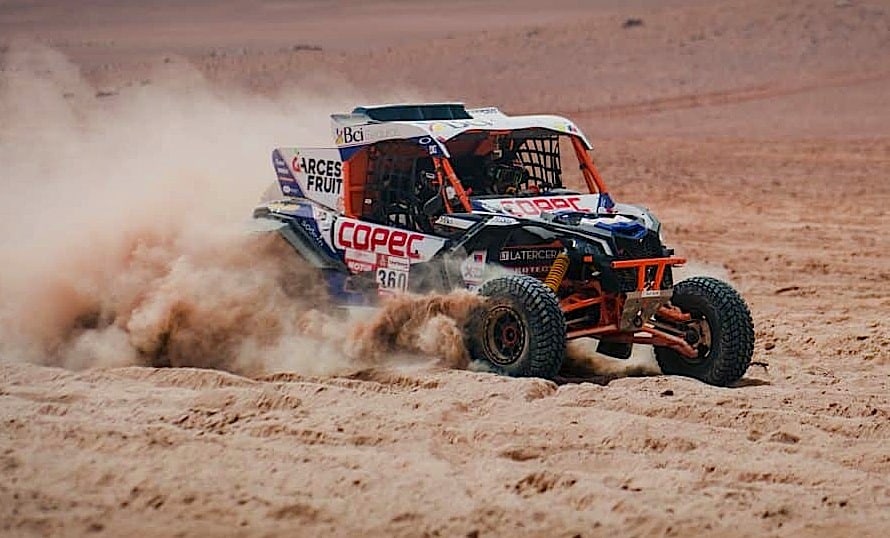 From the Dakar website, “The car category accepted new light vehicles that have notably been seen on the American Baja route and will now be trying their luck in the Dakar race. New UTV Open vehicles meet different technical standards to the SxS vehicles, although they are of similar size. SxS vehicles, a different category altogether, where the vehicles will have a purple plate, have made spectacular progress for 2019 and will include new big names such as Ignacio Casale (Chi), Francisco ‘Chaleco’ Lopez and Casey Currie (USA).”

Surprisingly, the three Textron Wildcat XX teams didn’t compete in the UTV or new UTV Open categories. Instead, Robbie Gordon and two other Team Speed Wildcats competed head to head in the main car class! Gordon, who has won many Dakar stages in two-wheel-drive Hummers and “Gordinis,” had negotiated with Dakar promoters to run in the rally-car class against the big boys in supercharged Textrons. Promoters initially agreed not to place a speed limit on the Wildcat UTVs, but decided differently in the middle of the race and placed an 80-mph speed limit on UTVs. That, my friends, is like handing out speeding tickets at the Indy 500 (with apologies to “Platoon.”)

Gordon finished 49th overall in the car class with a time of 107 hours, 21 minutes, 32 seconds, some 72 hours and 43 minutes behind the winning Toyota of Nasser Al-Attiyah. Fellow American Blade Hildebrand was the 42nd overall car, some 38 hours behind the winning truck, in the second Textron XX. It was Toyota’s first victory in Dakar history. 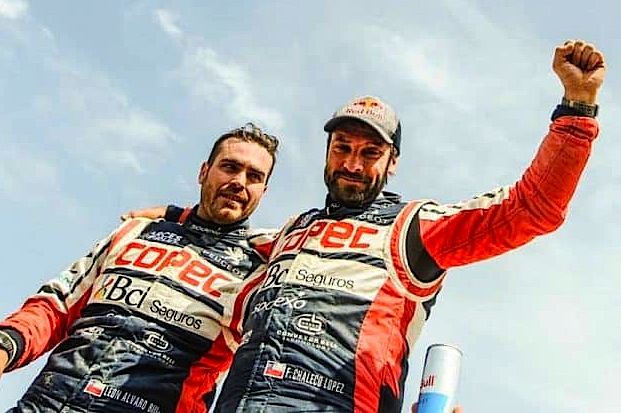 Congratulations to Can-Am, Chaleco Lopez and the South Racing Can-Am team for its second Dakar UTV victory in a row. Great job, Casey Currie, for a stellar rookie run, and we hope that Polaris and Robbie Gordon get their 2020 Dakar programs solidified for the 42nd Dakar next winter.

ON THE PODIUM: UTV RACE RESULTS