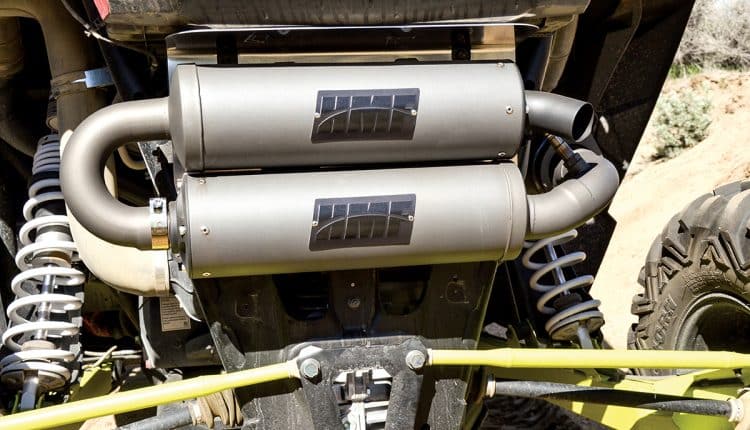 The Performance series dual full system has 9–11 horsepower and 5–7 pound-feet of torque gain at the wheels. The aluminum shells and stainless head pipe weigh substantially less than stock.

A twin muffler system that replaces the Polaris muffler in the event of a failure or if you are searching for something that looks better or is a little quieter than stock. An OEM Polaris muffler is over $600 retail with spark arrestor. The Twin Loop is only available for the Polaris RZR non-turbo models.

The system directs all of the exhaust flow through both mufflers and then out to the right side of the car. Those are Titan-QS series mufflers that HMF claims each reduce sound levels 3–4 decibels without any power loss. On the other end of the spectrum, HMF does sell an XL series that is extra loud and more powerful if that’s more your cup of tea.

The Twin Loop product is made by using two stainless steel Q-series mufflers installed inline. Our mufflers were upgraded ($100) with the Blackout ceramic coating.

HMF supplied detailed directions with photos, so the install only took minutes. It took longer to let our car cool than it did to do the pipe swap. When installing any aftermarket part, we always take a two-mile run to make sure everything is working properly before installing a new component. The only special tool we had to dig up was a long 1/4-drive extension and 1/2-inch socket to keep us from scratching the beautiful ceramic-coated muffler. 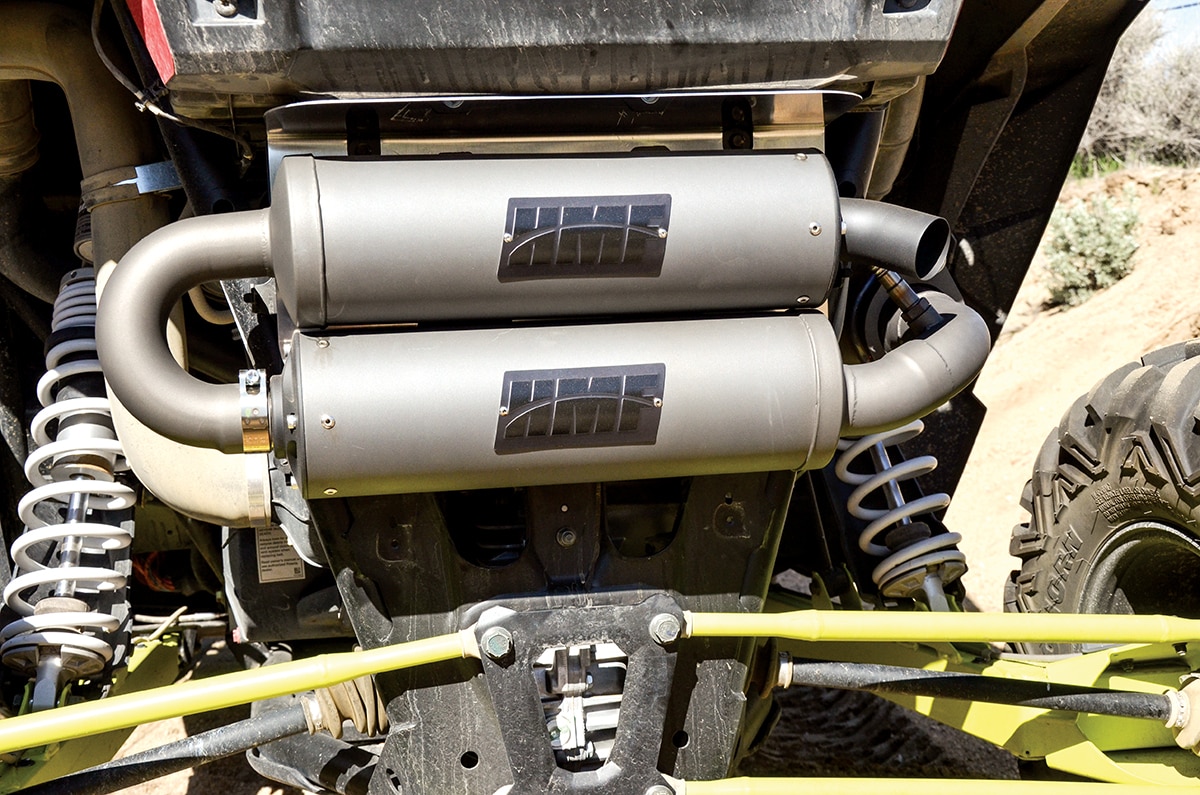 If you want to quiet down any RZR, there are only a few choices. Not only is HMF an expert in building long-lasting, powerful exhaust systems, it builds products that work. The Twin Loop works as advertised. It looks very cool, and it not only quiets the RZR’s output going down the trail, you hear much less noise in the driver’s compartment as well. As for power loss, there was none. Our RZR was just as fun as before. The only difference was that we could hear things that we normally couldn’t, such as a faint belt squeal or drivetrain noise. The product was fairly simple to install, required no fuel tuning, and we were back on the trail riding quieter in less than an hour.